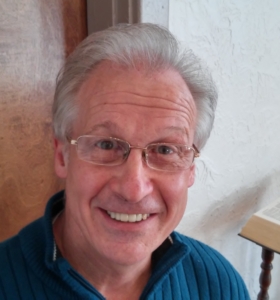 Author Mark Antonacci is an attorney, a leading expert on the Shroud of Turin, and the Founder and President of the Test The Shroud Foundation. His latest book, Test the Shroud, supports the theory that 21st century atomic and molecular level testing will prove that the Shroud of Turin is the burial cloth of Jesus.

Test the Shroud is Mark’s second book on the topic. In 2000, he released The Resurrection of the Shroud.

Mark and his wife reside in the St. Louis area.

The Author and Creator of our lives often writes in a twist that blesses us more than our original plan. Was your fascination with the Shroud of Turin one of those “Divine Detours”?

Yes, I was an agnostic who accidentally stumbled onto the subject thirty-four years ago. As a young attorney, I had never seen or heard of evidence like this that was so unprecedented and unfakable. Not only that, but this evidence related to the most important events in human history. 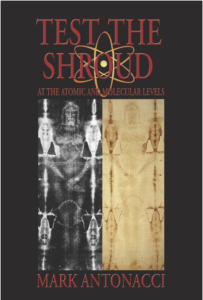 Let’s talk about Test the Shroud (LE Press, 2015). In what ways does it expand upon your first book?

The evidence that particle radiation emanated from the body, which explains the Shroud’s body images, the still-red color of their human blood marks, the skeletal features, possible coin, flower and outer side images, the excellent condition of the cloth and its only aberrant result (its C-14 dating) have all improved, as has various testing techniques. The scientific, medical and other kinds of evidence has also improved in many other areas in the last fifteen years.

You propose new testing to establish the real age of the Shroud. What are some of the facts you expect to come from this testing?

Atomic, molecular and new DNA testing could establish a number of critical points. Among them are that billions of radioactive atoms, including C-14 atoms, that could only be formed by neutrons, are distributed throughout this entire linen cloth, its 130 human blood marks and its charred materials, and even in Jesus’ reputed burial tomb. The immense numbers of these radioactive atoms and their various amounts throughout the image and non-image areas and in all four types of materials would also allow scientists to determine whether the crucified corpse was the source of these neutrons; when this miraculous event occurred; where it happened and to whom it occurred. These new tests could also identify the chemical or elemental composition of all of these materials and what is on them. They would provide more information than we have acquired in 120 years of investigating the Shroud. They would provide so much information that it would take years for scientists to categorize all of it and for the world to grasp all of its implications.

John 20:24-28 in which Thomas, the Twin, believes that Jesus resurrected on the basis of tangible physical evidence. My twin brother became a Christian a few years before I did on the basis of the New Testament and his life’s experiences. The comprehensive physical evidence that corroborated the New Testament convinced me. Yet if the Shroud is put to the test and failed, I’d remain a Christian.

See below. If I identify with another character, it’s a dog.

I grew up on a farm and in a small town. We had seventeen dogs over the years. I’ve continued to have dogs since my wife and I settled in a house with a few acres of woods. They’re the noblest creatures ever created. If people were as noble as dogs, the world would be a much better place.

Thank you, Mark. It’s great to have you as a guest at DivineDetour.

For more information about Mark and his research, visit his website. To donate to the Test the Shroud Foundation, log on here.