Mary Ellis ~ The Quaker and the Rebel 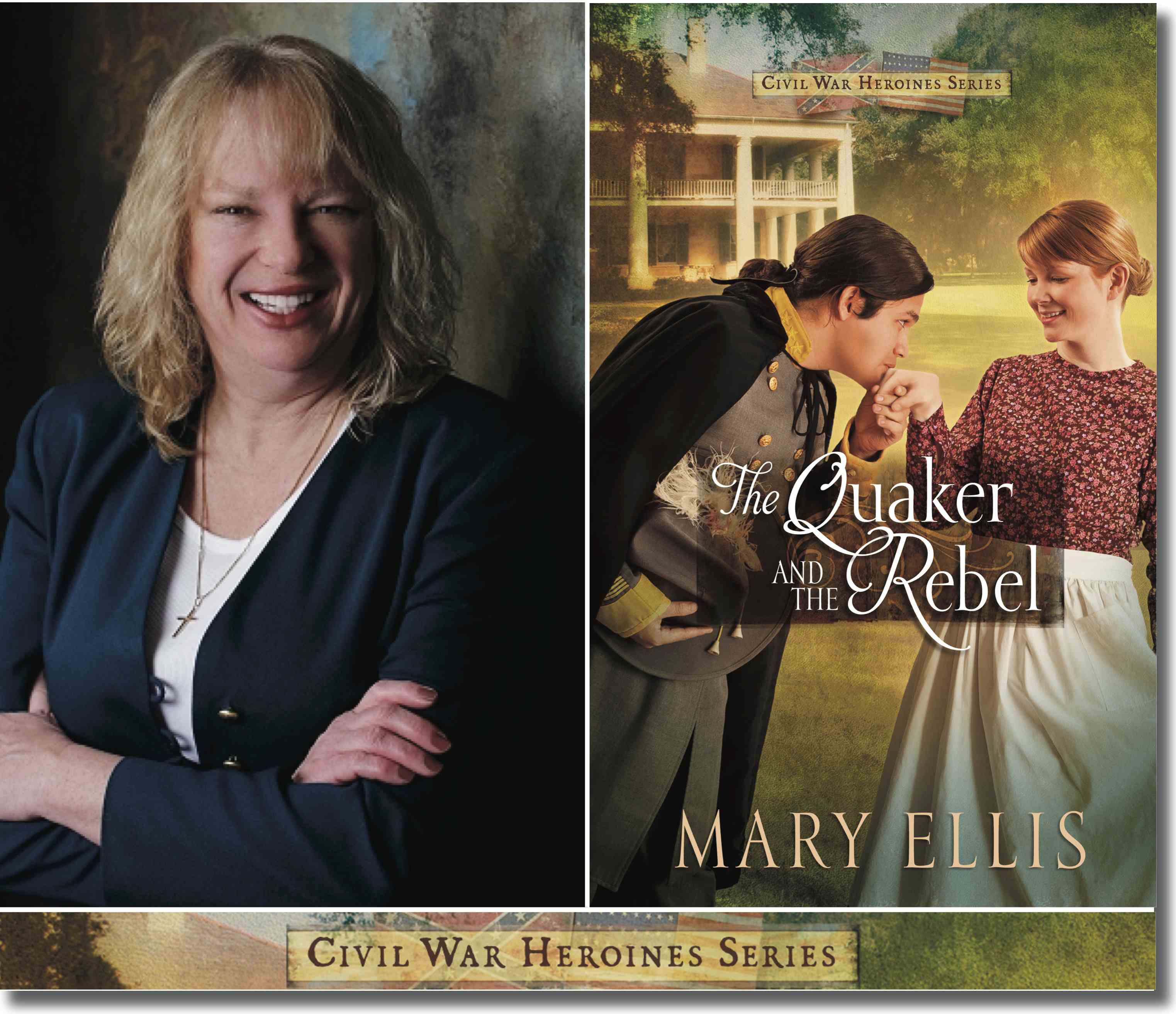 Former middle school teacher and saleswoman for Hershey Chocolate—a job many might find difficult to leave, Mary Ellis is now a multi-published and bestselling author. She has won, or been nominated for, a number of awards, from the ACFW Carol, to the Holt Medallion and the Lime Award for Excellence in Amish Fiction.

Mary and her husband live near the largest population of Amish in the United States, a four-county area in central Ohio, and often take weekend trips to purchase produce, meet Amish families, and enjoy a simpler way of life.

Read a 2012 interview with Mary here.

You are releasing several books this year—and you released several last year. How do you keep up that kind of pace?

I would love to say it has been easy, but I cannot tell a lie. I had been presented with a wonderful opportunity to write stories that excited me, so I couldn’t say ‘no.’ However I’ve pledged not to commit to more than two full-length novels per year. There are too many other commitments that accompany writing to tackle more than that. And then there’s the husband and dog and house and friends who would like me to make sense when they see me.

Let’s talk about The Quaker and the Rebel (Harvest House, January 2014), the first book in your new Civil War Heroines series. Please tell us about the book and the series.

The Quaker and the Rebel answers the question: What happens when an Underground Railroad conductor falls in love with a man loyal to the Confederacy?

Emily Harrison’s life has turned upside down. At the beginning of the Civil War, she bravely attempts to continue her parents’ work in the Underground Railroad until their Ohio farm is sold in foreclosure. Alone and without a home, she accepts a position as a governess with a doctor’s family in slave-holding Virginia, where she’ll continue her dangerous rescue efforts. Alexander Hunt, the doctor’s handsome nephew, does not deny a growing attraction to his uncle’s newest employee. But he cannot take time to pursue Emily, for Alexander isn’t what he seems—rich, spoiled, and indolent. He has a secret identity. He is the elusive Gray Wraith, a fearless man who fights the war from the shadows, stealing Union supplies and diverting them to the Southern cause. The path facing Alexander and Emily is complicated. Can their love survive as the war brings betrayal, entrapment, and danger?

The Quaker and the Rebel is book one of the Civil War Heroines series. The Lady and the Officer will release in July, also from Harvest House Publishers.

God often uses our work to teach us something. What did you learn (about life, faith, and/or even yourself) in the process of writing this book—and what do you hope others will take away from it?

I learned that there are no easy answers to complex societal problems. During my research, I learned much about the slave trade, the Underground Railroad, and why the southern states clung to the heinous institution of slavery for as long as they did. But the history of this era seems to have been corrupted either by those wishing to “sugar-coat” past behavior, or by those who wish to paint everyone with the same paintbrush. 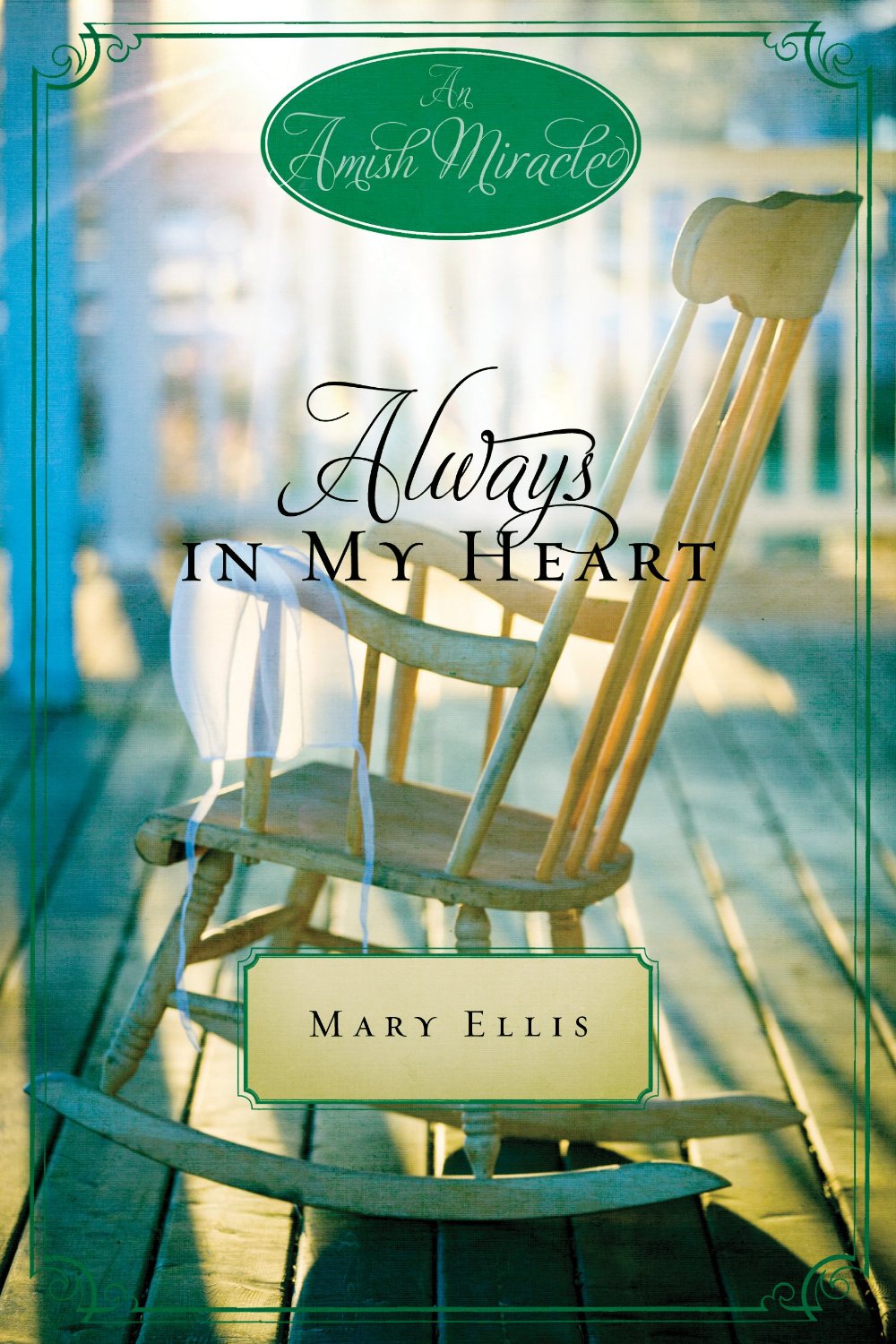 One of your stories is included in a new novella collection, An Amish Miracle (Thomas Nelson, December 2013). You wrote “Always in My Heart” as a tribute to a special detour in your personal life. Would you mind sharing a bit about that?

I don’t mind sharing at all. I was adopted when I was six weeks old by my parents. I never knew (nor did I ever wish to know) my original birth parents. My (adopted) brother sought to discover his “roots” when he became an adult. The meeting with his birth mother was a bit of a disappointment. I knew plenty of real-life cases exist wherein the reunion is joyous for everyone involved. I wanted to explore the adoption issue in a fictional story in which my characters choose a path different than my own.

My favorite song is For the Sake of the World by Brian Johnson of Bethel.

I love Hebrews 13:5 ~ Keep your lives free from the love of money and be content with what you have, because God has said, “Never will I leave you; never will I forsake you.” NIV 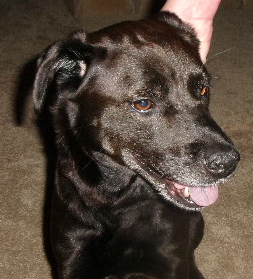 When you last visited, you had just lost Miss Daisy. Have you added another canine member to your household since that time?

That is so nice of you to remember Miss Daisy!! It was two years after she died before my husband and I decided it was time for a new dog. Never had we been dog-less for so long. In April I drove down to the Cleveland animal shelter to adopt a dog shown on TV. That dog had already found a home by the time I got there. So I chose a dog whose “time was up” in terms of adoptability. Miss Chloe is absolutely a delightful dog!

Thank you, Mary! It’s nice to have you back at DivineDetour.

Thanks so much for inviting me!!!

For more information about Mary, visit her website or her blog.

To purchase The Quaker and the Rebel and/or other books by Mary, logon to: