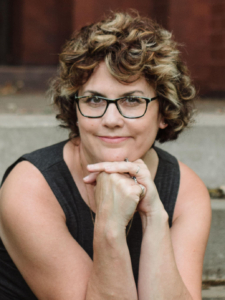 Michelle Griep has been writing since she first discovered blank wall space and Crayolas. She seeks to glorify God in all that she writes—except for that graffiti phase she went through as a teenager.

An Anglophile at heart, Michelle runs away to England every chance she gets, under the guise of research, of course. Really, though, she’s eating excessive amounts of scones while rambling around a castle. Michelle is a member of ACFW (American Christian Fiction Writers) and MCWG (Minnesota Christian Writers Guild).

She resides in the frozen tundra of Minnesota, where she teaches history and writing classes for a local high school co-op.

You’re a prolific blogger so, let’s begin with a few blog-themed questions. I have to ask about your April 26th post. The chart you created (shown below) about firsts drafts is not only humorous  it’s true to life. Which kind of first draft do you write? And what usually happens after that during your editing process?

I fall in the “Practically Perfect” category … which means it takes me a long time to get my story down on paper. I usually write between 1,000-1,500 words a day, but those are usually pretty carefully chosen words. By the time I finish a rough draft, I read through it all, tweaking here and there, snipping the areas where I got a bit verbose. Then I run it past a handful of my critique buddies who usually butcher the bajeebers out of it. When I get back their feedback, I incorporate it into my manuscript, read through it one more time, then send it off to the publisher.

In your June 13th blog entry, you discuss the five things you’ve learned about writing, since drafting your first manuscript. What has surprised you the most about the writing life? Has anything disappointed you?

Biggest surprise: The amount of people that ask me how much money I make. Really? Do you ask your plumber that? Or your veterinarian? How about the sales clerk at Wal-mart? I bet you don’t, so why ask a writer? I suspect it’s because everyone secretly thinks they can pen a bestseller and cash in on it.

Biggest disappointment: A prophet is never honored in his own town, meaning I am a bit disappointed, after going to every stinking one of my kids’ sports events/recitals/VBS productions/whatever-they-were-in that my kids (most of them) don’t read my books.

Finally, in your Be An Encourager (May 31) post, you write about the major impact a thank you note can have on a writer. What’s the most memorable note you’ve received from a reader and how did it encourage you?

The one that sticks out in my mind was from a reader who said my story “reinforced her belief that God is in control and He will be glorified.” How awesome is that? To know that the tales I create cement Biblical truth in another human being is pretty dang sweet. 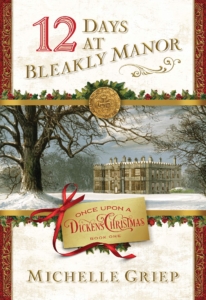 Now, let’s talk about your new book, 12 Days at Bleakly Manor (Shiloh Run Press, September 2017). Please tell us about it!

It’s kind of a mix between Dickens Bleak House and Agatha Christie’s And Then There Were None. It’s the first in a series of Dicken-esque stories to come out one each September for the next three years. Here’s a blurb:

England, 1851: When Clara Chapman receives an intriguing invitation to spend Christmas at an English manor home, she is hesitant yet feels compelled to attend—for if she remains the duration of the twelve-day celebration, she is promised a sum of five hundred pounds.

But is she walking into danger? It appears so, especially when she comes face to face with one of the other guests—her former fiancé, Benjamin Lane.

Imprisoned unjustly, Ben wants revenge on whoever stole his honor. When he’s given the chance to gain his freedom, he jumps at it—and is faced with the anger of the woman he stood up at the altar. Brought together under mysterious circumstances, Clara and Ben discover that what they’ve been striving for isn’t what ultimately matters.

What matters most is what Christmas is all about … love.

Thanks, Michelle! It’s great to have you back at Divine Detour.

It’s awesome to be here. Thanks!

To order 12 Days at Bleakly Manor, log on to: