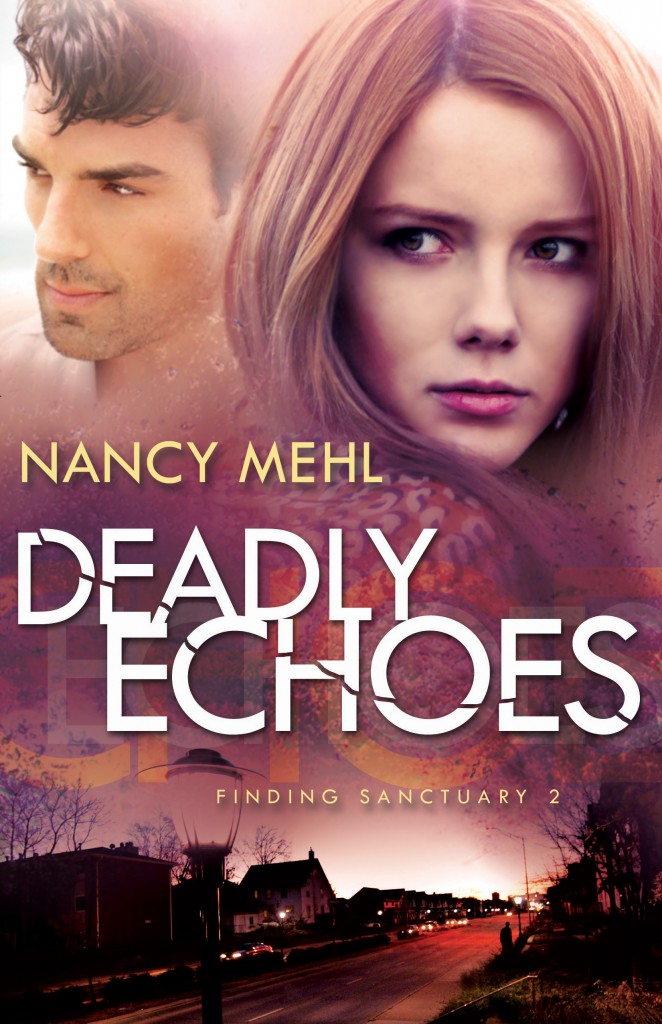 Nancy Mehl has authored more than twenty books and is currently at work on her next series. She’s just released Deadly Echoes (Bethany House Publishers, February 2015), and in November will be releasing the third book, in her Finding Sanctuary series.

She lives in Festus, Missouri with her husband, Norman, and her very active puggle, Watson.

You can read Nancy’s previous feature at DivineDetour here.

Have you ever considered writing something other than suspense-mystery?

Not really, although I also enjoy Sci-fi. Who knows? Someday I might give it a try!

Let’s talk about Deadly Echoes, the second book in your Finding Sanctuary series. Please tell us about it.

After a youth filled with tragedy and upheaval, Sarah Miller’s life is finally settled with all echoes of the past silent at last. She happily calls Sanctuary her home and spends her days teaching at the local school.

Sarah’s joy at her recent reunion with her sister, Hannah, and meeting the niece she didn’t know she had is too soon interrupted when Deputy Sheriff Paul Gleason informs Sarah her sister has been killed.

As she learns more about Hannah’s death, the circumstances are eerily similar to their parents’ murder. Sarah enlists Paul’s help in digging deeper into the murders the police are dismissing as burglaries gone wrong. Paul’s concern encourages Sarah’s growing feelings for him, but as their investigation peels back the layers of lies almost twenty years old, they get close to uncovering the truth one person will do anything to hide–even if that means coming after the last remaining members of the Miller family.

Writers often used the term “sagging middle” to describe the need to “pump up the plot” in the middle of a story. With that being the case, when you’re writing a series, have you found that the second (or middle) book is the most difficult to write?

No, not really. Every story is different, and each one has its own strengths. I try not to rely too much on a previous story to shape a new one. My intention is to create something brand new.

And speaking of series… what can you tell us about the final book in the Finding Sanctuary series, Rising Darkness, releasing in November?

Rising Darkness, the third book in this series, brings back two characters from a previous series. I’ve never done something like this before, and I really enjoyed it. In Unbreakable, the second book in my Road to Kingdom series, Sophie Wittenbauer left her strict Mennonite hometown under a cloud of shame and regret. After a rough childhood, her teenage poor choices harmed others, leaving her with no choice but to change her life.

Now, in Rising Darkness, we find her working at a newspaper. She has an entry level job but longs to be a crime reporter. She happens to overhear office gossip about a prisoner who has information on a decades-old unsolved crime. While the other reporters write off the tip as the ravings of an angry criminal, Sophie can’t ignore it because she knows the name of this prisoner from her old life.

Upon learning from the man that one of the other suspects is hiding out in the Missouri town of Sanctuary, she takes on a false identity to investigate and meets the young pastor of a local church–the very man she’d loved as a troubled teenager. As she gets closer to finding the suspect, she wonders if the truth of her own past will come out before she discovers the identity of the criminal. 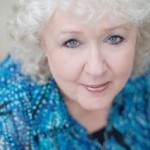 Probably Jeremiah 29:11. I truly believe God has a good plan for my life. When things are difficult, I cling to the belief that everything will work out for my good. When I sign books, I usually write “Always believe” before my signature. I don’t add that lightly. I believe faith in God’s nature and His word is the answer to every situation.

What’s the name of the last great book you read?

I absolutely loved Echoes of Mercy by Kim Vogel Sawyer. Beautifully written, with so much emotion and heart.

When you were here last time you told us about Watson. Has he (or any of your pets) ever provided the inspiration for a canine or feline character in one of your books?

Absolutely, although I might name them something else. When you love an animal, I believe their qualities help you to create believable relationships between humans and their pets.

Thanks, Nancy! It’s great to have you back at DivineDetour.

Thank you for asking me back!