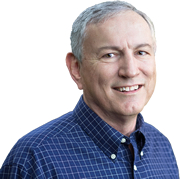 Nick Harrison is a writer, an editor, a Christian, a family man, and an encourager of those who seek happiness and wholeness in life. He hosts two blogs, one for aspiring and published writers, and one celebrating the Christian life.

Nick is the author of several books, including his popular devotional Magnificent Prayer and his latest devotional One Minute Prayers for Dads. He is also an agent for Wordserve Literary.

A husband, father, and grandfather, Nick lives in Oregon with his wife, Beverly.

You are, or have been, a writer, an editor, and a literary agent. What started you on your journey of words?

I’ve also been a Christian bookstore owner, worked for Waldenbooks, driven a bookmobile for the county library, and owned a children’s bookstore. I think it really all started when my parents gave me The Melted Coins, a Hardy Boys mystery. It was for my eighth birthday. I was bookish from early on.

On your website, you talk about two passions in life. Please explain.

When I became a Christian at age twenty, this newfound relationship with Christ became my number one passion. But books and writing were already passions of mine. I started writing stories as a child and have kept it up to this day, though mostly I write non-fiction now.

The Author and Creator of our lives often writes in a twist that blesses us more than our original plan. Have you ever experienced such a “Divine Detour”?

Yes, I’ve had several divine detours. One of the most serious was when I expanded my Christian bookstores too quickly and lost them all in a bankruptcy. It was devastating and took a while to recover. However, God saw what lay beyond that disaster and, like Job, God has more than restored what I lost in terms of occupational satisfaction. 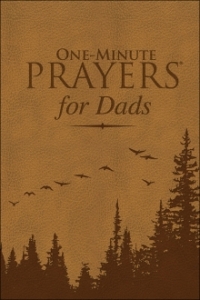 Let’s talk about your new book, One Minute Prayers for Dads (Harvest House, April 2017), released just in time for Father’s Day. Please tell us about it.

Men are busy. They don’t often take the time they should in committing their day and their children to God. One-Minute Prayers for Dads offers what I hope will be a jumpstart for busy men who can begin with the prayers I’ve written and continue on with further prayers of their own. I’ve also just turned in the manuscript for One-Minute Prayers for Husbands and will be working on One-Minute Prayers for Those With Cancer this summer. Both of those books will be published in 2018.

I admit to having a sweet tooth, so I have many favorite comfort foods. Chocolate chip cookies are high on the list. Warm pecan pie with Breyer’s vanilla ice cream melting over it is a particular favorite.

I think of myself as a slow learner, so I’m trying to think of an appropriate Bible story. I do love the book of John and so many verses in that gospel have been meaningful for me, so I might choose the entire gospel of John as the Bible passage. Early on I was drawn to Christ because of John 10:10 which tells us that Christ came to give us an abundant life. I certainly wanted that for myself and have never been able to understand people who turn away from that promise of abundance. What a sorry life I would have lived had I not come to Christ early on.

Probably the child in an adult’s body. For that reason, I also consider myself somewhat of a late bloomer. The things I’ve sought have come to me later in life than for most people. I’m okay with that.

I’ve had a couple of dogs in my life, but mostly my wife and I have had cats. My favorite was Franny. She’s been gone at least a decade. Now we have two fun cats (Mitzi and Maisie) that are just a year old. We got them as kittens and they are a real joy. They still act very much like kittens, tearing around the house chasing each other.

Thank you, Nick! It’s a pleasure to have you as a guest at Divine Detour.

To purchase One Minute Prayers for Dads, log on to: