No Other Name: The Other Side 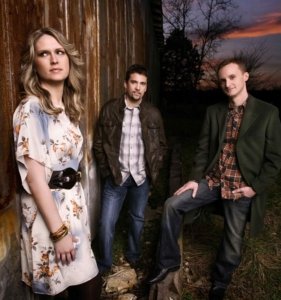 Chad Smith met, brother and sister, Sam and Laura Allen when the three attended a summer music conference at Nashville’s Belmont University ten years ago. They formed Contemporary Christian music group NO OTHER NAME and were nominated this year by the Gospel Music Association for New Artist of the Year. Curb Records will release the group’s new CD, The Other Side, next month.

The trio recently traveled to Brazil on behalf of the International Mission Board. Prior to NON’s fall headline tour in the U.S., which kicked off August 28, Chad Smith graciously agreed to this interview.

Congratulations on a decade together and your recent Gospel Music Association Dove nomination! How did it feel to be recognized by your peers and fans?

Thanks, Kathy. A decade, wow! It’s hard to believe we’ve been together that long. I’ll never forget getting the call about the Dove nomination. I remember thinking “are they sure?” It was a great feeling to be recognized and to know that our music was connecting with people. To say we were excited would be an understatement.

Sometimes we question the path down which God appears to be leading us. Has God ever provided an unexpected “detour” in your life or your work that turned out to be positive?

I think every Christian has times in life when they think they have everything figured out and know exactly what their next move should be. I read somewhere that if you want to make God laugh, tell Him about your plans. I remember the first time NON was approached with a recording contract. The guys with the label were great, and we just knew we were headed in the right direction. But at the last minute, God put up a detour sign, and we ended up not going through with the deal. We were all pretty down about it because we couldn’t understand how we could’ve been wrong. Little did we know we would have a chance meeting with Mike Curb, the president of Curb Records, which would lead to NON becoming part of the Curb Records family. This is a great example of God knowing what was best even if we didn’t. 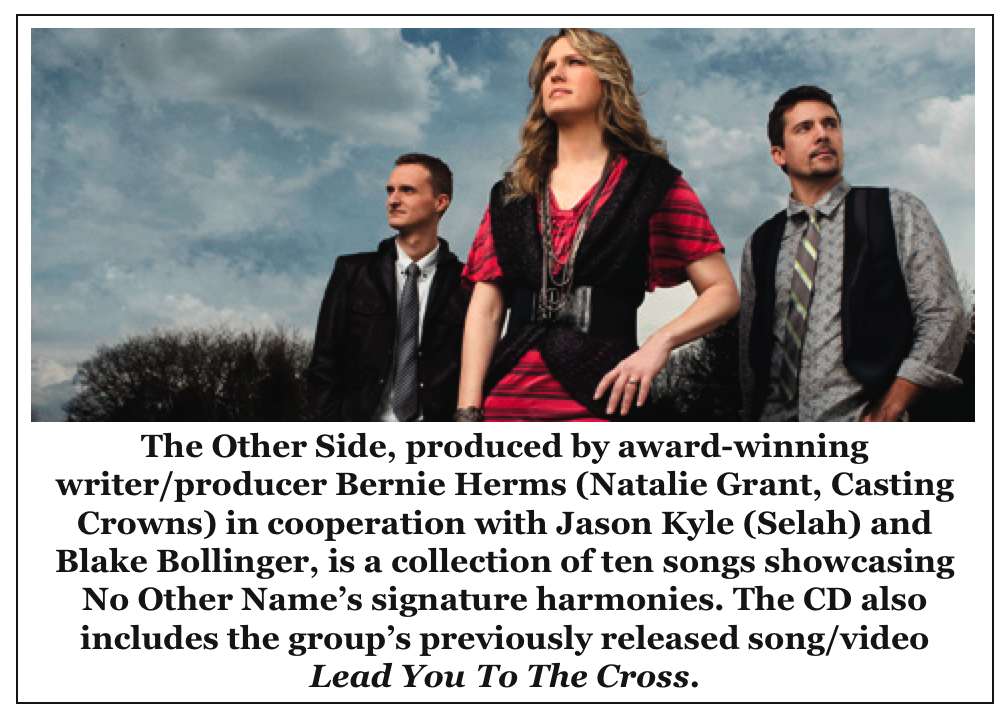 Let’s talk about your music video for Lead You To The Cross, which was filmed in Dubai. It’s beautifully done. How did it come about?

Thanks very much. The video for Lead You To The Cross was definitely a labor of love for everyone involved. This all came together when the International Mission Board approached us about using the song to tell the story of Martha Meyers. Martha was an IMB missionary to Yemen who was murdered along with two co-workers while in the mission field. She was an amazing woman who loved God intensely. When we heard story after story about the stand she took for God in her life, we couldn’t say yes fast enough. Dubai was decided on because it has many areas which are visually similar to Yemen, and because shooting in Yemen would have been too dangerous.

As Christians, how were you received in Dubai?

The people of Dubai were very welcoming. There was only one occasion during the entire shoot when we were forced to shut down and change location, but overall most everyone we met went out of their way to make us feel at home.

When did you realize that your ministry would focus on mission work, including international missions?

Missions has always been something we feel strongly about, but I never really thought we’d have the chance to make it part of our platform until we connected with the IMB. Our new relationship with the IMB afforded us a unique opportunity to share with our audience how they could be part of missions in ways they might not previously have been aware of, as well as how their involvement at the grassroots level has a direct effect on spreading the Gospel at home and internationally.

We saw early on the dedication of the IMB staff and have since experienced firsthand the global, life-changing effect churches here at home can have on people they may never meet—all because they gave prayers and financial support to missions. I’ve heard NON referred to as “the missions group.” I can’t think of a bigger honor than to be associated with such a worthy cause as missions.

You encourage Christians to participate in the Great Commission, i.e. mission work. What advice would you give to those who are looking for a way to get started?

The first thing I would say is not to assume you have to go overseas to do mission work. You don’t have to look any further than your back door to find someone in need or someone who has NEVER heard the name of Jesus. It is just as important to reach our neighbors as it is to reach a person living in a remote village on the Amazon River. God cares about them equally. You may not be able to go, but you can give no matter how much or how little. If you can’t give, you can pray which is just as important. 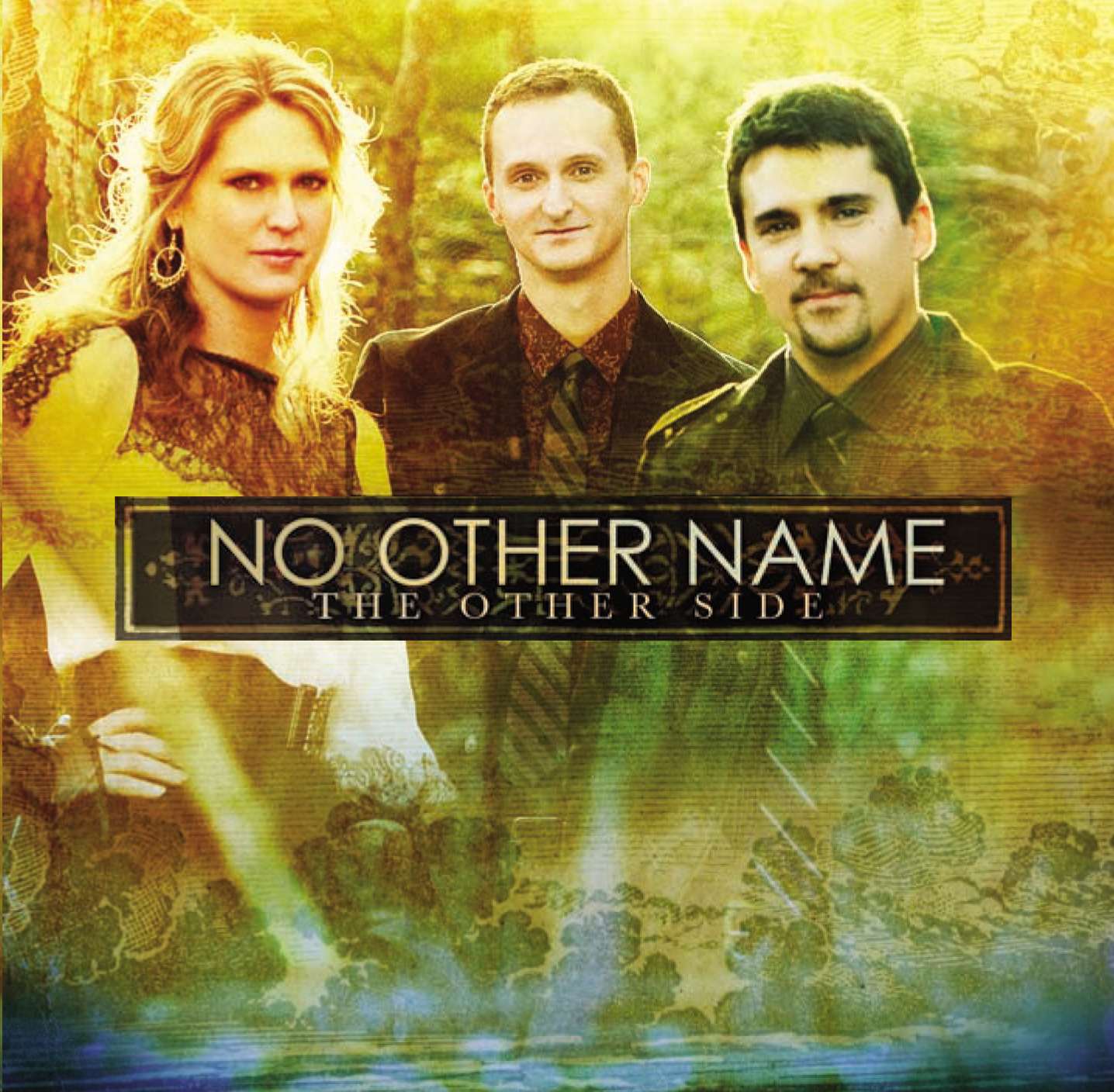 I am happy to say that for those of you who wondered if the new NON record was ever coming out, your wait is over! It’s here! It is available at www.noothername.com and will be available on iTunes.

We are also getting ready to launch the fall tour* so needless to say we are extremely busy lining up all our new material and gearing up for the road.

* See http://www.no-other-name.com/concerts.php for a complete schedule.

What is your favorite comfort food and why? When you’re out of the country, what American food do you miss the most?

Oh there are so many! I am quite certain that my Mama’s fried chicken with homemade mashed potatoes & gravy would bring peace to the Middle East! It is definitely my favorite. This may be cheating on the question, but it would have to be the food I miss most when out of the country. It’s that good.

This website features literary as well as music guests. What was the last GREAT book you read?

I am reading Crazy Love by Francis Chan right now. It is part of a study my church hometeam is doing. This book will make you take a hard look at who God really is and how much He loves us. It has reminded me of how big God is, how insignificant I am, and how amazing it is that He could love me.

The way NON travels at times I think the Willie Nelson song On The Road Again fits me just right.

Oh, definitely a minor chord. Doesn’t everybody like minor chords better than major?

In my mind I would like to think I get to be the tall, dark stranger, the romantic lead, and the warrior all rolled into one. But if you asked my wife . . . I’m sure she’d say child in an adult’s body. That’s okay though because I think all wives probably lean in that direction.

My kids have a cat named Tucker that is convinced he is human. My girls talk to him like he is a baby. It’s a little ridiculous. I had a black Labrador Retriever named Sparky when I was a kid. He definitely lived up to the term “man’s best friend.” I had him from age three to sixteen, and he was like my shadow. Every kid should be lucky enough to have such a great dog.

Thank you, Chad, for stopping by DivineDetour! May God continue to bless your work.

Thanks a lot, Kathy, for taking time out for NON. I really appreciate the opportunity to connect with you.

For more information about No Other Name, visit their website. View the Lead You To The Cross music video here. Learn more about the International Mission Board here.

Purchase The Other Side CD.