Now Is the Time to Give Thanks 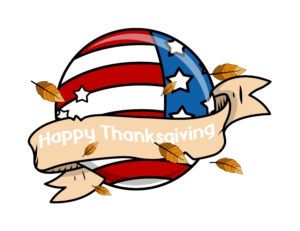 Give thanks to the Lord, call on His name; make known among the nations what He has done. Sing to Him, sing praise to Him; tell of all His wonderful acts. ~ 1 Chronicles 16:8 NIV

At last! At long last! The election is over. No more political commercials. Now that’s something to give thanks for!

Of course there’s still the little issue of who won. Some of us are happy and thankful. Some of us are not. Some may even be wondering if this is the time when God will allow the consequences of judgment to happen for the direction our country has gone. Others may wonder if He is giving us one more chance.

We don’t know. But we do know what Daniel wrote to King Nebuchadnezzer over 2500 years ago, “The High God rules human kingdoms and puts whomever He wishes in charge.”

[Daniel 4:32 MSG] So whether we are happy with the outcome or not, God has placed men and women in positions of authority in this election. President. Vice-President. Senators. Representatives. Governors. Judges. And whether we like them or not, we are expected to pray for them, respect their authority, and be good citizens of the state and country in which we live.

We also need to remember that, if every person we wanted to be elected was elected, we would not have extended the Kingdom of God. And if every person we opposed had been elected, the Kingdom of God would not be set back. His Kingdom is extended when we live in obedience to Him and love others. That’s not always easy after an election such as this one. But God will give us the courage, the strength, the desire, and the ability to do that, no matter who our government leaders may be.

So, this Thanksgiving, may we all put aside the politics and look at the many things we have to be thankful for, including the freedom to elect our officials. May we thank the Lord that He holds them—just as He holds us—in His hands. And may we praise the Triune God for these blessings.

HAVE A BLESSED THANKSGIVING!