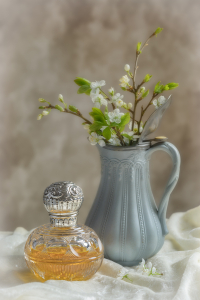 … Your name is ointment poured forth… Song of Solomon 1:3 NKJV

It’s confession time. I have never been able to “get into” Song of Solomon (or Song of Songs as many translations refer to it). It just hasn’t resonated in my life, for whatever reason. But when I read the above verse, it was one of those “aha moments.”

In Song of Solomon Christ is often considered to be the bridegroom and we, the church, are His bride, so in this case “Your name” would refer to Christ. And His name is poured forth as ointment.

So what does that mean? I wondered. Well, it definitely meant a further study of “ointment.”

I started digging into the Hebrew and Greek words used for it. And even though I love word studies, this one made my brain hurt. I decided to let the scholars and theologians deal with it. But “ointment” kept nagging at me to look at it further. So this time I chose the commentaries and study Bibles, which speak more in layman’s terms. And God used those writings to start opening my eyes …….

First of all, Christ’s name is precious to all the saints. It is not to be kept in a closed “alabaster box” like ointment in Biblical times. Instead it should be poured forth filling the air with a pleasing aroma and the healing power of His presence, becoming an aroma that brings joy to the hearts of His people.

Christ’s name is also the ointment of forgiveness. His shed blood poured forth as He hung from the cross so we might be forgiven. Healed. Shown mercy and grace. And receivers of eternal life.

As we approach Good Friday, may we remember what Christ did for us that day over 2000 years ago. And may the fragrance of that sacrifice be poured forth in our lives, and all the lives we touch, this Lenten season.

Thank you, Lord, for allowing me to explore and learn from your Word in these devotions. And thank you, Kathy, for graciously allowing me to contribute to Divine Detour the past five years.