Patricia Bradley ~ Gone without a Trace 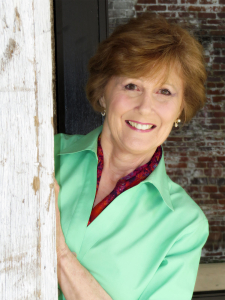 Romantic suspense author Patricia Bradley recently released her fourth book, Gone without a Trace. The first book in her Logan Point Series, Shadows of the Past, won a 2008 Inspirational Maggie and the 2012 Touched By Love and Daphne du Maurier contests, and finaled in the 2012 American Christian Fiction Writers Genesis. Patricia is also the author of short stories published in Woman’s World.

The cofounder of Aiming for Healthy Families, Inc., Patricia has a heart for speaking to young adults on abstinence and healthy relationships. She makes her home in Mississippi.

I was having trouble getting to sleep at night, and one evening as I fought the bed (and the bed won) this man appeared in my thoughts. He stood at a window, staring out at the smoke coming from the steel mills. He said to me, “My life didn’t turn out like I thought it would.” For over a month, he came back every night and just talked, telling me about all the mistakes he’d made. I never wrote that story — didn’t have the experience or know enough about the craft of writing, but it started me looking for books on writing.

After he left, other people came, telling me their stories and I began learning the craft and writing them down. Woman’s World was my first sale with a mini-mystery.

I was having trouble getting to sleep at night and this man appeared in my thoughts.

Just as all good novels include a plot twist (or two), the Author and Creator of our lives often writes in a twist that ultimately blesses us more than our original plan. Have you ever experienced such a “Divine Detour”?

I had taken a year off from work to write my novel. I believed that was what God wanted me to do. But at church one night about two months into my year of writing, I talked with a person about another desire I had — to work with teenagers in the abstinence program. She told me I should call a certain person who was already doing that work. And I did. Our conversation went something like this:

Me: I’d like to help you in the schools, talking to the kids about abstinence.

Her: Are you a nurse?

Her: Are you a teacher?

Her: I’ve only worked with nurses and teachers. I don’t understand how you think you can help me.

Me: I don’t either, but I felt God leading me to call you and offer to help, if you know what I mean.

Her: I do. How about if we meet for lunch tomorrow?

I put aside my writing, and for the next eight years I worked in the abstinence program. I helped create a program that we took all over the South, and it became a Mississippi state curriculum. Then we wrote a workbook. It was one of the most satisfying times of my life. When the workbook was finished, I was having my quiet time one day and a woman appeared in my thoughts and she told me someone wanted to kill her. That was Taylor in Shadows of the Past. God had given me my beloved suspense back! 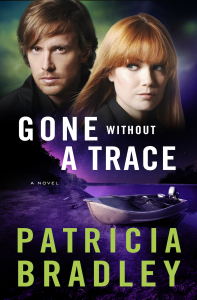 Let’s talk about Gone without a Trace (Revell, June 2015), the third book in your Logan Point Series. Please tell us about it.

I think the back cover copy does it better than I can. (It’s amazing that I can write a 95,000 word book and find it hard to write a blurb about it.)

The past is repeating itself — and time is running out.

It’s been more than two years since homicide detective Livy Reynolds’s cousin disappeared from Logan Point. Unlike most people in her hometown, Livy has never believed that Robyn left voluntarily. When Dallas private investigator Alex Jennings contacts her concerning a senator’s missing granddaughter who was last seen in Logan Point, Livy notices eerie similarities between the two disappearances. With self-doubt plaguing her after killing a teenager in the line of duty and an almost instant dislike of the self-assured PI, she’s finding this investigation an uphill battle. But with the prospect of finding her cousin on the horizon, she’ll have to find a way to work with Alex — before it’s too late.

Where do you get your ideas for your stories?

They appear in my mind. I truly believe God gifts me with each one, but sometimes He uses the news or a story someone tells me.

… a woman appeared in my thoughts and she told me someone wanted to kill her.

Everyone always says chocolate, and I love it, but I’d probably trade all the chocolate in the world for these yeast rolls that a diner in my hometown has. I love bread.

I’ve read so many good books lately, Sandra Orchard’s Desperate Measures; Stephania McGee’s The Whistle Walk; Beth Vogt’s Crazy Little Thing Called Love. But if I have to name a favorite, it would be Lizzy and Jane by Katherine Reay. Lizzy’s struggle with her sister’s illness touched my heart.

I’d like to say I’m the mysterious woman behind dark glasses, but I ran this question past friends and their consensus is I’m the strong, female lead. One even suggested a category you don’t have up there: the crazy aunt.

I love dogs, too, but really don’t have time to meet their needs right now. So, I have a cat. Well, actually the cat has me. She chose me at the animal shelter, and I took her home. Unfortunately she had FIP, which is usually fatal. Fortunately, no one told SuzyQ she has it. And three years later, she’s still bouncing off the walls. My vet said last year, that if a cat makes it past two, they would survive. Which makes me very happy.

Thanks, Pat! It’s great to have you as a guest at DivineDetour.

Thank you! I’ve enjoyed being here.

To purchase Gone without a Trace, log on to: