Rachel Phifer ~ The Language of Sparrows 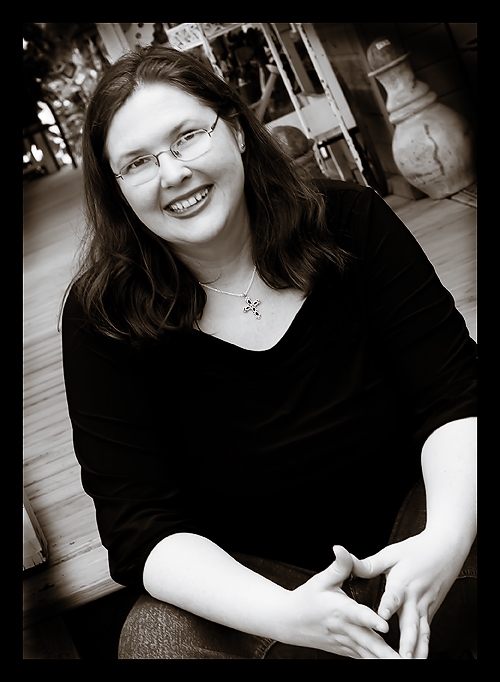 As the daughter of missionaries, Rachel Phifer grew up in eight cities in four different countries (U.S., Malawi, Kenya and South Africa). When she graduated from Rift Valley Academy, it was her eleventh school in twelve years.

After high school, Rachel returned to her family’s point of origin, Houston. And, although she’s had flights of fancy about teaching school in Nicaragua or becoming a missionary to Bulgaria, she’s stayed rooted in Texas.

Meanwhile, as a writer, she’s had some rather amazing adventures on paper. Her debut novel releases tomorrow.

I’ve always been a writer. I filled notebooks with stories from the time I could write sentences, but being a novelist seemed like an impossible dream. So I did the practical thing. I became a teacher and then negotiated contracts for a hospital. I didn’t get serious about writing until I had kids. It didn’t make any sense of course. I was working full time and taking care of my family. I got up at four or five in the morning to write and would edit during my lunch breaks. I didn’t know if I’d ever be published, but becoming the mother of two little girls changed the way I looked at things. Writing wasn’t about a pipe dream any more, but about living out the passion God gave me.

Almost every day. My life never goes according to plan, but God is always close. The most striking detour I took was in my twenties when I had a crisis of faith. It was confusing at the time, but I can see now that exploring my doubts was a good thing. God brought me to an understanding of the depths of His love and wisdom. And my trust grew when I realized that our God is a God of truth, which makes every question safe.

I write to search out answers to my own faith questions. What is God up to when it seems like we’re all on our own? What does it look like when He blesses us with His love or His power? What does redemption look like? Writing is hard work for me, but I love it. When I write, I’m more aware of the sacredness that’s woven through ordinary life. 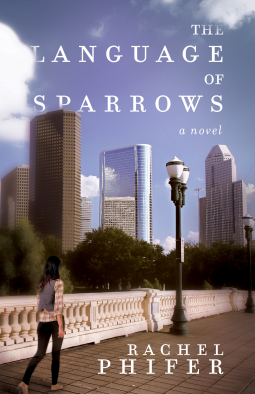 Let’s talk about The Language of Sparrows (David C. Cook, July 2013). Please tell us about it.

The Language of Sparrows is the story of Sierra, a brilliant teen, and of the adults who come together to help her. Despite her intelligence, Sierra is skipping school and withdrawing from those around her. Her mother, April, stubbornly keeps an upbeat attitude for her daughter. But the camera stored deep in her closet won’t let her forget that she’s let her own dreams slip away.

Just across the bridge, lives old Luca, scarred from his time in communist Romania years before. He has seemingly given up on relationships, even the one with his adult son. But when Sierra finds Luca digging in his garden, despite his prickly edges, she knows she wants to pursue a friendship with him. Not everyone is happy to see the unpredictable man spending time alone with vulnerable Sierra though, not even Luca’s son.

It is this unconventional relationship that will bring the two families together to form friendships and find healing. Together, the four will unearth their family stories, stories which just might give them the courage to soar on wings toward a new future.

What did you learn (about life, faith, and/or even yourself) in the process of writing The Language of Sparrows?

At the time I wrote my first draft, I had a pastor who was an extrovert of extroverts and a theme he regularly preached on was reaching out to others in ordinary life—our neighbors, our coworkers, our relatives, etc. The thing is, I’m rather shy, and my life was messy. I didn’t think I had it in me to reach out to anyone or had anything to offer if I did. As the story came together, I realized my characters had even messier lives than I did, and yet when they offered friendship to each other, it turned into something beautiful. All of us have times when all we have to give someone else is our brokenness or shyness or what have you. God can use that. It’s our handful of loaves and fish. We offer it. God transforms and multiplies.

Sugar always does the trick. Milky Way Dark is my favorite, or if I’m feeling rich, Green & Black’s toffee almond milk chocolate. A baking urge will overcome me every once and a while, and then I’m likely to make an apple crisp or cinnamon rolls.

I don’t have one speck of musical talent, I’m afraid. I love to sing with the congregation in church, but I can’t carry a tune to save my life. I’m content to enjoy other people’s talent.

I’d have to say a piece of quiet passion that builds. Maybe Beethoven’s 7th (second movement). I thought about Elton John’s prelude to Funeral for a Friend too. It’s beautiful, but the title sounds a bit morbid, doesn’t it?

Probably the mysterious woman behind dark glasses. Though I don’t know if I can live up to the sophisticated image that brings up! I’m American who grew up in Africa. As a result, I’ve always felt I belong everywhere I go, and yet I’ve also felt a bit out-of-sync with people everywhere I go. Plus, as a writer, I guess I had to be a little off-beat. Anyway, I’m quiet, so only a few people know the “real” me. Does that make me mysterious? I’m not sure.

Oh, I love animals! We have two pets. Quincy is a Jack Russell terrier mix. She’s getting on in years but still always meets us at the door with a toothy grin that looks as if she’s ready to eat us for dinner. She’s really very mild though. Kevah is a stray tortoise shell cat my daughter picked up from the bus stop. We call her our rescue panther. She’s still got wild cat survival instincts and often makes a sudden lunge at us as if we’re prey she found in the forest. Mostly she sits on high perches, like the top of the bookshelf and puts on Olympic-worthy gymnastic shows. On a good day she’ll grace us by allowing us to pet her once or twice.

Thanks, Rachel! It’s nice to have you as a guest at DivineDetour.

Thanks for having me, Kathy. I enjoyed your questions.

To purchase The Language of Sparrows, logon to: