Rebecca DeMarino ~ To Capture Her Heart 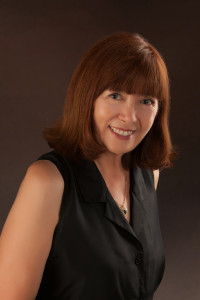 Historical romance author Rebecca DeMarino has spent much of her life traveling. The daughter of a Navy pilot, Rebecca moved routinely with her family from state to state, until her parents laid anchor on a ranch in Oregon. Similarly, after she met and married an officer in the U.S. Air Force they welcomed three daughters, each born in a different state.

After working sixteen years with a major airline, Rebecca is now retired and fulfills her continued wanderlust via family and research expeditions. It was one of those trips that sparked the idea for her first novel. Likewise the second, To Capture Her Heart, which released last month from Revell.

Rebecca and her husband reside in the Pacific Northwest.

When did you first know you wanted to be a writer?

I’d wanted to write a novel since high school, but I only thought about it once in a blue moon as I crisscrossed the United States with my military husband while raising our three adorable daughters.

Oh, yes! Just about the time I was ready to start writing what I thought would be contemporary suspense, I went on a trip with my mother. My mother was born a Horton, and she grew up hearing the stories about how Barnabas Horton (my ninth great-grandfather) came across the pond on a little ship called The Swallow. My brother was into genealogy and discovered there was a lighthouse named after him on Long Island. I worked for an airline, so I asked my mom if she’d like to fly out and see it. We were amazed at all of the information at the lighthouse, library, and the historical society about Barnabas. But by the time we were home, I could not help thinking about his wife Mary. I’d discovered Barnabas was a widower with two little boys when he’d married her, and I couldn’t help wonder what motivated her to marry him and then leave home and family behind to go to the wilds of New England. I knew I wanted to write her story — to give her a voice.

Let’s talk about To Capture Her Heart (Revell, July 2015). Please tell us about it.

To Capture Her Heart is set in 1664 — a time on Long Island when the boundary line that divides the Dutch west end from the English east end is much contested, and fourteen years after the end of book one of The Southold Chronicles. While researching A Place in His Heart, I found a tidbit of information about Heather Flower, the daughter of the Grand Sachem of Montauk, Long Island. She was kidnapped by a rival tribe to the north and an Englishman, Lion Gardiner, paid her ransom. While some believe the story is lore, I did find a document written by Gardiner himself that mentions the ransom. It intrigued me, but it didn’t fit with the time period of the first story. She had such strength that she became my heroine in book two. The story takes up when she is left for dead after the ransom is paid and she is rescued by Dutch Lieutenant Dirk Van Buren. The Hortons and Southold are still the backdrop for the story, and Ben Horton is all grown up! In an uncertain time, Heather Flower faces a choice that will change her life forever!

You’re not the only writer in your family. Please tell us about that.

My dad, Howard Worley, began his first novel at age eighty-six! He has always been a big influence on my life, and his love of reading and horses are two of the passions we share. He was also the one who could bring history to life for me when I was in school.

Shortly after I began writing my first novel, I traveled with him to Southern California to visit family. I remarked that the historical resort we stayed at would make a good setting for a story. On our way home while standing in the airport security line, he nudged me and said the story should be set in the 1800’s. I told him I was thinking contemporary suspense. When we got home, he wrote me an email with a complete synopsis of his 1860’s story. I said, “Dad, why don’t you write it?” And he did!

In 2010, he had written most of the story when he required an emergency aortic valve replacement. It was successful, but two days later he suffered a stroke and was in the hospital for a month. After three more weeks at the Oregon Rehabilitation Institute, he was back home on his 100 acre ranch. My siblings and I took care of him 24/7 his first year back home.

By 2012, he was living on his own again, my siblings and I stayed with him just on the weekends to take him to church. He was ready to finish the book, but it took hours to type a sentence or two. So he dictated as I typed, and that April he typed The End! It’s a western romance, Louis L’Amour meets Zane Grey, called The Stagecoach Murders. Boone seeks justice, Lily seeks vengeance — both want to find the killer. If they cannot trust each other, can they trust their own heart?

If I’m trying to work my way through a tough spot in my writing, it is Peanut M&Ms. A big bag! But when the hard part is done and I’m either recuperating or celebrating, it is a grilled cheese sandwich. In the winter I’ll add a cup of tomato bisque soup.

It is Isaiah 41:13, “For I am the Lord your God, who upholds your right hand. Who says to you ‘Do not fear, I will help you.’” There is such power in that verse.

I smile at this question, because I rather think there’ve been moments in my life I’ve been in each of these roles, or at least would have liked to have been :o) But mostly, I think I’ve been the girl next door.

I’ve had cats and dogs, and nursed a few hamsters back to life, but my favorite pet as a child was my horse, Star. My dad bought me my first pony (Susie) when I was ten and he bought Star when I was twelve. To me, she was a dream come true. Nowadays, we don’t have pets, but we enjoy the hummingbirds who grace the feeder, the rabbits who eat our clover and an occasional deer sighting.

Thanks, Rebecca! It’s great to have you as a guest at DivineDetour.

Thank you so much! Fun questions! I’ve enjoyed being here!

To purchase To Capture Her Heart, log on to: