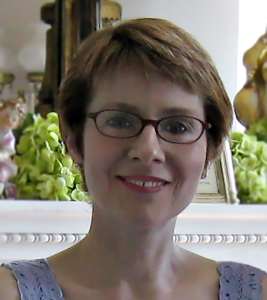 As a child, Shannon L. Brown was a voracious reader, but she never planned to become a writer. Years later, an idea for a children’s mystery popped into her head. That story would become her first book, The Feather Chase.

Shannon started writing magazine articles on the side, gradually moving into full-time work. She is now an award-winning journalist, having sold more than 600 articles for local, national and regional publications.

She lives in Nashville, Tennessee with her professor husband and their calico cat, Evie.

This book represents a change for you. Your debut was middle grade, but Falling for Alaska is adult fiction. Was this project a Divine Detour or a planned career path?

A Divine Detour! Years ago, I honed my writing skills by writing several romances, but thought that was my past. None of my ideas (and writers have many ideas) was for that genre. Then this spring I learned of a writing contest by a romance publisher and wondered if I should enter. I asked two people I trust to pray about it, and within days I not only knew in my heart that I should enter, but I had elements of the plot and the main characters’ names, something that I often spend hours researching. I made it past the first level of the contest, and although I didn’t take first prize, I feel like I did because I fell in love with this story and knew I had to publish it.

Then came Detour #2: The book was set in a fictitious small town outside of Nashville. Within a 24-hour period, three different people told me I should write a book about Alaska, the place where I was born and raised. When I shifted the story to Alaska, it all fell into place. 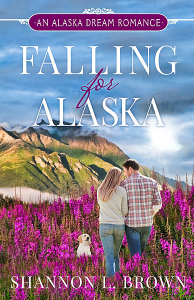 Let’s talk about Falling for Alaska (Sienna Bay Press, November 2015). Please tell us about it.

Falling for Alaska is a fun book with some serious moments. It takes place in Palmer, Alaska, a real, small town outside of Anchorage, the state’s largest city. Jemma Harris inherits a house from her great-aunt. Wanting to escape her corporate job and start her own business, she leaves Atlanta and moves to Alaska. Jemma’s dream is to have a retail store selling the furniture and accessories she rehabs or “flips.”

Her neighbor, the oh-so-gorgeous Nathaniel Montgomery, doesn’t enjoy the sounds of a workshop coming from her garage and tells her so. Their relationship begins on a rocky note that isn’t helped by baggage from his childhood that causes him to hold people at a distance. When they find a stray puppy, he has little choice but to take it into his house, and his life begins to change. It isn’t long before Jemma and Nathaniel also find their relationship starting to change.

What was the catalyst for this particular story?

I’d discovered HGTV’s series Flea Market Flip with Lara Spencer and had recorded a bunch of episodes. As I watched them, a character came to life, one who enjoyed taking old furniture and turning it into something new. That character became Jemma Harris in Falling for Alaska.

I’m editing the second book in the Crime-Solving Cousins Mystery series, The Treasure Key, and am working on the sequel to Falling for Alaska. The Treasure Key continues with characters Sophie and Jessica who, along with some friends, search for lost treasure. The sequel to Falling for Alaska (as yet unnamed) takes Jemma’s sister Bree Harris to Alaska’s far north, up near the Canadian border, an area of Alaska most Alaskans never see. Creating characters and working on the plot are so much fun!

As a native of Alaska who now lives in Tennessee, what do you miss most about your home state?

The fresh fish and the light in the summer. I’ve stood in a river and scooped up salmon in a net — something that’s legal for residents. Salmon doesn’t get fresher than that. Mid-summer is light almost 24/7: the sun seems to rise as it sets. Visitors are often bothered by the light nights, but I can sleep in any light.

What Bible story, parable, or passage most encourages you or best describes your journey of faith?

I often read the story in Matthew 14 where Jesus walks on the water and Peter steps out of the boat to join Him. First, Jesus tells the group in the boat, “Take courage! It is I. Don’t be afraid.” (NIV) I love that because Jesus is saying that He’s there so they shouldn’t be afraid. Then Peter steps out of the boat and actually walks on the water. He’s stays on top of the water until he lets fear in. I apply this to my own life. I know that Jesus is with me so I should not fear. And if fear tries to seep in, I push it away because I really do want to walk on water or the equivalent in my writing and my life in general.

I’m a dog lover, so please tell us about the canine character in the book! Does your cat Evie have a cameo?

The puppy in the book has charmed me to the point that she seems real. I’m so glad Nathaniel took her into his home and his heart. She’s a mix that appears to be mostly golden retriever or yellow lab, and she has a sweet nature.

My calico cat Evie found her way into the book as the cat that Jemma’s watching for her sister Bree. Bree, a doctor. and her calico cat Stitches will go north together in book two.

Thank you, Shannon! It’s nice to have you back at DivineDetour. Have a happy and blessed 2016!