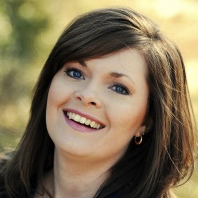 Sherri Wilson Johnson is a writer and speaker who loves to encourage people, help them forget about their troubles, and make them laugh. A graduate of the Christian Writers Guild two-year Writing for the Soul course, Sherri has been published in multiple homeschool publications and three Bible study guides, and is the author of two inspirational romance novels, To Dance Once More and her recently-released Song of the Meadowlark (OakTara).

Since she was eight years old, when she wrote her first short story, Sherri dreamed of becoming a published author. She wrote her first novel when she was a young woman, and then took a long break from writing. Finally, in 1993, after marrying and spending fourteen years homeschooling her children, she restarted her writing career.

Sherri, her husband, and their children reside in Georgia.

You wrote when you were younger, and then you set writing aside for a while. What kept the dream alive?

I have come to realize that writing is a calling. That’s the only way I can wrap my brain around the uncontrollable urge to do it. Before I was published, I would beg God to just take the urge to write away from me if it was never going to develop into a career. And every time I prayed that prayer, God gave me more ideas! Sometimes I wrote articles for online magazines, or blogs, or homeschool resources, or Bible studies. It really didn’t matter. I’m addicted to writing. I prefer to write fiction but I’ll write just about anything. Even when time didn’t allow for writing projects because of part-time jobs or homeschooling or sickly parents, I knew it was a part of me and I had to keep at it.

I’ve always said I would never write anything that shamed my dad. He was a Southern Baptist preacher. What it really boils down to is that I would never write anything that would shame my Lord and make a mockery of my faith. But other than that aspect of it, I can say that the struggles my family has gone through have tested and strengthened my faith and that overflows into my writing. When you have something so marvelous at your very core, it can’t help but spill out in your writing. It’s actually easier for me to write about my faith and demonstrate my faith through my writing than it is to show it sometimes. 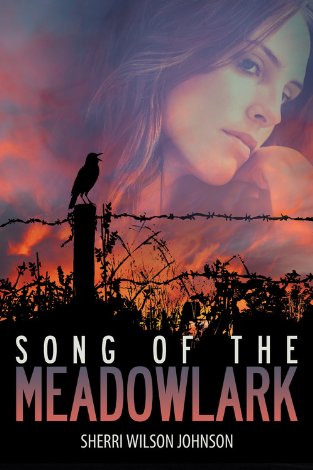 Let’s talk about your new book, Song of the Meadowlark (OakTara, September 2012). Please tell us about it.

When trusting others causes nothing but pain and rejection, and loving ends only in loss, what will it take to restore hope again?

Shamed by the uncovered truth about her missing husband’s secret life, Cora Buchanan sets out on a road trip for home to mend her broken relationship with her parents. While traveling through Georgia—through a town experiencing missing and murdered women—her car breaks down leaving her stranded. Cora stays at the struggling Southern Hope Ranch until she can get back on the road. While there, a bond develops between Cora and little Susie O’Reilly, who unexpectedly fills a void in Cora’s heart. Cora learns the news of her absent husband’s murder. She finally journeys home but wants to return to Georgia to help save the ranch and to aid the family, when the crimes hit too close to home. Will Rex O’Reilly, the bitter widower angry with God—and father to Susie—stand in her way?

In 2009, my family experienced two detours. The first one came when my daughter, who had just graduated from homeschool, hydroplaned in the rain in her 1972 Beetle, jumped a median, hit another can head on, and broke her back and knocked out her front tooth. She was life-flighted to an Atlanta hospital with the possible threat of paralysis. She spent three days in ICU and six weeks on bed rest. Even though she had to endure three months in a back brace, oral surgery, and multiple follow-up procedures, she was not paralyzed. It was a time where all things in my life, including homeschooling and my part-time job, as well as my writing, came to a halt.

By the time September rolled around, my daughter was back to her normal self, telling her story, and my son and I started his tenth grade year. A few days later, my husband was laid off due to the failing economy in Georgia. So for months, while I schooled my son, my husband looked for a job and did any side job he could find. We struggled but made it through the winter blues, including the sadness around the Holidays from not being able to give gifts.

In April of the following year, my best friend suffered a subarachnoid hemorrhage and nearly died. I have never begged God so hard for any one thing but I begged him to spare her life. He did. And even though it took months for her to heal, she recovered almost to 100%. A few months later, we finished school and my husband went back to work. That was a detour I would have never expected and would have never wanted to go through. But during that time, my faith was strengthened, we were loved on by so many people, we saw God work in BIG ways, and my writing became so much fuller.

As a speaker, what’s your favorite topic?

I love to encourage people along their journey—to spread the joy and fulfillment of living according to the Lord’s will for your life. Whether it is about homeschooling, writing and publication, or women’s issues, I always sprinkle in the wonderful news of God’s grace and forgiveness and try to encourage people to live according to their giftedness.

The path to publication can be emotional, with lots of ups and downs. Can you share a funny or poignant story about your journey?

Yes, it truly is a journey full of ups and downs. It’s been a long road and one that I have mostly loved even though the wait was longer than I wanted. I learned a lot about writing during this time and now know that there was a reason my work did not get published in those early days. One thing about the journey that is particularly poignant for me is that both of my parents passed away before my debut novel was published. I would have loved sharing that moment with them.

I love banana splits from Dairy Queen. Oh, I enjoy a cup of coffee when I’m writing and I love to nibble on York Peppermint Patties and such, but nothing makes me feel the way a banana split does—except maybe roasted marshmallows.

As a PK (preacher’s kid) of a Southern Baptist preacher, I did a lot of solos in church when I was growing up. I also tried to learn to play the guitar and loved Hank Williams, Jr.’s songs. Tried is the stressed word here. I married a talented musician and both of my young adult children are very musical. My son can play pretty much any instrument he can get his hands on. I, on the other hand, am mostly talented at playing the radio although I can do a mean Patsy Cline.

This is a funny question I almost hate to answer. Since Patsy Cline is one of my favorite singers to imitate around the house, my family would say that “Crazy” would be the song to define me. It was even my daughter’s ring tone for me at one time.

Hmmm, I love songs in the minor chord. I love what the melancholy sound does to my heart and how it makes me want to write something romantic or tragic. So I guess I am a minor chord.

I’m a little of it all except for the little girl trying to walk in high heels. I am strong. I don’t cry often. I am a problem solver. But I am the girl next door, too. I love to be at home barefooted. I’m more comfortable and happy there than anywhere. However, I tend to take on more than I can handle—acting as the super heroine a bit too much. But there is a bit of mystery inside me—a part of me that no one seems to understand. A desire to achieve more than may be possible in my lifetime.

I am a dog lover also! Yay! We have a twelve-year-old black Labrador named Sheba and a two-year-old Chihuahua named Posey. Posey is not a dog though. We’re not real sure what she is. She never leaves my side and usually lies in my lap when I write. Growing up, my favorite pet was my Peek-a-poo named Raggie. She was black and curly and so much fun to cuddle with. My all-time favorite animal to make into a pet would be a Bengal tiger!!!

Thanks, Sherri! It’s nice to have you at DivineDetour.

For more information about Sherri, visit her website at http://sherriwilsonjohnson.com/

To purchase Song of the Meadowlark click here for links to online retailers.