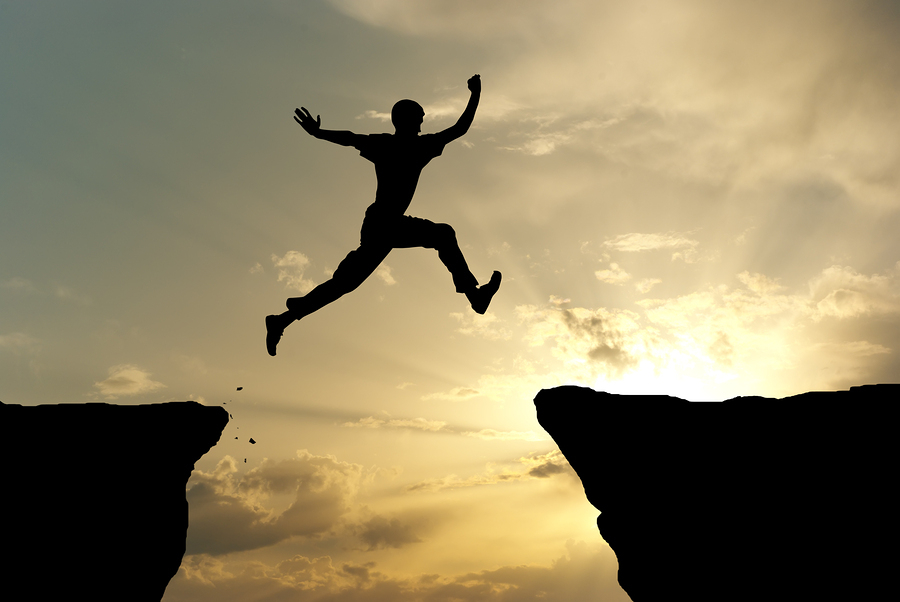 The sun was shining brightly through the windows at the care center where Daddy and I were sitting in the hall. He had been restless that day and attempted several times to get out of his wheelchair. I gently reminded him each time not to get up, but his Alzheimer’s prevented him from understanding the danger, or even remembering the times he had turned the wheelchair over.

As he tried one more time to get up, I said a little more firmly, “Daddy, don’t do that. You’re taking a chance on falling and hurting yourself.” He looked at me with that stern fatherly look and he said in his very firm fatherly voice, “Now Linda. Columbus took a chance when he sailed across the ocean.”

Well, Daddy did have a point.

Columbus definitely took a chance when he sailed across the ocean in 1492. But he went because he felt it was the Lord telling him to sail west to reach the East Indies.

Then there’s Abraham. He also listened to the Lord and took a chance. He left his home and headed to the land God had promised him.

The Lord … said to Abraham, “Leave your country, your people, and your father’s household and go to the land I will show you. Genesis 12:1 (NIV)

Neither Columbus nor Abraham knew what lay ahead or where they were going. Yet they were willing to take a chance because what they did know was that God would lead them—one step at a time. And by following Him, they each arrived at God’s destination for them.

What about us? Are we willing to take a chance and follow God even when we can’t see what’s next? Jesus is the light for our path but the light He gives us is often just enough for the darkness right in front of us. As we make that step to follow Him, we trust that Jesus—Who sees farther than any of us—will give light for the next step and all those beyond.

And one day we’ll step beyond chance into the light of heaven, reaching the same final destination Abraham was seeking, “the city with foundations, whose architect and builder is God.” (Hebrews 11:10)  And we’ll rejoice because the Lord guided us to the place we most wanted to be all along!

Linda Cox is a regular contributor to DivineDetour. She recently retired after twenty-five years as a district office secretary for the State of Illinois. Her first loves are studying the Bible and reading, but Linda occasionally tries her hand at writing. Her work is published in All My Bad Habits I Learned from Grandpa (Thomas Nelson), The One-Year Life Verse Devotional (Tyndale), Life Lessons from Grandparents (Write Integrity) and the Love Is a Verb devotional (Bethany House). She and her husband live on a farm with their two indoor/outdoor farm mutts.