Terri tackles issues that she hopes will change lives. Her recent book, Predator, was inspired by her experiences on Facebook and Twitter, and her concern that people post too much personal information about themselves. Her New York Times Best Seller, Intervention, was inspired by her own personal struggles with a daughter on drugs. Vicious Cycle, book two of her Intervention Series, recently debuted on the New York Times Best-Seller list.

Terri spent the first twelve years of her life traveling with her Air Force family and now resides in Mississippi, where she and her husband Ken are enjoying their empty nest after raising three children. 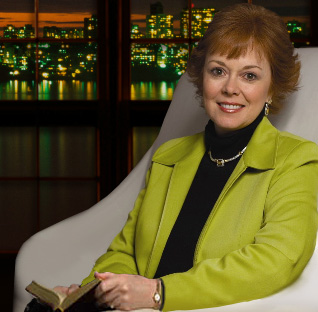 Let’s talk about your new book Vicious Cycle (Zondervan, February 2011). Please tell us about it.

My book that’s just released is Vicious Cycle, which is my second book in my Intervention Series. The first book, Intervention, was a New York Times best-seller and a Carol Award Winner. I think it resonated with readers because it was inspired by my journey with my own daughter through drug abuse, and I poured a lot of my own emotions and experiences into Barbara Covington, the mother in that book. Vicious Cycle deals with the same family as the first book. When fifteen-year-old Lance Covington finds an abandoned baby in the backseat of his car, he knows she’s the newborn daughter of a meth addict he’s been trying to help. But when police arrest him for kidnapping, Lance is thrust into a criminal world of baby trafficking and drug abuse.

Besides providing entertainment, what do you hope readers will take away from the book and/or series?

I’m hoping that people will have more compassion for those who become drug addicts because they grew up in families where everyone was using. When I was doing prison ministry, I met so many women who had horrible, abusive childhoods, and I couldn’t help thinking that they almost didn’t have a chance. But God loves to redeem people who seek Him, so I wanted to show that overcoming a beginning like that isn’t easy, but that it can be done through Jesus Christ.

I also pray that the book will raise awareness about the destruction of crystal meth, and turn people (teens and adults) away from drugs of any kind. Satan loves to convince people that drugs are glamorous. But the fact is that they destroy people physically and mentally. Crystal meth, in particular, has some of the same ingredients as battery acid and rat poison, and over just a few months of use, it can drastically change their appearance. Their hair falls out, their teeth rot, they get sores on their skin, their facial bone structure changes. People age decades in just a few months. If you’d like to see what it does, check out the pictures at www.methmadness.com/facesofmeth.html. These were taken of meth addicts from one arrest to another. 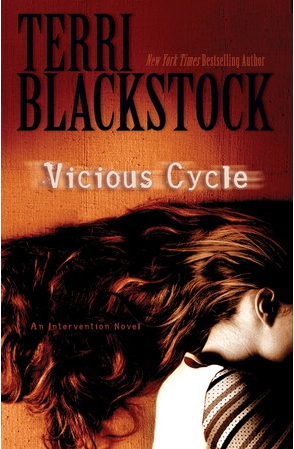 What would you want to do if you didn’t write books? Did you have other career aspirations?

Honestly, all I’ve ever wanted to be is a writer. I knew that was what I was going to be when I was twelve years old, and I got an English degree so I could learn from the masters. I did work as a secretary for a few years before I began selling, but I never had any other career in mind.

When I learned that my daughter had a severe drug addiction several years ago, I was devastated. I had raised her in a strong Christian home, and I couldn’t believe that this had happened to our family. Our journey through that dark time was long and miserable, but God has used it to bear fruit for His kingdom. When I wrote Intervention, which was inspired by those experiences, I met and heard from hundreds of people who were also dealing with addictions or family members who were addicted.

I believe that even the darkest times of our lives are allowed for a purpose. Christians deal with crisis differently because we’re looking for that purpose, and if we’ve lived for any length of time, we’ve learned that the worst crises can often bring the greatest blessings. We also know that this life isn’t all there is, so our suffering is temporary.

What’s coming up next from you? (Books, speaking engagements, etc.)

Shadow in Serenity, releasing September, 2011—Carny Sullivan knows a con artist when she sees one, and she’s seen plenty, since she used to be one. But Logan Brisco is the smoothest fraud Serenity, Texas has ever seen. From his Italian shoes to his movie-star smile, he has them snowed. Carny’s the only one in town who has his number, and if it’s the last thing she ever does, she’s going to expose him. But is she really a match for him?

Downfall, releasing in February 2012—Book 3 in the Intervention Series

Ladies Night Out With Terri Blackstock. Call 601-853-0393 or email faithindeed2000-blackstocktickets (at) yahoo.com.

Cookie Dough Blizzards!! What’s to explain? Cookie dough … and ice cream. I sure hope they have those in heaven, and that they don’t have calories there.

A very long time ago in high school, I was in a trio that sang Andrews Sisters songs. But I haven’t sung in a long time (except along with the congregation in church or with the radio in the car). I used to play a little guitar, but haven’t done that in a long time either.

Probably a folk song, or one of those tear-jerker songs that tell a story. I get caught up in story whether it’s told in a song or a book.

I guess I’m the strong female lead—but not because I think I’m the star of everything. It’s because I’ve had some rough times in my life, but have managed to overcome them. Each of the crises I’ve faced has shown me that I’m a strong person. I still doubt myself sometimes, but in general, I know that I’m a problem-solver and I reach my goals. The best female leads are those who are faced with impossible circumstances and overcome them, not the ones who are self-centered and narcissistic.

I’m a dog lover. Please tell us about your pets. (Or your favorite pet as a child.)

I’ve had both dogs and cats throughout my life. Most recently, our eighteen-year-old cat, Freckles, died. She had gotten really old and was ready to go. We’ve decided not to get another pet right now, but our daughter has a Yorkie named Charlie whom I absolutely love. I kidnap him when I can.

In my early adult life I had two Cocker Spaniels that were like my children—Whiskey and Brandy. I didn’t name them that because of a love for alcohol, but because of the sound of those words. (I wouldn’t do that again since I’ve been a tee-totaler for about eighteen years!)

Thank you, Terri! It’s a pleasure to have you as a guest at DivineDetour!

For additional information about Terri, visit her website at http://www.terriblackstock.com/.

To purchase Vicious Cycle, logon to: