Thomas Womack ~ The Miracle of Mysteria 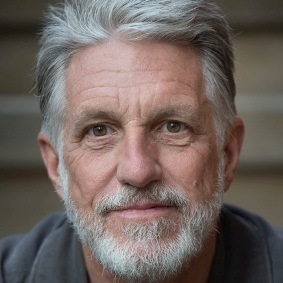 Newspaper reporter. Feature-writer. Columnist. Writer. And book editor. Over the past four decades Thomas Womack has taken on many roles.

He earned a Bachelor of Journalism degree in 1974 at the University of Missouri School of Journalism. He has worked with an author list that includes Randy Alcorn, David Jeremiah, Henry Blackaby, Jerry Bridges, and many others. And he has held down the Editor position at respected publishers such as NavPress, Multnomah Press, and Random House/WaterBrook. Since 2007, he has served as a freelance editor for Crossway, Multnomah/WaterBrook, David C. Cook, Harvest House, NavPress, Zondervan, and others.

Thomas and his wife of thirty-five years live in the evening shadow of the Cascade Mountains in central Oregon. They have five married children and eleven grandchildren.

There were two big triggers early on. First, going through a tough university journalism program (where I failed the feature-writing course the first time, and had to take it over, learning a lot both about myself and about writing). After finally graduating, I did a three-year stint as a reporter for an excellent newspaper, where excellent editors regularly slashed away at my imprecise and over-wordy writing.

Ha! They seem to come weekly, if not daily. Maybe for me it’s because my “original plans” for the day or the week are so often lacking in foresight and carefulness. The Lord has to regularly rescue me from myself.

Let’s talk about The Miracle of Mysteria (Tower of Harmony, August 2017). Please tell us about it.

Wow, what a profound story! I always enjoy experiencing a faraway time and place, and in this book we’re in the Swiss Alps in the mid-1300s, at the time of the Black Plague. It’s a vastly different world from ours, but the struggles of the two main characters—the narrator and his best friend, both just entering manhood—are rooted in life’s biggest, most universal questions: about death’s certainty, and our sinful brokenness and weakness and pride, and our ache for God’s presence and help.

The deliverance God provides is portrayed with intricate and inspiring beauty, but also realistically and poignantly (and at times, even comically!). And suffering and separation don’t fully disappear. There’s grievous loss and bleak desperation in the story as well as joyful discovery, and agonized longing, and plenty of soul-searching and God-thirst. In the tale, these things are centered around a noble friendship that must bear up under sacrifice and sadness as well as the best of brotherly fellowship. A wonderful story.

How was this book different than other editing projects you have done?

It was very different—first of all because I initially rejected the chance to edit it (being overbusy with other editing projects at the time). But publisher Michael (Misha) Shengaout urged me to at least provide him with a summary editorial critique of the story. Maybe he was trying to trick me; if so, it worked! Once I fully got into reading it, I was so compelled by the story that I knew I absolutely had to edit it, if Misha would still let me. I’m glad he said yes, and I only had to beg a little.

The project was also different in its unique challenges. The original story was written in Russian by Leonid Belov, then translated into English by John Meredig. So I was at a greater distance from the author than I typically am as an editor, especially since I’m told that the spirit and feel of what’s communicated originally in Russian is typically quite difficult to convey accurately in English. Fortunately, Misha continued to dialogue with me during and after my edit in order to help refine the places that needed it.

You also have an upcoming historical fiction series, The Shava Saga. Please tell us a bit about that.

The three stories together tell a big-scale story of a “barbarian” raised as an orphan slave among the Roman military, but kept unaware (during his childhood) of the fact that he’s a close relative to the ruler of the Parthian Empire, which was where Iran and Iraq are today. Back then (second century A.D.), Parthia was Rome’s most hated enemy.

Slaveboy Shava, who’s extremely gifted both physically and mentally, doesn’t know that his father was Parthia’s greatest military hero, that his mother is still living (a Roman slave herself), and that when he was still an infant, some grandly mysterious prophecies declared that he would someday become a leader and deliverer for the Parthian people. All Shava knows (in his ignorance) is that he wants to grow up and become a Roman soldier, and that he’d make a really good one. Divine destiny intervenes and bashes him in a series of tragic and disillusioning blows that wreck his plans and redirect his heart.

Further complicating the tale are some swirling and unavoidable religious tensions. There’s the entrenched system of Roman gods, and a rising mystery cult that worships Mithra the Bull-Slayer, and the lure of the ancient Magi of the East—and then also an outrageous upstart movement that worships a man they call Christos, a crucified teacher from Palestine.

I’ve completed two of the three novels. I’m now writing the third, which tells about Shava’s coming to Parthia as a young man, struggling to live out his true identity and calling.

A good piece of pie—especially pecan pie (which I get only rarely).

It’s different every day—I’m learning better that today’s journey is what really matters. For me this day, it’s Daniel 9 together with Psalm 118—Daniel’s confession of deep-rooted sinfulness and his plea for mercy (for himself and others), then simple praise and thankfulness to the Lord for his faithful goodness and love. “The Lord is my strength and my song; he also has become my salvation.”

Definitely the child. I’m sure my friends and family are wondering if I’ll ever grow up.

We have a cat, Cleopatra, who seeks attention from me though I’m not a cat person (my wife is). Cleo recently carried a little mouse indoors and released it to run around in our kitchen. I stomped my foot with indignity; catching and killing mice is Cleo’s job, not mine! My stomp scared Cleo and she bolted out the back door. I was outraged. (I got over it soon when the mouse, quite stupidly, followed Cleo out.) I’d rather have a dog, if it caught mice.

Thank you, Thomas! It’s great to have you as a guest at Divine Detour.

To purchase The Mystery of Mysteria, log on to: