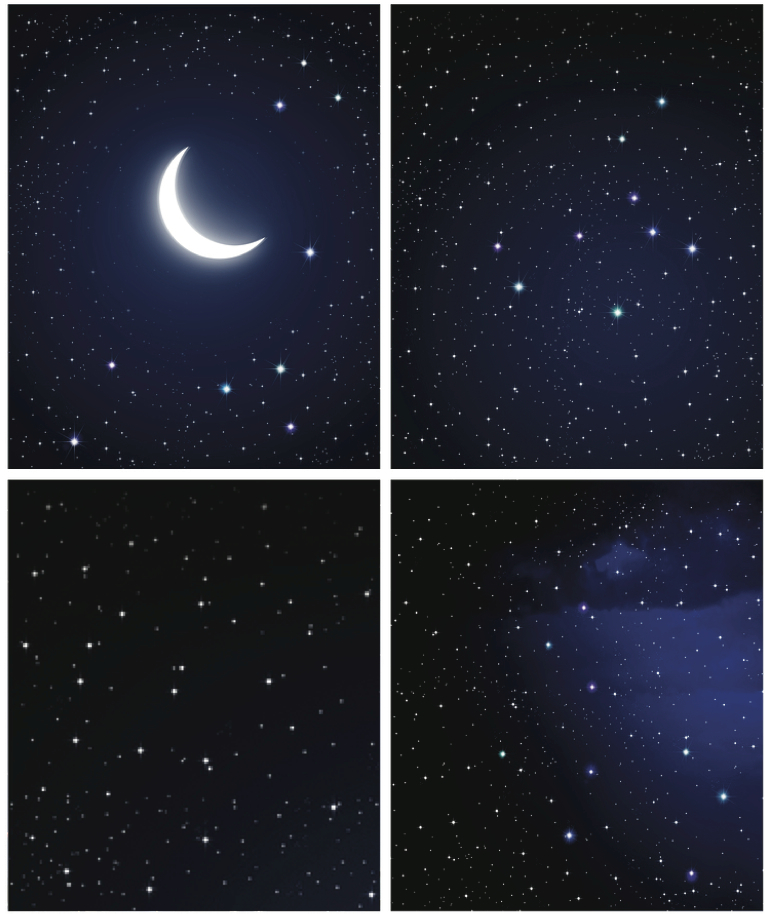 How I wonder what you are.

Up above the world so high,

I don’t know about you, but I love looking at the night sky and all the twinkling stars. I could gaze at them for hours, thinking of their vastness and how they declare the glory of God. And I confess, even as an adult, I still wonder what the stars are. Oh, I know astronomers could explain it all to me, of course. But even if they did, I would still gaze with amazement at the glorious sky God has created.

Just think how Isaiah must have felt when he wrote those words. He was no doubt looking up at the night sky over Israel, gazing at the nearly five thousand visible stars. Five thousand twinkling lights. Wow. If you think that’s a lot, astronomers now estimate that there are more than four hundred billion stars in the Milky Way Galaxy alone. And in the whole universe they have estimated that there are ten billion trillion stars. Now that’s a whole lot of twinkling going on, folks! All created by our amazing God!

But what’s even more amazing is that the God who created all of those stars even calls them all by name and ensures that none of them are missing. Wow! I mean WOW!

And if God knows each and every star by name, if He knows when any of the ten billion trillion stars is missing, He will surely not forget even one of His people whom He created in His image and sent His Son to die for.

So the next time we look up into the night sky and see the twinkling stars may we rejoice that our Creator God, who knows each star by name, also knows ours.

And BTW, this 19th Century poem turned English lullaby, has several verses, one of which just may describe that “twinkling little star” which led the Wise Men to the babe in Bethlehem.

Then the traveller in the dark,

Thanks you for your tiny spark,

He could not see which way to go,

If you did not twinkle so.

Linda Veath Cox is a regular contributor to DivineDetour. She recently retired after twenty-five years as a district office secretary for the State of Illinois. Her first loves are studying the Bible and reading, but she occasionally tries her hand at writing. Her work is published in All My Bad Habits I Learned from Grandpa (Thomas Nelson),The One-Year Life Verse Devotional (Tyndale), Life Lessons from Grandparents (Write Integrity), Love Is a Verb (a devotional from Bethany House), and Chicken Soup for the Soul’s I Can’t Believe My Dog Did That. She lives in a small town in the Midwest with the “Bone Mafia,” her two indoor/outdoor mutts.