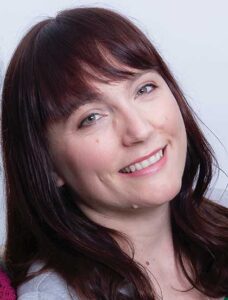 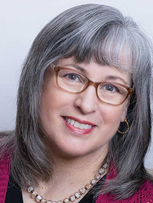 Cindy is listed by the Wall Street Journal as one of the top three Amish fiction authors and has written twenty-five works of fiction and coauthored the nonfiction book Plain Wisdom: An Invitation into an Amish Home and the Hearts of Two Women. Along with being featured on ABC’s Nightline and the front page of the Wall Street Journal, she has received several awards and honors, including Fiction Book of the Year, Reviewer’s Choice Awards, Christy Award, Inspirational Reader’s Choice Contest, as well as one of Crossings’ Best Books of the Year.

Erin is a writer, musician, wife, and mom of four. She has edited, brainstormed, and researched books with Cindy for almost a decade. More recently they have coauthored five books, one of which was a winner of the prestigious Christy Award. 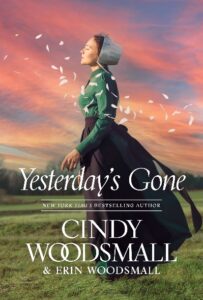 Erin experienced the same kind of loss as our beloved character Eliza in Yesterday’s Gone. When we experience a hard loss, our root system to God, to ourselves, to close family members, to friends often sustains trauma. When roots sustain trauma, our family tree may or may not survive it. I thought our family was incredibly strong, but at one point in the grieving process, I wasn’t sure we’d make it out whole. Why? How on earth is that even possible? It didn’t make logical sense. Through a fictional story, Erin and I dared to explore the strengths and fragilities of our closest relationships.

What part does faith play in your story?

Faith is everything, and it plays a huge role, even when the struggle for a character is a lack of faith or anger with the seeming results of their faith. A huge question in life is Where is a person’s faith? Is it in themselves? In their loved ones? In God? In the medical field? In a system (school, political, religion)? If we’re honest with ourselves, faith is usually found in a combination of those things. But if our faith gets unbalanced, we can end up walking by opinion rather than walking by faith.

It brought something to mind that began on the East Coast over three decades ago. Back then, I was a mom who belonged to a countywide homeschool group. We had lots of moms with children of varying ages and lots of activities going on all the time.

A mom with four children came to a meeting for the first time having just moved from the West Coast. She was new to the area and new to homeschooling. I befriended her, but I had a plan to graciously exit her life as soon as she got her feet under her and made some connections with other moms. I was sure she could find someone who was a much better match for her than I was, someone who was skilled and savvy and capable and not backwards. I’d done the same thing numerous times before, and those other moms found someone they could really bond with.

But God didn’t seem to hear me, and this mom wanted us to get together to let our children play or go to various gatherings, like attending a ballet, the Center for Puppetry Arts, museums, the zoo, or park days. I would look at the sea of other moms and think, Why aren’t you bonding with one of them? They know what they’re doing. They’re smart and capable and not backwards.

That was long ago. Our kids have long since grown. My friend and I are now called Mimi and Nana by our grands. She and I talk almost daily. We’ve helped each other navigate all sorts of seasons of life, including emptying our nests, moving homes, and orthopedic surgeries.

One midmorning long ago when our oldest boys were in high school, she called me, just a routine call. I was in bed, and soon I was griping about how lazy I was. I just didn’t understand why I was so lazy that I couldn’t get moving. She asked if I would do her a small favor. Then she asked me to get a thermometer and check my temperature. I did so, and suddenly I realized I was beating myself up for being lazy when I had a pretty high temperature.

She sees me and what’s going on with me even when I can’t. I hope I do the same for her. I dedicated Yesterday’s Gone to her because the story features two young women with strong bonds between them until one makes a decision that undoes the other’s love life and future. Whether in real life or fiction, we can’t avoid the fact that people in our lives will do things that mess with our best-laid plans.

ERIN: I look at life a little differently, and I try to rid myself of expectations. I’m not much of a planner. I saw a great meme a while back that said, “I have no ducks. They’re not in a row. I have squirrels and they’re everywhere!” I think that describes life with small children really well . . . or at least it does for me.

CINDY: Seasons. Our souls are the seasons within us, and the depths of us are without measure—the joys and sorrows and wisdom and futility.

ERIN: Hmmm. Late? I have four kids ten years old and under, and we homeschool, so maybe tired! But since no one is going to want to call me those names, perhaps just Erin.

CINDY: When the words aren’t flowing, I make myself a peanut butter and jelly sandwich. It’s simple. It’s easy. But its magic is in the memories and emotions it revives in me. I’ve been eating them since I was little, so they feel like the carefree days of childhood and young adulthood when I could talk to my mom and she could answer. I have decades of cherished memories that included eating a PB&J, so making one and eating it slowly does the trick, and soon my mind and heart are flooded with simple words and simple solutions, and the story starts flowing.

ERIN: Anything my husband cooks! He makes great homemade soup of several kinds, spicy fried rice, and brings me coffee. When food is prepared by someone who loves us, it holds extra comfort.

In the story that is your life, are you the strong, female lead; the girl next door; the mysterious woman behind dark glasses; the super-heroine; or the little girl trying to walk in high heels?

CINDY: Well . . . I think through the decades I’ve been each of those archetypes. But for right now, I think I’m still the little girl trying to walk in high heels. Life can be exciting and fun, but it’s never quite the cakewalk I need it to be to not trip and fall on my face.

ERIN: None of the above. I’m just me.

CINDY: I think she’s the strong female lead but perhaps is too busy to realize it.

Thanks, Cindy and Erin! It’s nice to have you both at Divine Detour.

To order Yesterday’s Gone, go to: