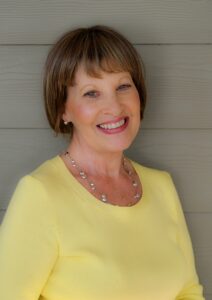 For many of us, forgiving our father is a tough task. And, by extension, understanding the love of our heavenly Father is just as hard. In Peyton’s Promise, Patrick has to deal with that. Here’s an excerpt…

Standing on the Clayton shore facing the castle, Patrick followed the beam of the Calumet Tower across the river as a large freighter came into view and passed back into the darkness.

From light to darkness. Yes, he could relate.

But no. He’d smashed to pieces a dream of life with her, and now it was beyond repair. He’d watched her expression change from sadness to anger to resignation. Felt the tingling shiver of finality run down his back. He’d severed their relationship, and it would never be the same. The reality of it grew so strong he choked on the unnerving thought.

Gooseflesh bristled on his forearms, and he rubbed it away. Why did his stubborn bravado hurt the most important people in his life?

He jerked at hearing his own bitterness seep out.

“Good evening, Patrick.” Pastor Moreno joined him from the shadows, standing silently beside him for several moments surveying the heavens. “Have you ever wondered at all the eyes that have beheld the moon’s reflection on these mighty waters? Our Lord spoke often of water. He was baptized in it, washed with it, drank it. But He also turned it into wine, walked on it, and promised us living water. And He said we can be cleansed by the water of His word. Do you need that, my friend?”

Pastor Moreno placed a hand on his shoulder. “You’ve been through a lot, and I’m sorry for your father’s passing. But accidents happen, and you aren’t responsible for his demise.”

Patrick glowered at him. “It’s more than that.”

“I didn’t forgive him.” Patrick’s eyes moistened, but he willed back the tears. “I treated him like a stranger. Avoided him. Hated him.”

His pastor nodded. He knew what his father was like. “You and your mother have had some tough times in the past. But take comfort that your father is in heaven.”

Patrick shook his head. “I don’t think I understand my earthly father or my heavenly Father.”

Pastor Moreno pressed. “I can help with that. Your earthly father was a changed man, and your heavenly Father is more than you can imagine. The Psalms say He’s a father to the fatherless, and that’s you. It also says He never changes. He’s compassionate, merciful, and comforts us in times of trouble. Can you imagine? If you’ll but reach out to Him, He’s there.”

Pastor Moreno interrupted his ponderings. “My favorite passage is John 3:16-17, which you memorized as a child, Patrick. God loves you so much that He gave you His Son—and not to condemn you for your mistakes. Not to beat you up for being angry at your earthly father or punish you for your bitterness or even your hatred. He wants to save you from those feelings. Free you from their power.”

Patrick had to admit that the more he dwelled on his hatred, anger, and unforgiveness, the more powerless he felt—as if those things were taking over his life. He’d pushed Peyton away based on those feelings. He was despondent and hopeless in the wake of them.

“How, then, can I know my heavenly Father, Pastor?”

For more, read…the rest of the story. Smiles. 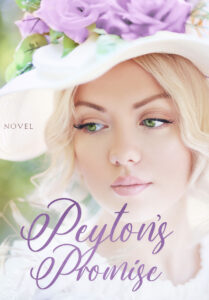 Summer 1902 Peyton Quinn is tasked with preparing the grand Calumet Castle ballroom for a spectacular two-hundred-guest summer gala. As she works in a male-dominated position of upholsterer and fights for women’s equality, she’s persecuted for her unorthodox ways. But when her pyrotechnics-engineer father is seriously hurt, she takes over the plans for the fireworks display despite being socially ostracized.

Patrick Taylor, Calumet’s carpenter and Peyton’s childhood chum, hopes to win her heart, but her unconventional undertakings cause a rift. Peyton has to ignore the prejudices and persevere or she could lose her job, forfeit Patrick’s love and respect, and forever become the talk of local gossips. 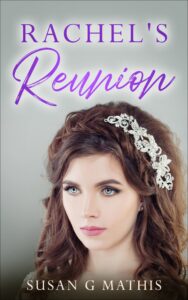 Rachel’s Reunion, releases October 20. Peyton’s friend, Rachel Kelly serves the most elite patrons at the famed New Frontenac Hotel on Round Island. She has wondered about her old beau, Mitch, for nearly two years, ever since he toyed with her affections while on Calumet Island, then left for the high seas and taken her heart with him. Now he’s back, opening the wound she thought was healed. Mitch O’Keefe returns to claim his bride but finds it more difficult than he thought. Returning to work at the very place he hated, he becomes captain of a New Frontenac Hotel touring yacht, just to be near Rachel. But his attempts to win her back are thwarted, especially when a wealthy patron seeks her attention. Who will Rachel choose?

Susan G. Mathis is an international award-winning, multi-published author of stories set in the beautiful Thousand Islands, her childhood stomping ground in upstate NY. She has been published more than twenty times in full-length novels, novellas, and non-fiction books.