Ace Collins ~ Music for Your Heart

Ace Collins has over 2.5 million copies of his books in print—from novels to memoirs and, most recently, his first devotional, entitled Music for Your Heart: Reflections from Your Favorite Songs.

He has also penned more than 2000 magazine articles, appeared on “every network morning television show,” and does scores of radio interviews each year. His work has been made into two television specials and a CBS movie.

Ace and his wife, Kathy, share a home in Arkadelphia, Arkansas, with their two dogs.

You have had several, almost back-to-back, releases this year. Let’s talk first about your non-fiction book, Music for Your Heart: Reflections from Your Favorite Songs & Hymns (Abingdon Press, September 2013). Please tell us about it.

I often use popular songs and write devotional projects around them. I’ve done this for years and I’ve been digging out the stories behind those songs for a long time. Whenever I created these devotionals the song stuck in my head and I was humming it all day long and thus I remember the devotional. My agent, Joyce Hart, felt there was a book there. So I put together a book proposal and the rest is history. The book has made an impact too. A lot of celebs have even latched onto and shared some of the stories with their fans. 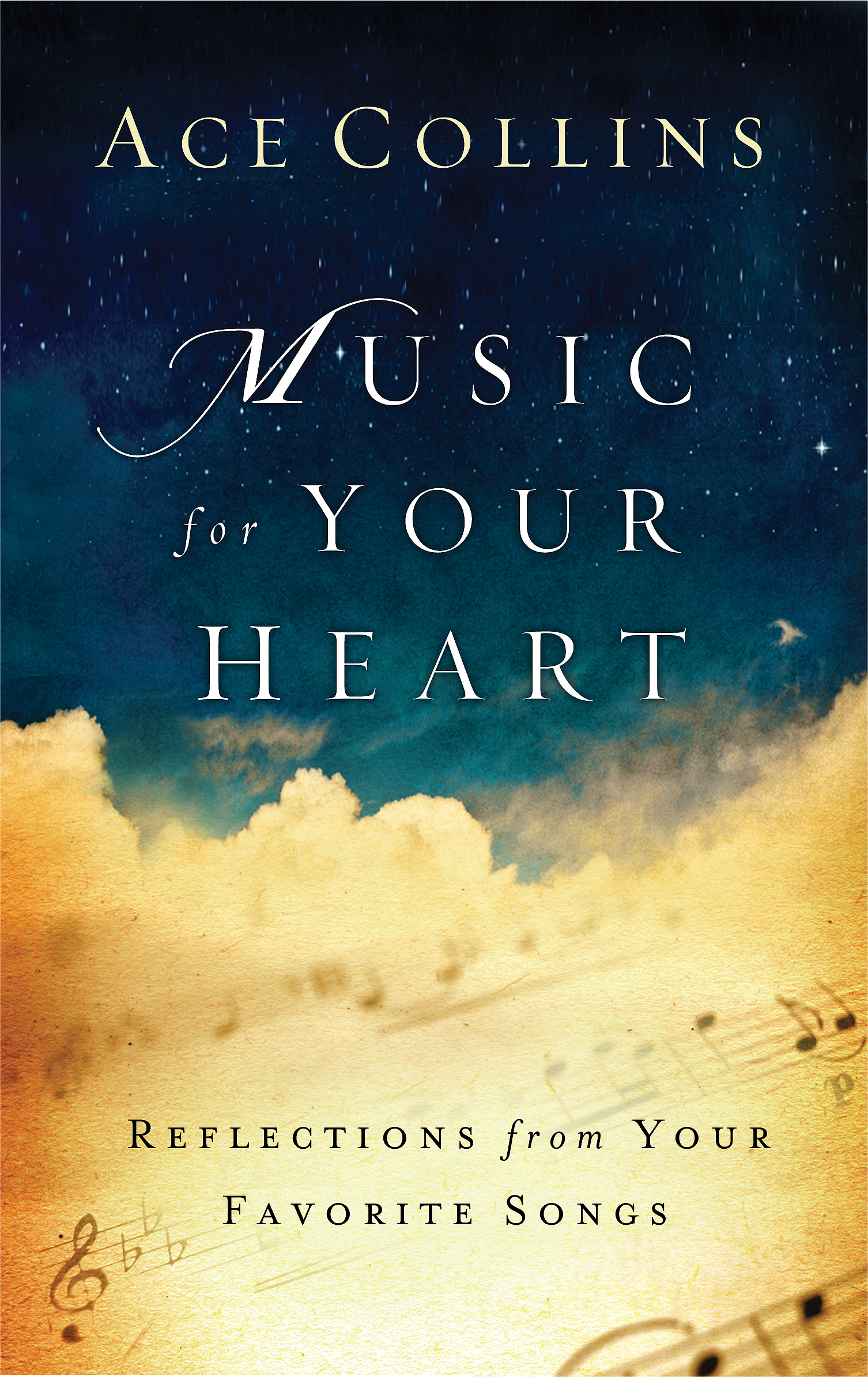 In doing research for the project, which ‘story behind the song’ was the most surprising to you?

The fact that a Martin Luther King speech so deeply touched Elvis Presley that it was the inspiration behind If I Can Dream and that Paul McCartney’s mother’s words came back to the singer long after she died of cancer and set the table for him to write Let It Be.

You’ve also released two novels in the past nine months. The Cutting Edge (Abingdon Press) was published in October. Please tell us a little about the book and what inspired it.

I wanted to do an issues book that looked at the country’s conception and perhaps compulsion with beauty. It centered on a small town woman’s dream of being a super model. That dream was shattered by an attack that left her scarred both physically and emotionally. Thus the book became a struggle for Leslie to find a reason to live and in the process uncover a woman she never knew. I framed this around a plot where she is unknowingly being stalked by the man who attacked her. Thus, you have a value-oriented book combined with a bit of Alfred Hitchcock style terror and suspense. I suggest not reading it while alone at night.

In March, Abingdon Press released Darkness Before Dawn, which was named “A Top Summer Read” by Hope for Women magazine (among other accolades). The tagline says this is “A novel that might make you question your own values!” That’s an intriguing thought. What’s the essence of the story?

Darkness examines the consequences of alcohol related accidents. It looks at what that does to a woman whose life once had great promise but, because her husband was killed in just such an accident, now she finds herself alone and pregnant. This premise allowed me to spotlight the high cost of seeking out revenge and retribution and look at issues like the justice system and even abortion. It also allowed me to show what happens when a beautiful woman slides into an ugly world and the ugliness rubs off on her. 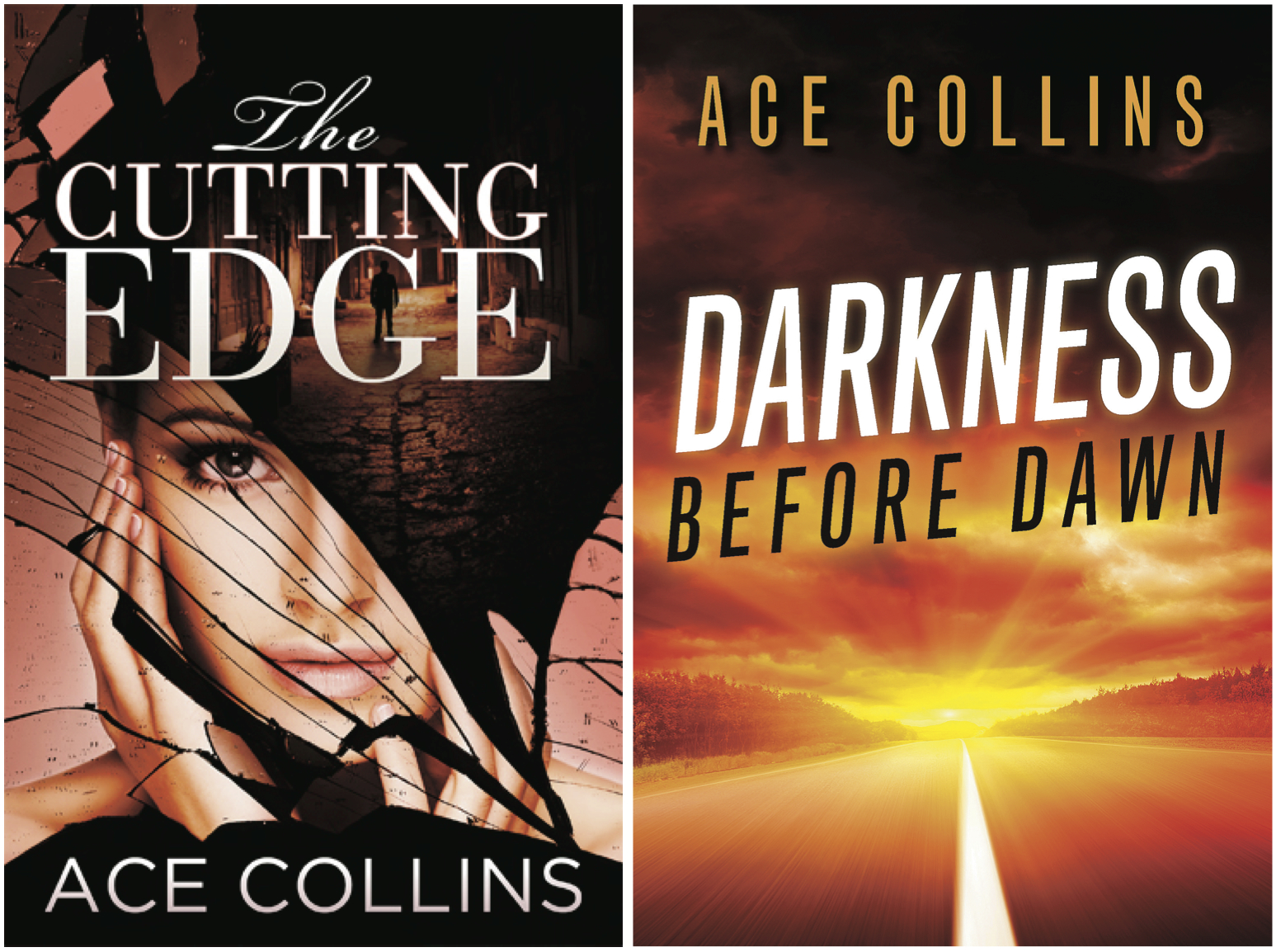 God often uses our writing to teach us something. What have you learned (about life, faith, and/or even yourself) in the process of writing?

Writing forces authors to explore their own fears and makes us question the real depths of our faith. We reveal both our strengths and weaknesses in our work. As we write characters that are looking for a calling or are struggling through hopelessness, we relate to them and therefore go through those things as well. So I think what it teaches me more than anything else is to not be quick to judge and be quicker to reach out and help those who have fallen.

A few fun questions in celebration of the holiday season…

Of carols, O Holy Night, but of the secular songs I would lean this year to Mandy Barnett’s recording This Time of the Year When Christmas Is Near. 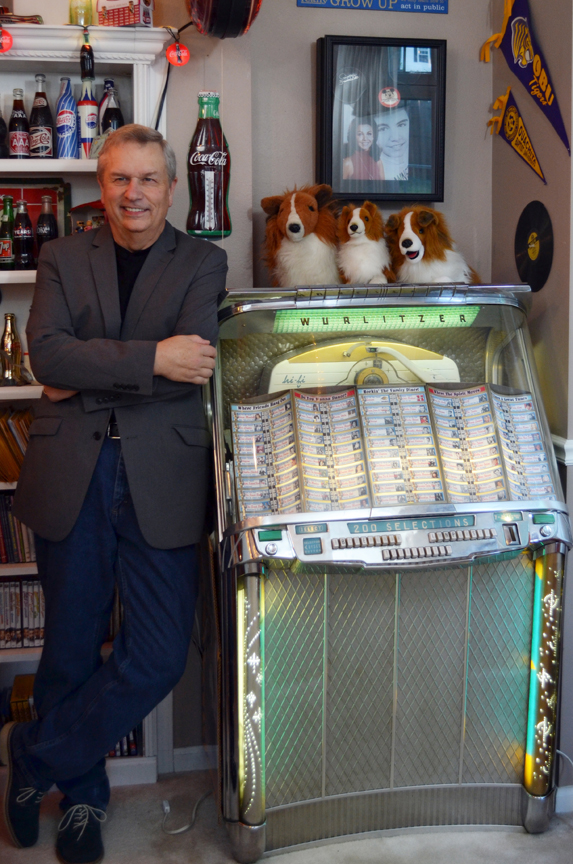 We have a 1957 Wurlitzer jukebox and each November we take out all the records that are normally there and put in 100 Christmas 45s. Whenever anyone comes over all they seem to want to do is play music on the jukebox. So I guess that is my tradition.

My best memories are of Christmas at my grandparents in Salem, Arkansas. She always made sure her grandkids had an almost magical time.

Of course, I have to ask about your dogs. What’s in their Christmas stockings this year?

A lot of fun treats and toys and the promise of many more long walks in the New Year.

Thank you, Ace! It’s nice to have you back at DivineDetour.

For more information about Ace, visit his website. To purchase books by Ace, logon to: