Andrea Boeshaar is a speaker, life coach, and former literary agent. She is also a prolific author, who has been down the path of detours and dues paid. Andrea began submitting for publication in 1984, but it was ten years before her first novel was published.

A co-founder of American Christian Fiction Writers and former Advisory Board member and CEO of the organization, Andrea has written or contributed to more than 30 published books—some fiction, some non-fiction. Her latest fiction work, Uncertain Heart, is the first in her Seasons of Redemption series. 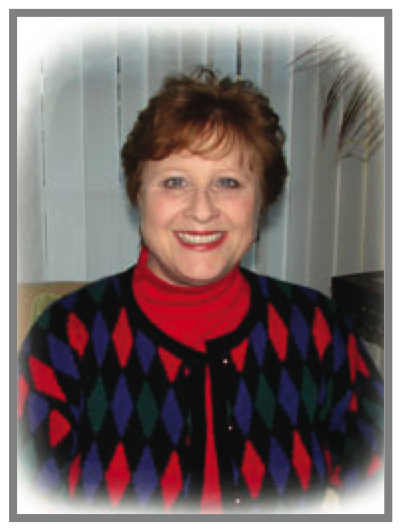 You began writing as a child but didn’t pursue it seriously until many years later. What was your impetus to begin writing again?

I started reading secular romance novels and thought, “Hey, I can write one of these.” LOL. Little did I know all the hard work and time that writing a book involved. I went back to school, studied creative writing and then in 1991, I asked Jesus into my heart. After that, I felt led to write Christian romance and my very first novel was published a short time later. It seemed like affirmation from above.

My faith is the very fabric on which I create my stories. I’ve considered writing secular romances, those which don’t publish explicit sex scenes, and I can’t seem to write a novel without the Lord in there somewhere. I admire writers who can so subtly share their faith to a general audience.

Many times. I’ve learned that when God says “no” to one thing it’s because He’s got a greater plan in mind. He can do exceeding, abundantly, and above all we ask or even think! What a marvelous God and Savior we have!!

Let’s talk about your latest book, Uncertain Heart (Realms, October 2010). Please tell us about it.

Uncertain Heart is book two in my series called Seasons of Redemption. It’s set in 1866 and takes place in my hometown of Milwaukee, WI. It was fun to research the city in which I’d grown up. Many buildings from that time period still stand in Milwaukee’s downtown area.

Here’s the blurb off the back cover:

The year is 1866, and Sarah McCabe has wanderlust. In an effort to become independent of her family back in Missouri, she accepts a governess position in Milwaukee, Wisconsin, giving her a firsthand taste of the life she has always desired—a life of luxury, culture, and social privilege.

Richard Navis is a man determined to finish his indentureship to Captain Brian Sinclair and take over his family’s farm. But when he falls in love with Sarah, his homesteading goals blur. She doesn’t seem interested in settling down. What’s more, Richard fears she’s fallen victim to the captain’s charm and persuasion.

When Sarah’s reputation is questioned, Richard devises a bold plan in hopes of protecting her. But is he too late? Has Sarah already made her choice?

In Uncertain Heart, Andrea Kuhn Boeshaar continues the dramatic saga of the MaCabe family that she began in Unwilling Warrior.

Where did you get the idea for this book and the Seasons of Redemption series?

I love various eras in American History. My first book Unwilling Warrior is set during the Civil War. My father passed his interest in the CW to me. This new release, Uncertain Heart, is set just after the war ended. Our country was healing from all the terrible battles, while at the same time great fortunes could be made in businesses like shipping on the Great Lakes.

I so enjoyed researching both the cities of Milwaukee and Chicago for books two and three (Unexpected Love) in my Seasons of Redemption series. 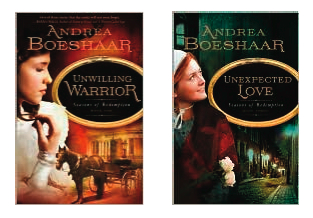 The third book in the series will be released in January. Can you also tell us a bit about it?

Lorenna Fields has always taken her job at Chicago’s Mercy Hospital seriously, determined never to become personally involved with her patients. But when a mysterious man with eyes like onyx is admitted after a shipwreck on Lake Michigan, she develops a connection with him that she can’t deny.

Slowly her patient regains consciousness, but to Renna’s dismay he has lost both his sight and his memory. Dubbed “Mr. Blackeyes” by her, the two build a strong, trusting friendship as they search for clues to his past. But part of her dreads the day of his recovery, convinced that his memories will take him away from her and his regained sight will reveal a secret about herself that Renna has been trying hard to hide.

In Unexpected Love, Andrea Kuhn Boeshaar continues the dramatic saga of the McCabe family that she began in Unwilling Warrior and Uncertain Heart.

By the way, book four (Undaunted Faith) will be released next spring. I’ll give readers a hint here: If you enjoyed meeting the McCabe brothers in book two, you’ll love book four!

You’re a prolific writer, a speaker, a Christian Life Coach, and at one time you were a literary agent. Either you have more time in your day than the rest of us or you’re really good at making the most of your time. How do you organize you life so everything fits in? What’s the most difficult part?

Well, honestly, as I mature, I find it harder and harder to juggle. So for now I am concentrating on my writing deadlines, being faithful at church, and spending time with my family. My coaching skills come in handy so many times in situations and I’m blessed to have earned that certification. However, I feel it’s not enough, and I’m taking courses toward earning a certificate in biblical counseling also. But that will be a few years out.

In the meantime, I plan to finish writing my Seasons of Redemption series and then I’m contracted by Realms for a brand new second series called Fabric of Time, which is about a Norwegian family that migrates to America and settles in Wisconsin.

I would be my all time favorite song. Things I’d Like To Say by New Colony Six. An oldie but a goodie—maybe even a classic.   :  )

Most days I’m a major, but I have my minor moments.

I’m the strong female lead and the super heroine…just ask my husband Daniel. I wear my cape almost everyday.  LOL  :  )

Daniel and I have a six-month-old yellow Lab. Her name is Miley. We just love her and she’s a very good dog. We got her when she was a tiny baby puppy and we’d snuggle her and allow her to sleep on our laps. But now that she’s 55 lbs. it’s not so easy. However, Miley doesn’t seem to get that she’s a big girl now.

Thank you, Andrea! It’s a pleasure to have you at DivineDetour!

The pleasure has been mine. Thank you!

For more information about Andrea, logon to her website at http://www.andreaboeshaar.com/

To stay up-to-date with Andrea, visit her blog, Everything Writerly, at http://everythingwriterly.blogspot.com/

To purchase Andrea’s books from her website, logon to http://andreaboeshaar.com/cgi-bin/books.pl

To purchase books by Andrea at Christianbook.com visit http://tinyurl.com/2wu3ah7