The Roys: A Story of Faith, Family and Bluegrass Music

Born to French-Canadian parents, siblings Lee and Elaine Roy hail from Fitchburg, Massachusetts. That may not be the average start for a bluegrass band, but the Roys path soon led them straight to Nashville.

Their new bluegrass album, LONESOME WHISTLE, will be released soon. 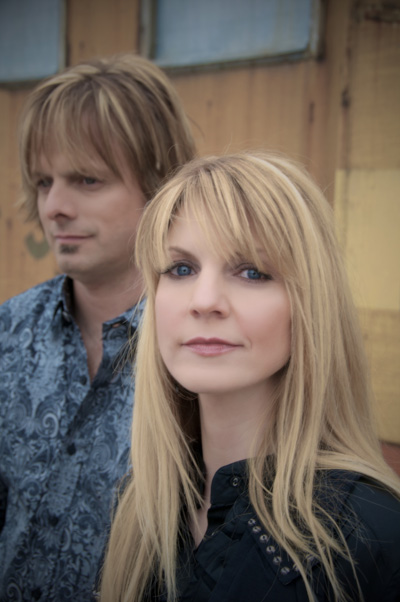 Lee, I understand you learned to play drums on barrels and buckets. What other instruments do you play? Did you study music or are you self-taught?

Yes I did. I also play bass, mandolin, and guitar. I am self-taught. Elaine taught me three chords on the guitar and I took it from there.

Elaine, when did you know you wanted to pursue music as a career?

I have always wanted to pursue music. I started to sing at five years old and always thought I would do that forever.

Elaine: Yes, there have been many detours!! Some of our songs crossed over into the Inspirational Country Music genre and have done really well. We just recently won Vocal Duo of the Year for the second consecutive year. That was a detour we did not expect, but what an incredible blessing!!!

Lee: He provides detours everyday…LOL. Six months ago I thought I was gonna be releasing a country album, and here I am now, about to release what is my true musical love, a full on Bluegrass/Americana CD. Every time I think I know where I’m going and how I’m gonna get there, He proves to me that He’s the one in control!!

You recently traveled to Bogota, Columbia, South America, for Compassion International. What was that like? How did it affect you?

Elaine: That was such a blessing. A real eye-opener. The first day we were there we visited a family of six. Four boys and their mom and dad. That family really touched my heart. The living conditions were awful. Dirt floors, an area with no roof, no running water and no heat; that’s just the beginning. That night I really questioned if $38.00 a month really could make a difference in someone’s life. The next day we met our sponsored children. Mine is an eight-year-old girl called Nayelis. I met her grandma that day too, and she was saying what a blessing I was going to be to Nayelis and the whole family. That I was an angel sent from God!! After many tears I realized how, yes, $38.00 a month really changes their lives in many ways. I also realized that most important to them was not just the sponsorship but the letters that Nayelis would receive from me, and to know that someone across the world was praying for her and cared about her. That is very powerful!!! Life-changing.

Lee: It was the most life-changing experience I have ever had. I’m just like every other typical person who thinks I’ve got it bad sometimes. Once you’ve been to a place like that your life is forever changed. I find myself not complaining as much about the needless things in life and being more thankful for the things that really matter—God, family, friends, and health. I’ll never forget meeting my little sponsor child, Miguel. To have an eight-year-old boy who lives in poverty tell me he’s praying for me is pretty amazing. Bogota, Columbia, South America holds a VERY special place in my heart and always will. I love the people there and consider them my newfound friends in God!

Please tell us about your latest recording project.

We have just finished recording our first bluegrass album. We are so excited about this album and all the possibilities. We used Ricky Skaggs’ band, Kentucky Thunder, along with Randy Kohrs on Dobro and Steve Brewster on certain songs on drums. We were even blessed to have Ricky Skaggs and The Whites sing on a song called That’s What Makes It Love. We still can’t believe that happened!!! We feel this is our best album to date!!

Did you write or co-write any of the songs?

We wrote or co-wrote ten of the 11 songs on the album.

That’s What Makes It Love was co-written by Lee and his friend Morry Trent. This is the song that Ricky Skaggs and The Whites fell in love with and sang on. It has four different scenarios of stories all with the same ending, “that’s what makes it love.”

Trailblazer was co-written by Elaine, Steve Dean, and his daughter Bethany Dean. Elaine came up with the idea for the title after sitting in traffic behind an SUV Trailblazer. They wrote it about a girl who never gave up on her dreams and just kept going—blazing her own trail!

Nothin’ I Can Do About It Now was co-written by Lee, Arlis Albritton, and Josh Thompson. Though not in the title, this train-based love story is about a woman who leaves the man behind by taking a train to the next town.

Right Back At You was written by Elaine about going through a heartbreak. The song was like therapy after taking back her power and giving it right back at the person breaking her heart.

Lonesome Whistle. We wrote this while on the road in Maine one night in about two hours. We wanted to write something that was up-tempo for Elaine. We came up with the story of a couple whose life is touched by a train. It carries him off to war, she sits and waits every day for the train to bring him back home and, in the end, the train does bring him back home for his last ride.

Coal Minin’ Man is an anthem for coal miners co-written by Lee and his friend Matt Rogers. This song really talks about what they do and the sacrifice they make. It speaks of the struggles and hard times this career entails.

Everything I Ever Wanted was co-written by Elaine and Lee, along with Steve Dean. Elaine brought this idea to the table after seeing an artist on TV that she really admired and thought she really wanted to be like. But, after glancing over to a picture of Mom, she realized she was admiring the wrong woman. This song is for all moms.

My Oh My How Time Flies was co-written by Lee and Deryl Dodd. It’s about a guy who falls head over heels and realizes how fast time flies when you’re in love.

I Wonder What God’s Thinking was written by Lee after watching the news and seeing a story about a 15-year old girl whose family was almost homeless; it took the system almost a year to realize that fact. The story goes that, instead of trying to help that family to stay together through their hardship, they wanted to split them up. He was so moved he wrote the song about that story.

Give A Ride To The Devil was co-written by Lee and Robert Ellis Orrall. This song is about giving into any temptation—it’s like giving the devil the keys to your life. It’s the story of a young man who makes a few wrong choices and then gets wisdom about going down the wrong road.

The closing song, High Road, was co-written by Pete Sallis and Tia Sellers. Pete is our friend and has been singing this song at writers rounds for as long as we’ve known him, and we have always loved this song. When we started to do the album we knew right away we had to do that song.

Lee: I have to agree with Elaine, I’d be a song that would inspire people to change the world.

Elaine: I love reading biographies and anything inspirational. Self-help books, too, are great.

Lee: Autobiographical books… I love to read about the where, when’s and how’s.

Lee, in the story that is your life, are you the tall, dark stranger; the romantic lead; the mythical warrior; the mad scientist; or the child in an adult’s body?

LOL. Well, Elaine would tell you I’m a kid in a grown-up’s body…

Elaine, in the story that is your life, are you the strong, female lead; the girl next door; the mysterious woman behind dark glasses; the super heroine; or the little girl trying to walk in high heels?

In the story that is my life I would be the girl next door. Just someone who is always trying to improve herself and get better every day at what I do.

Thank you both for taking the time to visit DivineDetour!

For more information about The Roys, logon to their website at http://www.theroysonline.com.

For more information about Compassion International, logon to http://www.compassion.com/sponsor_a_child/default.htm?referer=113132.