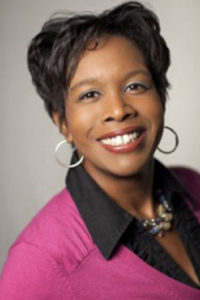 Barb Roose is a multi-published author, speaker, and former church conference leader. Prior to transitioning to full-time ministry, she served for almost fourteen years on staff at CedarCreek Church in Perrysburg, Ohio, most recently as the Executive Director of Ministry. Barb co-led CedarCreek’s annual Fabulous Women’s Conference that reached over 10,000 women during the event’s five years.

An encourager who enjoys equipping and challenging women through Biblical teaching and personal stories, Barb has a deep love for each audience that clearly communicates how much they matter to God, and to Barb. She also enjoys connecting with women on social media.

Barb lives in Northwestern Ohio with her husband, Matt. They are the proud parents of three daughters, Kate, Sami, and Abbie.

What started you on your writing and speaking journey?

I began keeping a journal when I was in elementary school. I feel like I was the only black kid in my neighborhood that kept a journal, but I didn’t say anything because I didn’t want my cousins to make fun of me. (I was already awkward enough!)

Even though I was a shy kid, I grew up in a church where we had to stand and give speeches at Christmas and Easter. My mom spent hours helping me learn the words to my speeches, but more importantly she taught me how to stand in front of an audience with poise and confidence.

The Author and Creator of our lives often writes in a plot twist that ultimately blesses us more than our original plan. Have you ever experienced such a “Divine Detour”?

Ha! Can we add an “s” on the end of the phrase “divine detour”? I’ve had a few detours that I never saw coming, yet God’s plan has been so much better than my plan. One divine detour happened when I left my dream non-profit executive director role after only a year to take an initially unpaid staff position at my church. Then, almost fourteen years later, God prompted me to leave my now well-paying church leadership role to jump into the unknown world of being a self-employed speaker and author. Those divine detours came with a lot of stress, tears and the crucial question: Will I trust God or not? Once I started going with God’s flow for my life instead of trying to force my way I’ve discovered that divine detours are more spiritually rewarding than they are scary.

Jesus’ words in Matthew 6 capture so much of my life and journey of faith. He gives a lot of do’s and don’ts about life and faith. Even as a Christian, I did many of those don’ts, however, I’m learning to surrender to God so that He gives me victory when I chase the do’s. My life verse is Matthew 6:33 because it calls me to seek God before anything else and allow His way of life in me, then He will take care of everything else that I need. Whenever I get lost, worried or confused, I repeat that verse over and over again until I can sense God’s leading and the wisdom that He wants me to follow. 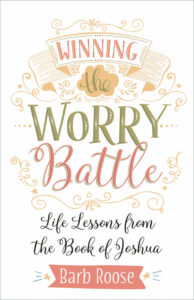 Let’s talk about your new book, Winning the Worry Battle: Life Lessons from the Book of Joshua (Abingdon Press, April 2018). Please tell us about it.

I’ll share with you some of the statics I found while writing Winning the Worry Battle. According to the Anxiety and Depression Association of America (updated August 2016):

Anxiety disorders are the most common mental illness in the U.S., affecting 40 million adults in the United States age 18 and older, or 18% of the population. (Source: National Institute of Mental Health)

Anxiety disorders cost the U.S. more than $42 billion a year, almost one-third of the country’s $148 billion total mental health bill, according to “The Economic Burden of Anxiety Disorders,” a study commissioned by ADAA (The Journal of Clinical Psychiatry, 60(7), July 1999).

I have also written the six-week Joshua: Winning the Worry Battle Bible study that is releasing at the same time as the book. There is a participant workbook, leader guide, leader kit, and DVD that provide an in-depth study on the book of Joshua.

Many times, we are told to just pray about our worries. Why can that advice actually make things worse?

I grew up in the church and felt like I had a good relationship with God. However, when my worries escalated due to child-rearing stress, financial difficulties, and marriage problems, “just praying” didn’t work for me. Sometimes I couldn’t even get through a prayer because as soon as I closed my eyes to pray, worries would flood my mind with awful mental movies. I would feel so guilty because I couldn’t pray. Often, I would get angry when I did pray but nothing changed. At times, I figured God wasn’t helping because He was mad at me for my constant worrying.

Throughout the years, I learned that “just pray about it” was only part of the equation to dealing with worry. I also learned that without knowing and activating the other half of the solution, guilt and discouragement often follow. It took time, but eventually I discovered the other half of the equation was learning how to “fight in faith,” or activating the fighting friends of peace, courage, and strength. Prayer and fighting in faith were both necessary to experience God’s victory.

Courage is the fighting friend that keeps you from running away from your struggles—even when you really, really want to escape or ignore your troubles. Courage keeps you pushing forward in commitment instead of falling back in the face of fear or worry.

Our final fighting friend is strength. It enables us to keep holding on and hanging on. This fighting friend is different from our human strength, which has its limits. Our human strength isn’t enough to win over worry. We need spiritual strength. Instead of trying to move your mountain of problems on your own, you step back and out of God’s way and let him do the heavy lifting. Spiritual strength requires you to give up your “I can do it” or “I can handle it” mindset and tap into “God’s got this” mindset instead.

Thanks, Barb! It’s nice to have you as a guest at Divine Detour.

To order Winning the Worry Battle, log on to: