Ten years ago, Carla Stewart made the decision to pursue her lifelong dream to write. She began what would become her debut novel, Chasing Lilacs, in 2004. Although it wasn’t published until last year, Carla was encouraged along the way by feedback she received from American Christian Fiction Writers Genesis Awards critiques—and two Genesis wins.

The ACFW Genesis, an annual contest for pre-published fiction writers, is currently accepting submissions. For more information follow the link at the end of this article. 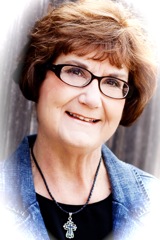 Prior to being published in fiction, you were a two-time American Christian Fiction Writers Genesis award winner. How long had you been writing and studying the craft before winning a Genesis award? What impact did Genesis have on your career?

I began writing in earnest in 2001 and got my initial writing credits with articles published in magazines, literary journals, and anthologies. All that time, I was studying the craft and writing novels. In 2004, I began the book which became Chasing Lilacs. It was a Genesis winner (historical category) in 2007 with the title A Dandelion Day. The following year, my young adult manuscript won its category (a book not published and now dormant).

The Genesis is an excellent way to get feedback on your writing, and if you final, I believe agents and editors are taking note. What most people don’t know is that in each of the years that I won, I also entered another category—two manuscripts which didn’t final. They were less polished, but I received wonderful critiques on those which have been a great help.

I consider myself very fortunate to be among the many former Genesis winners who are now published, and I applaud ACFW for this great contest.

I understand that you experienced a number of rejections as a pre-published writer. What motivated you to keep writing, to keep submitting, and to continue to believe in yourself?

After a folder full of rejections, I did feel the sting and wondered if I had what it took to be a novelist. I decided to give Chasing Lilacs one last shot by submitting it for a paid critique at my first ACFW conference in 2006. If I didn’t get a favorable response, I was ready to move on to something else. What happened was that the session with the published author stunned me—she loved it! Soon after an agent read my proposal and suggested I have a professional edit done. Again, I received a favorable response but also a very long list of things to improve the novel. I rewrote most of it and submitted it to the Genesis. I think it’s important to be teachable, and while all of the things I envisioned for the novel remained in the final draft, it was made better by listening to others and being willing to do the work. I hope I can maintain that teachable spirit so that every novel I write becomes better. And to be honest, I still struggle with believing in myself. It’s the bane of writers I’m afraid.

If you could share only one piece of advice or encouragement with new writers, what would you tell them?

Don’t be afraid of being unique—the novel of your heart may be the next big thing!

Many times! My husband and I have moved several times during our marriage, and a few of those times, I went kicking and screaming! Looking back, I can see that God had so many wonderful new people and experiences planned for us, and we would’ve missed them if not for the detours. In my writing life, I’m thankful that it took me nine years to have my first book published. I learned so much during that time and grew not only as a writer, but also as a person.

Faith is an integral part of my stories as it is in my life, but I try to keep it real and let my characters make mistakes or even waver in their faith. I believe in Jesus, doing the right thing, and the power of the written word, so I hope that those are the things people see when they read my work. The messages aren’t overt, but undergirded with a Christian worldview.

Let’s talk about your debut novel, Chasing Lilacs (Faithwords, June 2010). Please tell us a little about it.

It’s a coming of age story set in Texas in a petroleum camp like the one where I grew up. Elvis is on the radio. Summer is in the air. Life should be simple and carefree. But not for twelve-year-old Sammie who has plenty of questions about her mother’s “nerve” problems. About shock treatments. About whether her mother loves her.

As her life careens out of control, Sammie has to choose who to trust with her deepest fears. Her best friend with an opinion about everything? The mysterious kid from California whose own troubles plague him? Or her round-faced neighbor with gentle advice and strong shoulders to cry on? Then, there’s the elderly widower who seems nice, but has his own dark past.

It’s a novel about learning who she can trust, clinging to faith, and persevering in the face of grief and adversity. The theme of community is ever present. 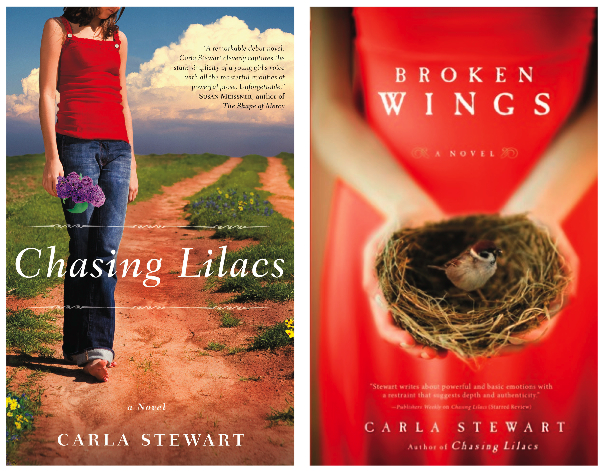 Faithwords will release your second book, Broken Wings, in June 2011. Can you give us a peek into the story? What was the inspiration behind it?

Onstage, the singing duo of Gabe and Mitzi Steiner captured America’s heart for more than two decades. Offstage, their own hearts have throbbed as one for sixty years. Only now, Gabe has retreated into the tangles of Alzheimer’s, leaving Mitzi to ponder her future alone.

On the other side of Tulsa, everyone believes Brooke Woodson has found the perfect man—a handsome lawyer with sights on becoming Tulsa’s next District Attorney. If only Brooke felt more sure. If only her fiancé could control his anger. If only love didn’t come with so many scars.

When an accident lands Brooke in the hospital where Mitzi volunteers, the two women quickly develop an unlikely friendship birthed by providence and bathed in grace. And with Mitzi’s help, kindness, and insight, Brooke learns how to pick up the broken pieces of her life.

The inspiration was a number of things that sort of evolved all at the same time. I’d written a short story several years before about three children who were orphaned on Black Sunday (during the Dust Bowl). I knew the oldest of those kids had a story to tell. She became the main character, Mitzi. At the same time I’d read about a Tulsa jazz hall from the 1940s that was going to be renovated. I decided Mitzi would be a jazz singer who was now in the sunset of her life, so the story would be both contemporary and nostalgic. Framed stories had captured my fancy where the past and present are interwoven. I chose a young woman in need of a friend and let Mitzi be that friend. It turned out they needed each other in this tale of providence and grace.

It’s not a food, but a drink. I’m a coffee drinker, and there’s not much in this world that can’t be fixed with a fresh cuppa. To celebrate, a glass of wine and usually going out to a Mexican restaurant. My current faves are avocado enchiladas at Abuelo’s or shrimp quesadillas at Los Cabos.

My only musical talent is appreciation of a wide variety of music genres.

What kind of music do you listen to when relaxing with the radio or an mp3 player?

I enjoy golden oldies, soft jazz, some country, and praise and worship music—it all depends on what I’m doing and the mood I’m in.

Doo-Wop. There’s always a lot of heart and soul in those songs, and they’re just plain fun. (This will undoubtedly embarrass my children if they read this – ha!)

Definitely a major chord! Although I often write stories in a minor key, hope is the bass line that anchors my characters.

The mysterious woman behind dark glasses. Or the schizophrenic who has many sides to her personality.

I’m a dog lover. Please tell us about your pets, if any.

Ah, one of my favorite topics! Zelda is our beloved dachshund, eleven pounds of sass who sits at my side in my recliner while I write. She’s my shadow, my muse, and my delight!

Thank you for your time, Carla! It’s a pleasure to have you at DivineDetour!

Thank you so much for having me. One last thing for any of your readers who are thinking about entering the Genesis:  You can’t final (or win) if you don’t submit. So God-speed on polishing those manuscripts! I’m rooting for you!

For additional information about Carla and her books, visit her website at www.carlastewart.com or her blog at http://carlastewart.blogspot.com/.

To purchase Chasing Lilacs and Broken Wings, logon to: