Sixteen Cities: Pray You Through

The members of Christian pop-rock band, Sixteen Cities, range in age from 21 to 23, but each are already on their way to becoming music veterans. The group, which now tours the U.S. and internationally, began performing together regularly during their early high school years. After breaking into the indie scene in Portland, Oregon, they captured the attention of a Nashville record label and in 2010 recorded their self-titled, debut CD.

Lead singer, Josiah Warneking, stopped by DivineDetour to talk about the group’s musical journey so far, and their latest single. 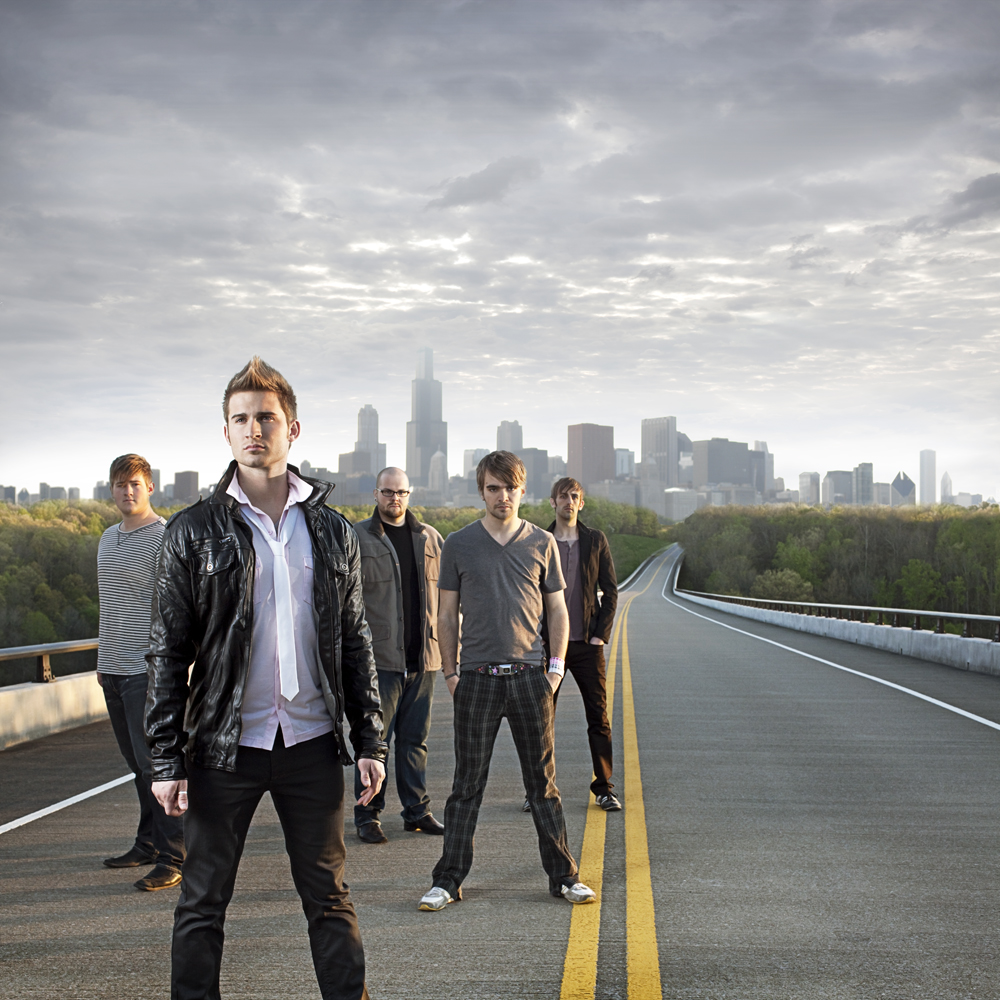 How long have you been performing together? When did you realize you had something special as a band?

We have been performing together as a band for over seven years. We started in high school, as a ministry to our peers in high school, and went full-time into music after graduating. We truly felt like God has called us into this band, and love using music to reach people for Christ.

What was the inspiration for the group name?

We saw a huge need on our campus for some kind of ministry that was relevant and real, and that soon became our mission statement, “to be a relevant voice for our generation, and point them to a real God.”

We heard about the tribe of Issachar (found in the Old Testament), who were the men who “understood the times and the season, and knew God’s heart for their nation.” We wanted to be like the men of Issachar, so we found a verse in Joshua 19:22-23 that said the “inheritance given to the tribe of Issachar…were sixteen cities…” and that name stuck.

Has God ever provided an unexpected “detour” for the group that turned out to be positive?

God regularly uses situations we perceive, in our human understanding, to be roadblocks, and turns them around for His purposes. Sometimes we’ll arrive at an event that seems like it might be unsuccessful and, by worldly standards, might be. But we’ve always believed that God is leading us, and when we surrender to His purposes, we always find a beautiful reason for us to be exactly where we are. Sometimes it’s simply to plant a seed in just one person’s heart. Over the years, we’ve become accustomed to trusting that God is in control, even when it seems like everything around us is unstable. We’re actually thankful we spent several years traveling and ministering independently before signing to our record label, because we feel it prepared us for the journey we had in front of us. God knew we needed to be refined and matured before we’d be ready to take our ministry to a higher level. And that’s exactly what He did, and we wouldn’t change a thing. 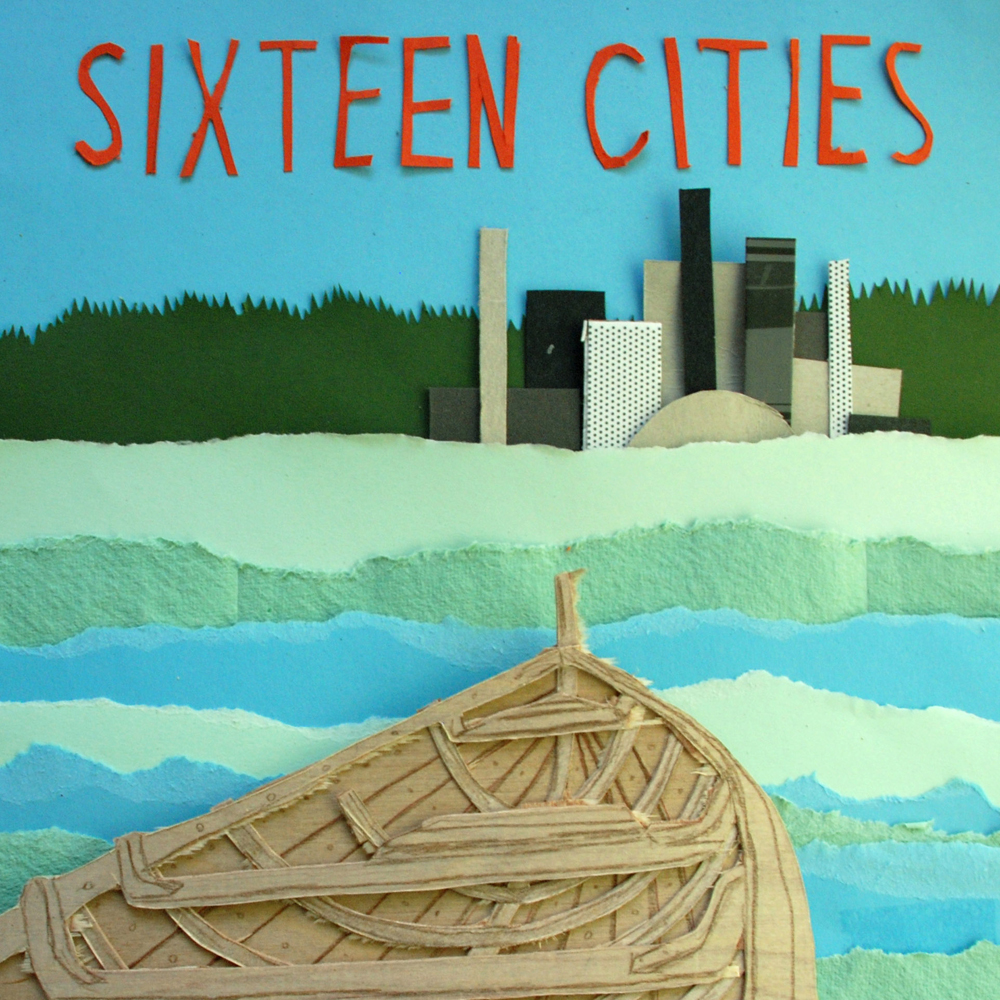 Let’s talk about your debut, self-titled CD, Sixteen Cities (Centricity Records, 2010). Please tell us a little about it.

Our self-titled project was our first nationally distributed album with our record label, Centricity Records. We were honored to work with acclaimed producer Jason Ingram, and feel like we created an album that truly reflects our “sound” and style. When writing for the project, we focused on songs that dealt with the often-dynamic relationship we have with God, and tried to make the songs poignant to the things people face every day. Many of our songs deal with the way we see ourselves, and how that differs from the way God sees us. The album features 11 songs, ranging from up-tempo pop-rock tunes to ballads that deal with more intimate issues of the heart.

Did you write the songs? How do you usually find inspiration for the songs you write?

Yes, I am the primary songwriter in the band. I feel like inspiration can come from almost anywhere. Most of the time I try to think about real people, and all the struggles, trials, and battles they face, and write songs that speak to those situations. I also think about how I relate to God, and try to use language that shows how real my relationship with Him is. I want my songs to be relevant, so I simply speak from the heart. I feel like the Spirit of God will give you inspiration, if you’re open to Him and willing to listen.

When I wrote the song “Pray You Through,” I didn’t have any particular person or situation in mind. I simply knew that often times we run out of words, and can’t think of what we could do to help someone through a situation. And sometimes the best and only thing we can do is pray. However—the story behind the song began to be told by fans of our music, who heard the song and began sharing about how prayer had impacted their lives. The stories we were hearing were so powerful, we soon realized that the story behind the song was ever-evolving in the lives of people all over the world. So we thought it would be powerful to create a website where people could share stories of how God used them to “pray someone through,” or maybe share how someone else prayed for them during a difficult time.

What’s coming up next for the group?

We’re currently touring across the United States, as well as writing for a new album (which we hope to record by the end of the year). Also, our second radio single, “Pray You Through,” has been released to radio and is beginning to be added to playlists around the country.

We love southern food. Being from the Northwest, we don’t normally have the luxury of real Sweet Tea or quality deep-fried goodness. We’re also quite fond of Chick-Fil-A and Chipotle.

This site is about books as well as music. What kind of books do you enjoy reading?

All of us in the band love C.S. Lewis. We also do a devotion from Oswald Chambers every day while on tour.

I am a major chord, all the way.

That’s a hard question. I try to be the romantic lead (especially around my wife), but secretly want to be the mythical warrior.

Being on the road 250+ days a year, we don’t have the ability to truly take care of pets. However, our family has a golden retriever named Charlie, and a Morkie named Coco.

Thank you, Josiah. May God continue to bless your music. It’s a pleasure to have you at DivineDetour!

For more information about Sixteen Cities, visit their website at www.sixteencities.com or www.prayyouthrough.com.

To listen to music samples, logon to http://www.myspace.com/sixteencities.

To purchase the Sixteen Cities’ debut CD, logon to—