Chris Calleja: In Pursuit of a Passion

Chris Calleja always had the music inside him—something he didn’t realize until later in life. Now that he has found his passion, there’s no stopping him. A songwriter, singer, and musician, Chris moved to Nashville several years ago to pursue his musical dream. His single, “Running Around On Me,” released to AAA radio earlier this month.

You didn’t pursue music until college. What prompted your redirection in life?

The feel of the guitar in my hands just felt right. Even long before I could play and make sense, I would sit with it in my lap while I was reading or watching TV. Eventually I started writing songs.

The music industry can be a tough place to get a break. What has been your most difficult challenge since moving to Nashville? What has kept you going?

The most difficult thing for me has been maintaining a full-time day job that is very demanding. When your passion is relegated to a hobby, it can be tough to keep a balance of personal responsibility, and the dream that most people never reach for. Anyone with a dream has to remember not to let what you do to survive kill the thing you love.

Yeah, music! : )  I was doing quite well in Michigan as a carpenter for a great remodeling company. In short time, I would have made the leap to owning my own company. But the joy that music brings when I listen back to something I’ve just finished…it’s hard to describe the satisfaction. Music is special because when a song is written that’s it. No one else will ever do that same thing again. In carpentry, as well as many other professions, you are doing the same job as everyone else. You just hope to be the best at it. Music is about taste, it’s relative.

Let’s talk about your new single, Running Around On Me, from your album Life Itself (Hawker Records). The single was just released to AAA radio. Please tell us about the song and where people can hear it?

The song was written especially with radio in mind. I wanted something that would lead-off the record well and catch people’s ear when they heard it. It’s fictional, but relatable to a lot of people, I suppose. It can be heard at www.chriscalleja.net.

AAA (Adult Album Alternative) is somewhat eclectic. How would you describe your music?

I would describe my music as a cross between Americana and alternative rock, along the lines of Tom Petty or Ryan Adams….

Are you touring and/or planning to tour in 2011?

Yes. We are gauging the success of the national radio release and, from there, we will tour where the music is having the most success. 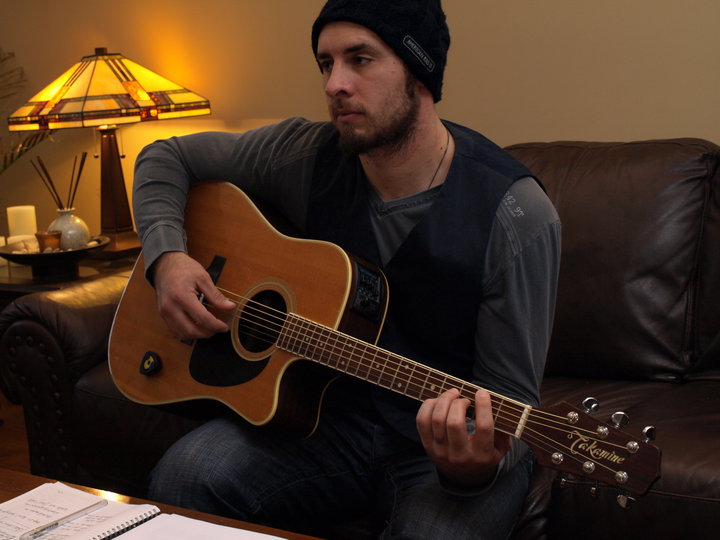 I read everything except fiction. I have read a lot from Jon Krakauer. I recently finished a book that is written in question and answer form between a biographer and Bono…very interesting. Bono is very candid about the industry, the pitfalls and the joy of creating in the music biz.

I’m a minor chord, with a major smile. There is a daily battle going on….

I would say I’m the mad scientist. Everything has to sound just right and, if not, I keep thinking about it until I come up with something that might work. But, I would also say, I’m a kid too, because I don’t think the words “songwriter” and “adult” really coexist…there has to be a level of mature that is never achieved if you’re any good at your craft…. ; )

Thanks, Chris! Best of luck with the new single.

For more information about Chris Calleja and to hear his music, visit his website at http://www.chriscalleja.net/ (turn up your volume to hear the single).