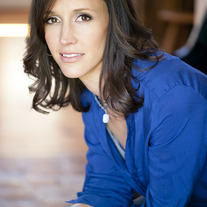 Christa Wells is an award-winning singer-songwriter who is perhaps best known for writing Natalie Grant’s hit single, Held. Christa has also written songs for Point of Grace, Selah, Sara Groves, and Nicol Sponberg, among others, and was bestowed the Gospel Music Association Songwriter of the Year award in 2006.

A performer in her own right, Christa returned to the stage—overcoming performance anxiety along the way—in 2009. Her new CD, Feed Your Soul, was funded by a recent Kickstarter campaign.

Christa lives in North Carolina with her husband and five children.

What sparked your interest in music, and at what point did you realize it would become an important part of your life?

I think the “spark” happened before I even developed long-term memory, and I only know that it was always there. The love for melody, the compulsion to play with it, was part of me from the beginning. Of course, I didn’t think seriously when I was six about career pursuits. I thought I might be a singer. But I also thought I might be a zookeeper. Ha. We sometimes hosted traveling musicians in our home, and I know I thought they were super fascinating. I was probably in middle school when I really began to see music playing an important role in my future.

Have you ever experienced a “divine detour,” a God sent course correction that changed your life for the better?

Oh, my goodness, so many. I mean, I was an army brat, so every couple of years we faced a detour in the way of a geographic move. Those moves were increasingly painful as I got older but, in retrospect, I can see how those uprootings shaped me into someone who’s able to write what I write.

As a young adult, I came unwillingly from Nashville to North Carolina because of my husband’s job. It didn’t make sense to me to leave the music scene and come way over here to a place where I literally knew no one. But in the first six months here, I met two of the three women who would eventually inspire the song Held, which is the song that opened the first doors into professional music for me. 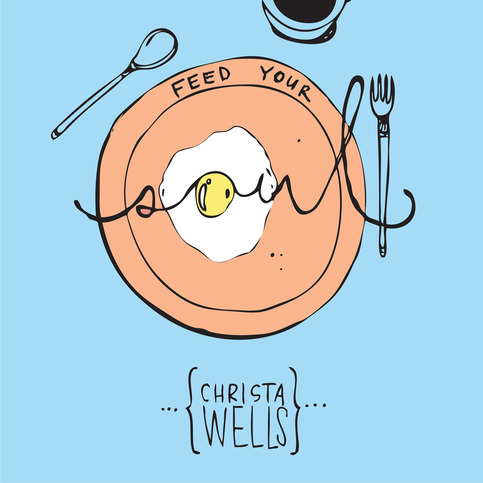 Let’s talk about your new CD, Feed Your Soul (August 2013). Please tell us about it.

Feed Your Soul was the hardest project I’ve ever worked on, and I can only guess why that is. It’s an album of twelve new, original tunes that was born directly from the support of 173 Kickstarter supporters who got me started and then loved me through the winter months of writing and self-doubt.

While a few of the songs are more, shall we say, “fun” than what I’m best known for, the majority still take you out into deeper, quieter waters and deal with loss and vulnerability.

What was the foundation song for the project? Which is your favorite to perform live?

Well, the project began with me just feeling like it was time to get to work on a new album. Partly for the sake of listeners, but largely for myself. It’s good to have to focus and persevere on a larger scale than writing stand-alone songs for other artists requires. I really didn’t know where I was headed thematically. Or, I thought I did, but in the end, the body of work took a different turn. I thought I wanted to write about the beauty of community and speaking truth into each other’s lives, and this does that, but in a more personal and emotional way.

As for live performance, we’re only beginning to try them out at shows, so I’ll have to get back to you! We’ve enjoyed More Than I Am and Feed Your Soul, but I’m looking forward to playing This Thing Is Not Going to Break You and You Are My Defense, some of the ones that are really in my “wheelhouse” musically.

You’ve been blessed with two different music careers—songwriting, as well as recording and performing. Is there a special kind of “fulfillment” that comes from having another artist record one of your songs?

Yes, definitely. I love it and would love to have more of that happen. There’s a real delight, for lack of a better word, in hearing another artist interpret a song I wrote or helped write. To know they believe in it and get it, first of all, and then witness their own creative spin on it. It’s really, really cool.

Please tell us about Masterpiece Ministry.

Oh, Masterpiece. I just love it so much. Which is probably quite apparent to anyone who follows my Faceboook posts or blog for very long. It all began when my parents recognized a need that had not been met for me or kids like me when we were in high school. There were all these clubs and camps for athletic kids and academic genius kids, but precious little for artistic kids, especially within the Christian faith community. Not a lot of support or encouragement or resources were available. We tended to feel alone and “on the fringe.”

Masterpiece is trying to meet that need. We keep it small, fewer than forty students during each week, and we bring in adult staff who are working in their art fields to facilitate workshops and present and generally encourage and inspire the students toward faith and excellence. It’s as meaningful for the staff as for the students . . . that’s the best part.

When I hear “comfort food” I think people are referring to mac & cheese or mashed potatoes. For me, it’s not so much food as candy. Give me Haribo gummy bears or York peppermint patties, and I’ll eat them for breakfast. With heavily-creamed coffee.

This website also features literary guests. What’s the name of the last GREAT book you read?

I’ve just finished Sky Blue by my new friend, Travis Thrasher, and it was enthralling and surprising and beautifully written.

That’s too funny, because I feel like I am all of my songs. Most of them are on the hopeful melancholy side, so I guess that’s probably it.

Definitely the little girl trying to walk in high heels.

We have two dogs, Copper and Amber, both coming up on two years old, both adopted from the pound at the same time. I admit I didn’t want dogs at the time, but they’ve been really good for us and are very well-loved.

Thanks, Christa! It’s great to have you as a guest at DivineDetour.

For more information about Christa, including her appearance schedule, visit her website.

To purchase Feed Your Soul, logon here or the following retail sites: