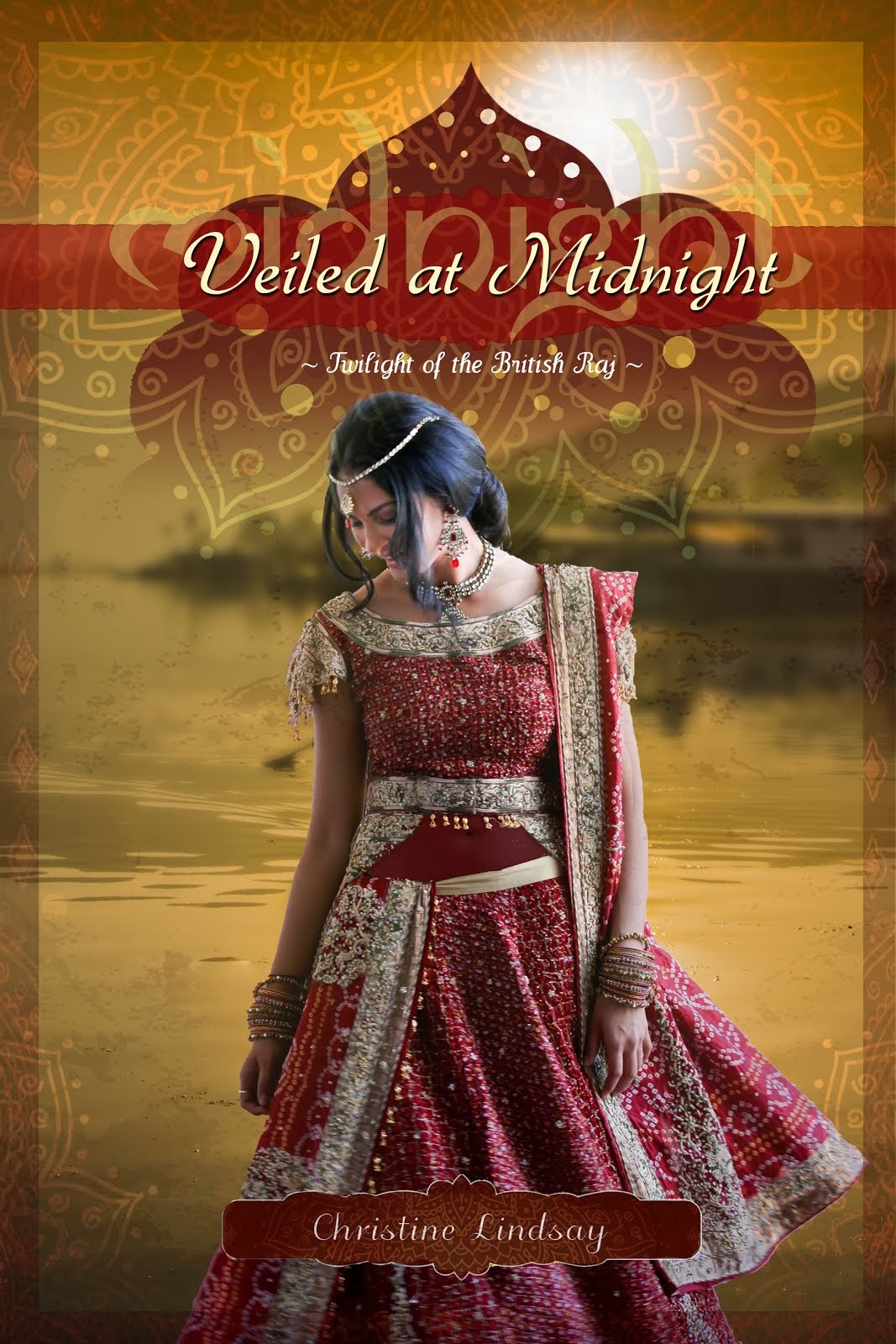 Christine Lindsay’s multi-award-winning debut novel, Shadowed in Silk—and her latest release, Veiled at Midnight, were inspired by stories passed down from family. Her Irish ancestors served in the British Cavalry in Colonial India. Her great-grandfather and grandfather worked as riveters in a Belfast shipyard, and one of the ships they built was the Titanic.

She now makes her home on the Pacific coast of Canada.

Let’s talk about Veiled at Midnight (WhiteFire Publishing, October 2014). Please tell us about it.

Veiled at Midnight is like the first two books in this series—a big love story set against a war-torn setting—but also dealing with subject matter dear to my heart. In this book it is the healing of an alcoholic, racism, and that nothing, absolutely nothing can separate us from the love of God.

It was exciting for me to use the metaphor of a country being torn in two and a united people being separated from each other to show the truth in Romans chapter 8: 38, 39. For I am convinced that neither death nor life…neither the present nor the future, nor any powers…nor anything else in all creation, will be able to separate us from the love of God that is in Christ Jesus our Lord.

In Veiled at Midnight a forbidden love tries to flower between Captain Cam Fraser and the beautiful Indian Dassah. Not only does the violent Partition of India tear these lovers apart, but so does the fact that she is a poor Indian girl and he has the prestigious position as aide-de-camp to Lord Louis Mountbatten, the last British Viceroy to India. To add to their despair is Cam’s drinking problem and Dassah’s feelings of inferiority as an Indian.

But to add a twist to this big love story, I have a secondary story in which Cam’s sister, Miriam, must decide if romance is for her. Or will Miriam decide that God has something else for her other than marriage and children.

This is the third book in your Twilight of the British Raj series. Did you know how the series would end when you set out to write the first book? Are there any surprises for the reader and/or for you as the author?

I had a rough idea what the third book would be about by the time I finished writing the end of Book 1 Shadowed in Silk. Since Book One started off with the first glimmers of India’s fight for independence, then the last book had to end with Britain’s leaving India.

With that timeframe in mind, then the little boy Cam, in Book One, would be a man of thirty-one in 1946. It was easy to decide he would be the hero, but what kind of hero? There were some issues in Book One that I wanted to deal with in Veiled at Midnight, and felt they could be shown in Cam’s life as he follows his stepfather in the illustrious military career but fights against his natural propensity to act just like his biological father who was an alcoholic.

The idea for Dassah as the heroine came about in Book Two, Captured by Moonlight, when she is mentioned as a little girl.

So, yes, there were surprises for me as the author as I wrote these characters. I guess because I knew their backgrounds so well it was almost like they were telling me their story. 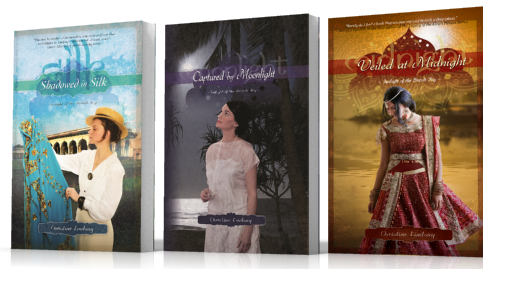 If someone hasn’t read the first two books in the series, can Veiled at Midnight be enjoyed as a standalone?

Yes, but the story is only that much fuller if you can read the first two books prior to reading Veiled at Midnight. It was such joy to see old characters from the first two books come into the last book. It was like seeing what had become of old friends.

Let’s talk about the holidays! Have you ever experienced an unexpected interruption, a detour, in your traditional holiday plans? If so, what did you learn from the experience?

Nothing serious, but one year I got a really bad case of influenza. So while I took it real easy my husband bought a turkey that was already stuffed and we just had a simpler meal and stayed home to spend the holiday quietly.

We always need to be able to set our plans aside, but at the same time try to rejoice in this precious time of the year as we focus on why Christ came to earth as a babe. That fact is worth the time to celebrate.

Scottish shortbread and a nice cup of tea.

Can’t help it, it always takes me back to my childhood, I love Bing Crosby’s I’m Dreaming of a White Christmas.

My tree is a nice, tidy, fake spruce with lots of gold ribbon and ornaments that represent our family, such as sparkly airplanes for my son Kyle, lots of gold musical notes and instruments for my son Rob, and crystal angels for my daughter Lana. I like to think of the gold ribbon cascading around my tree as the joy that ripples through us as we follow and obey the Lord Jesus in our lives.

Thank you, Christine! It’s nice to have you back at DivineDetour.