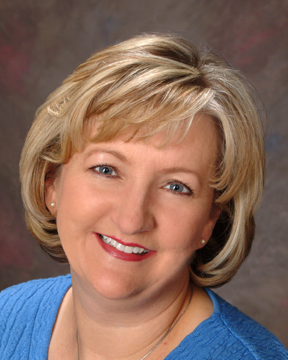 Dianne Neal Matthews is a freelance writer and the author of four daily devotional books, including The One Year Women of the Bible (Tyndale House) and her latest, Designed for Devotion: A 365-Day Journey from Genesis to Revelation (Baker Books). She also writes regularly for websites and blogs (such as CBN.com and FindingGodDaily.com), contributes to compilations (including Guideposts’ 2013 Mornings with Jesus), and enjoys speaking and teaching at writers’ conferences.

She and her husband, Richard, currently live in Salt Lake City, which is too far away from their three grown children and two adorable grandchildren.

Your writing journey began with a writer’s conference. What happened next?

When I attended that first Write-to-Publish conference, I simply asked God to show me if writing was His will for me. It sounds weird, but I had this idea in my head that because I wanted to be a writer so badly (since first grade), it couldn’t possibly be God’s plan.

I had never thought about writing devotions until an editor suggested it. I started out writing devotions for the backs of church bulletins and an occasional article for Sunday School take-home papers. The second year at the conference I sold an article to Focus on the Family magazine. I also began writing for my hometown newspaper, doing feature articles and profiles. So what if the circulation was very small and the pay was fifty cents an inch? People enjoyed the articles and I often found ways to share spiritual truth.

Each year at the conference, I grew a little bit bolder about talking to editors and even began discussing book ideas. An editor from Tyndale House took one of those ideas, tweaked it, and asked to see two weeks’ worth of samples. Unbelievably, it took me almost two years to complete those samples and turn them in. Shortly after that, I got the phone call offering me my first book contract. The One Year On This Day was published in 2005; two years later, Tyndale published The One Year Women of the Bible.

Since then, I’ve written articles for magazines and websites, contributed stories to compilation books, and signed with an agent—whom I met at that same writing conference. (Did I mention how important writing conferences are?) Now I’ve just completed two one-year devotionals for Baker Books.

Since I’ve been writing primarily devotions, my faith is upfront and center in my work. Whether I open a devotion with a personal experience, a historical event, a current news item, or a fictionalized scenario, the piece reflects my firm belief that the ancient words of the Scriptures are fresh and relevant to our lives today. In the Bible, God reveals Himself and His thoughts to us, sheds light on the human condition so we can understand ourselves and others better, and explains how we can live a life of joy and fulfillment through a relationship with Jesus Christ and obedience to His Word. The Bible is a precious gift from God’s own hand. How could we ever let our own copy get dusty? (Got a little excited there.) 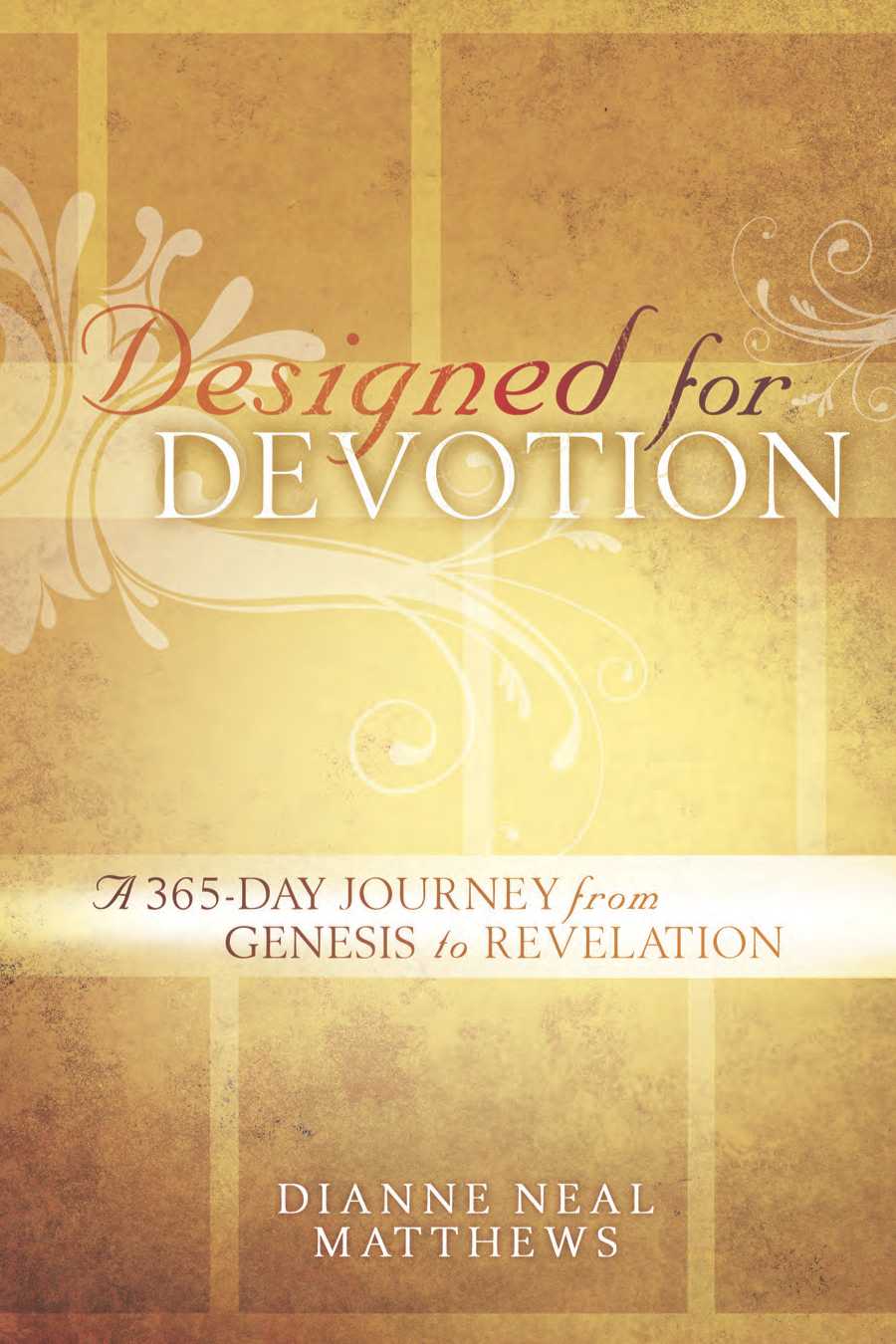 Let’s talk about your new devotional, Designed for Devotion: A 365-Day Journey from Genesis to Revelation (Baker Books, September 2012). Please tell us about it.

Designed for Devotion gives an overview of the Bible from beginning to end. It explains the background and factual information for each book, including the author, theme, purpose for writing, and historical setting. It highlights the key stories and characters in the OT and gospels, and explores the basic teachings of the NT writers.

In the part of the book that covers the Old Testament, I sprinkled occasional “Jesus Sightings” (in keeping with the theme of a trip or journey). These devotions focus on how Jesus fulfilled Old Testament prophecy. I also included devotions about the 400-year period between the Testaments, the concept of “theophany,” the distinction between the Major and Minor Prophets, and other topics. Another goal was to show how the Old and New Testaments fit together to form a single story.

Since I’m not a Bible scholar, this book is not an “academic” book even though it shares a lot of historical information. Each day’s devotion ends with a practical application that encourages readers to apply that day’s spiritual lesson to their own journey with God. My hope is that this book will be enjoyed by seasoned students of the Scriptures as well as those new to Bible study.

God often uses our writing to teach us. What did you learn (about life, faith, and/or even yourself) in the process of writing this book?

When I’m writing devotions, God often catches my attention about an issue or problem that I need to address in my own life. But mostly, He keeps teaching me the truth of Ephesians 3:20: because of his mighty power at work within me, he can and does accomplish more than I could ever think or imagine.

This verse kept coming to my mind when I attended that first conference and received positive feedback (instead of being asked to leave as I had feared). The same verse sustained me when I was asked to write two of my one-year devotional books in impossibly short periods of time. And this newest devotional represented the biggest challenge yet—giving an overview of the Bible from beginning to end. Once again I clung to that passage. That’s why I have included these verses in the front of each one of my books.

Now all glory to God, who is able, through his mighty power at work within us, to accomplish infinitely more than we might ask or think. Glory to him in the church and in Christ Jesus through all generations forever and ever! Amen. Ephesians 3:20-21 (NLT)

Detours in life can be frustrating, but the outcome is often better than our original plan. Can you tell us about a “detour” in your life that turned out positive?

The latest major detour in my life happened a little more than two years ago. After spending four years in the Army, my son-in-law decided to take a break and complete his bachelor’s degree, then reenter the Army. So my daughter’s family moved from Fort Bragg, NC, to where we lived in Illinois. I was thrilled that I would get to be part of my grandchildren’s lives for two years and support the family in their busy work/school schedule. (Lacey was almost six and Roman was a newborn.) I told God how perfectly that had worked out.

Then my husband accepted a job in Salt Lake City. He had been laid off for six months, so the job was a blessing and a great step in his career. But I could not believe that I would be moving away from my three children, especially when they would all be in the same place for a couple of years.

Truthfully, I can’t say how this detour turned out positive, other than the job. But if I believe that God knows what is best, then I have to trust that this “dreaded detour” accomplished some meaningful purpose. If nothing else, it helped me move a little closer to that point of trusting God implicitly, even when I don’t like or understand what is happening in my life.

I love teaching workshops on different areas of the writing craft at writers’ conferences. I’ve also done an introduction to getting published at libraries and other venues. After so many years of attending conference classes and studying on my own, it’s a joy and privilege to pass on what’s been passed on to me. For women’s groups, I like to use the season or holiday as a theme to present spiritual truths. I also like to speak about women in the Bible, drawing from my book on that subject. 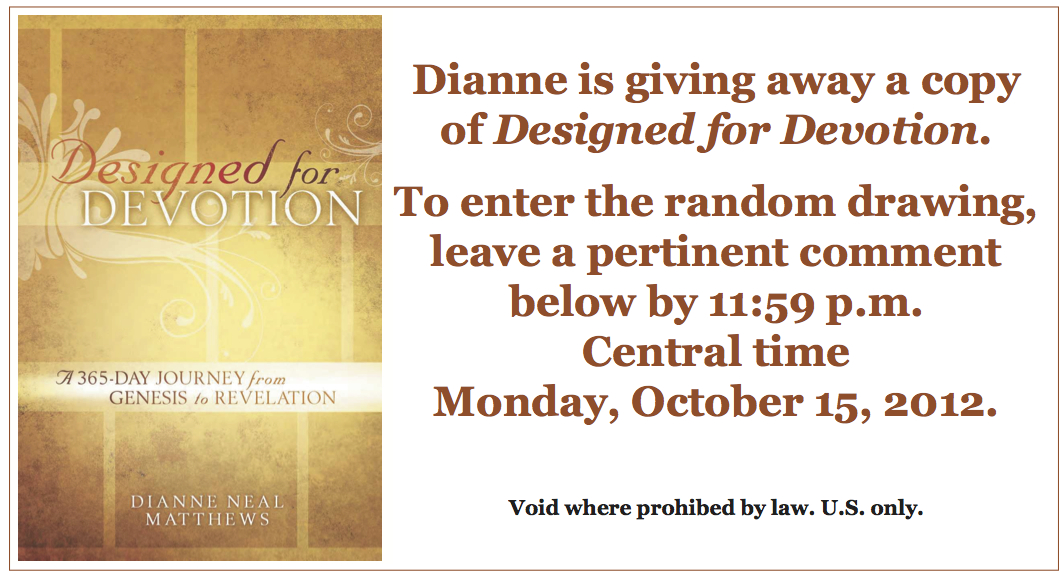 Unfortunately, I find too many foods comforting! But when I have a deadline and finding the right words is like pulling teeth, I tend to want something on my desk that is easy to pop in my mouth and munch on. A few favorites are Cheez-its, Reese’s pieces, sunflower seeds, and any kind of nuts. The great thing about tiny goodies like these? If you don’t measure them out, you have no idea how much you’re consumed, so how can you feel guilty?

Not really. When I was a little girl, I sang at church and at some school programs. But I never had a standout voice and now that I’m older, it’s probably more like a “stand off-ish” voice. But I do love listening to all kinds of music.

What an intriguing question! I guess it would have to be a song with lots of variety—high notes, low notes, and lots of runs. Most of all, it would be an unfinished song.

Once in a while, someone treats me like the strong, female lead. (I’m not quite sure how to act at those times.) I believe most people see me as the girl next door. When I was in graduate school years ago, we were instructed to write down one positive thing about ourselves. At first I had a hard time, until I realized that everyone—including very shy people—feel comfortable around me. People don’t have a problem opening up and talking to me. I really like that. Deep down inside, however, I often feel like the little girl trying to walk in high heels and afraid of falling down at any moment.

Growing up on a small family farm, we always had a dog. But they lived outside and usually didn’t have long lives for one reason or another. When my kids were growing up, my cat-hating husband let us keep a kitten named Jasmine. One of my cat-loving friends remarked on something that I found especially endearing about Jasmine as she got older: she loved making eye contact with people. She would walk into the room, sit down, and lock eyes with me or whoever was there. It made me feel like she understood me.

Thanks, Dianne! It’s nice to have you as a guest at DivineDetour.

For more information about Dianne, visit her website at www.diannenealmatthews.com.

To purchase Designed for Devotion: A 365-Day Journey from Genesis to Revelation, logon to: