Don Cusic: A Scholar on Music, Literature and Life

Don Cusic is a former journalist and entertainment manager, a country music historian, a songwriter, and a Professor of Music Business at Belmont University in Nashville, Tennessee. He is also the author of more than a dozen books about the entertainment business and music personalities—including Reba McEntire, Randy Travis, and Sandi Patti.

In our interview, Don talks about his most recent books, drops some quick wit, and offers sage advice about choosing a career. 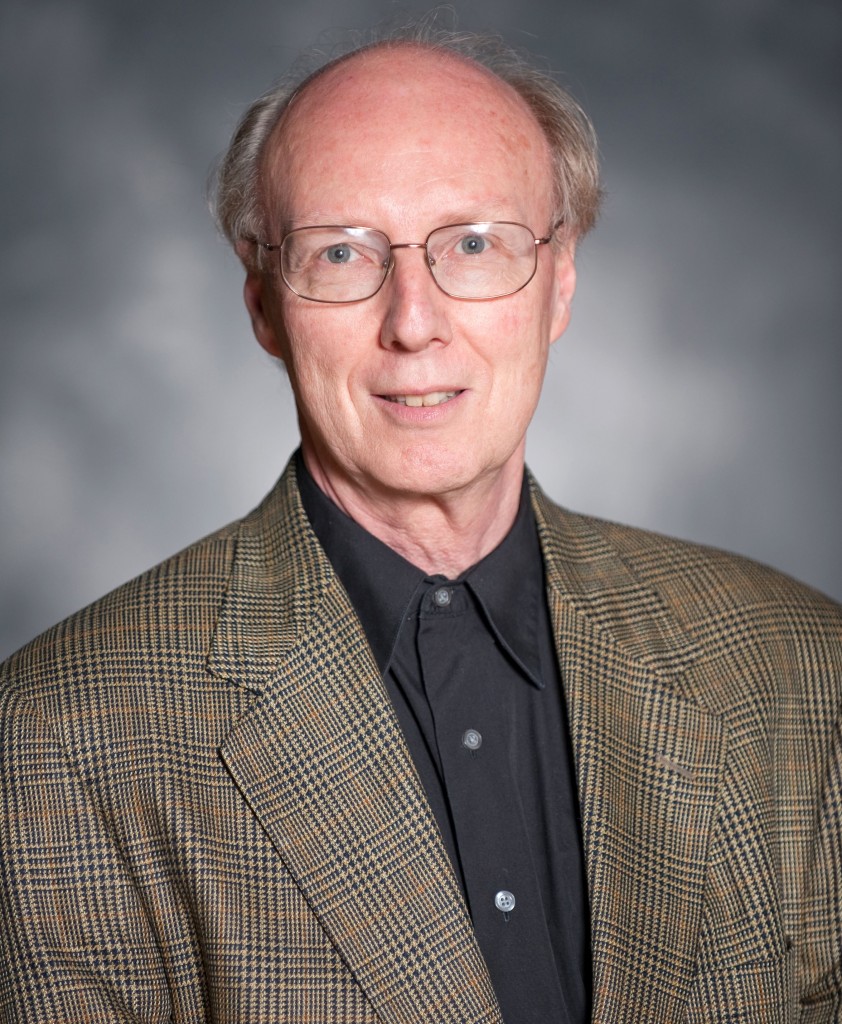 How old were you when you first knew you wanted to be a writer?

I was in the sixth grade. There was a DAR contest, and I wrote a poem. Another kid asked me, “Are you going to be a writer?” and I replied, “No, there’s no money in it.” But at that moment, I know I’d be a writer.

How did you go about pursuing that career?

Worked for a newspaper, got a degree in journalism.

What was your “break” into entertainment journalism?

Getting to work for “free” for Record World while they were compiling their “Country Music Special” in Fall 1973. Dan Beck “hired” me—said they’d buy me a hamburger now and then.

I went to work for Monument Records as an executive—which didn’t “fit,” but it gave me the opportunity to see how a record label worked day to day. I had a failed business—a management company—and that let me know I needed to be a writer as well.

You’ve been involved in many aspects of the music business—from journalism to artist management to songwriting—and you’re now Professor of Music Business at Belmont University. What advice do you give to young people who want to break into the music business, whether in music or journalism?

The advice I’d like to give is work for a newspaper—that is invaluable training. But there’s less and less opportunity there now. I’d have to say the obvious—go to college and intern. That seems to be the best way to get into the music business these days.

The other thing is to follow your “heart” instead of your “head.” In other words, don’t take a job just for the money, or because it offers more money, when there’s another job—paying less—for something you’d love to do.

You’re a prolific writer and have released two books this year. Let’s talk about It’s the Cowboy Way! The Amazing True Adventures of Riders In The Sky (University Press of Kentucky). Please tell us a little bit about it.

Actually, that book came out several years ago. I was the first manager of Riders and the guys and I have remained friends through the years. I was talking with Ranger Doug one day, and he told me that Ken Griffis was going to write a book about them but it fell through. So I pursued it.

My most recent book is an encyclopedia of Contemporary Christian Music (Greenwood Publishing Group). I got roped into that one because I’d written a history of gospel and Christian music and an editor at a major resource publishing company needed an encyclopedia. She wore me down and I reluctantly said “yes.” Advice: don’t ever write an encyclopedia! 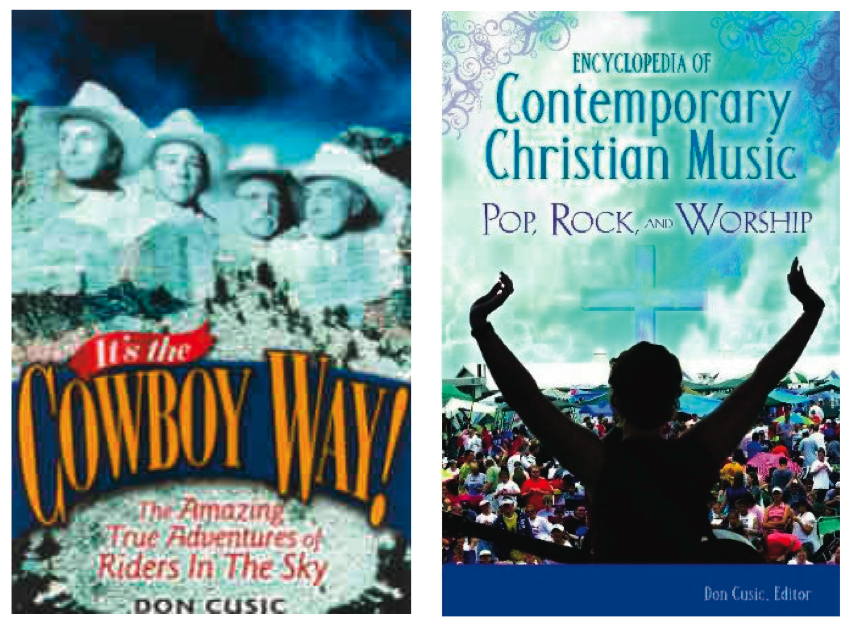 There are an incredible number of facts in the Riders in the Sky book. What kind of research did it take to write such a  detailed biography?

As for the research, I’d done an encyclopedia of cowboys, and I was the editor of The Western Way, the magazine of the Western Music Association. So that background helped a lot—as well as knowing about country music. The singing cowboys were an important part of the history of country music.

Also—I spent a lot of time with them, traveled in their bus on the road, and we had some long, sit-down interviews.

A knowledge of how the “cowboy” has been an important part of the history of country music.

You released another book about a singing cowboy. Gene Autry: His Life and Career was published by McFarland, in April. You interviewed several of Autry’s contemporaries for the project. That had to be fascinating! Please tell us about the book.

That book took ten years to write. I intended to write a book about the singing cowboys influence on country music, but it kept coming back to Gene Autry. I really didn’t want to do a biography of Autry—so I’d set it aside. I’d run into some roadblocks, or I’d take up other projects and stick that manuscript in a file folder. But I kept coming back to it.

People sometimes ask, “How do you choose the books you do?” and the answer is often “the books choose me.” Don’t know how to explain that—except there are some books that just demand to be written. I’m just the vessel. 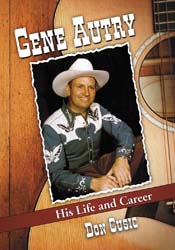 Was there one special fact you unearthed about Gene Autry that surprised or touched you?

How lucky he was!

You are the founding member and Chair of the Belmont Book Award presented each year to the best book in country music. What are the criteria for the award? Who are some of the past winners?

Well-written, well-researched book related to country music that sheds new light on the topic. Some of the past winners are The Colonel: Tom Parker by Holly George-Warren, Linthead Stomp by Patrick Huber, the Encyclopedia of Country Music from the CMF, Devil’s Box by Charles Wolfe, Workin’ Man’s Blues, and the Jimmie Rodgers book by Barry Mazor. Can’t remember them all right now!

The one who kept banging his head against a wall until it cracked.

I’m a dog lover. Any pets at the Cusic household?

One Lab. In the past—there have been cats and a gerbil.

Thanks, Don! It’s great to have you visit at DivineDetour.

For more information about Don Cusic, visit his website at www.doncusic.com.

For additional information about Belmont University and/or the Mike Curb College of Entertainment and Music Business, logon to www.belmont.edu or www.belmont.edu/cemb.

To purchase It’s the Cowboy Way! The Amazing True Adventures of Riders In The Sky from the University of Kentucky Press, visit http://www.kentuckypress.com/viewbook.cfm?ID=1055&Group=7.