Edie Melson ~ While My Soldier Serves 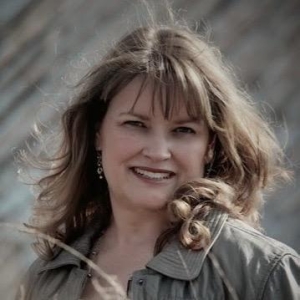 Edie Melson is a sought after writing coach, social media expert, and prolific writer. She has published thousands of articles, serves as Senior Editor for Novel Rocket, and is Social Media Director for Southern Writers Magazine, as well as the co-director of Blue Ridge Mountain Christian Writers Conference (which is happening this week).

A military mom, Edie loves to encourage other military families. Her military blog appears at Guideposts.org. Her new devotional, While My Soldier Serves, released this month. She and her husband live in South Carolina.

You’re involved in all aspects of writing, from craft to marketing. What started you on your personal writing journey?

I have been a writer most of my life. I wrote my first novel long-hand, in eighth grade, and have been writing ever since. I really felt the first nudge from God to use my writing for Him after the birth of my third child. I started out writing Bible studies, from the things God was teaching me. Then I began writing articles and devotions.

Our Author and Creator sometimes writes in a “plot twist” that blesses us more than our original plan. Have you ever experienced such a “Divine Detour”?

I definitely have! I have been a serious writer since about 1998, and one of my earliest goals was to have a book published. But no matter how hard I tried, that elusive contract never came through. One by one, I watched my writing friends get contracts, then I watched writers I mentored get contracts, but still nothing for me. I questioned God’s calling and wondered if I should learn to be satisfied as a successful freelancer. Then, in 2010, the call came. My first book was a devotional for military families: Fighting Fear: Winning the War at Home When Your Soldier Leaves for Battle. God had saved the precious first contract for something that meant the most to me. And He has used that book to begin to redeem those years we struggled as our son was in Marine Corps and on multiple deployments. He hadn’t withheld that contract because of something I was doing wrong. He’d withheld it because He had something better in mind all along. 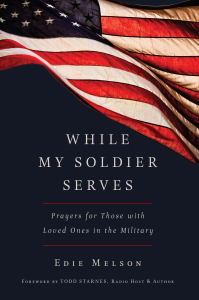 Let’s talk about While My Soldier Serves (Worthy Inspired, May 2015). Please tell us about it.

This is the book I wished for while our son was deployed in Iraq as a frontline infantry Marine. I struggled during those deployments, fighting fear, depression and an inability to pray. I would wake up three to four nights a week from night terrors and sit downstairs in our recliner, with my Bible in my lap, trying to read and pray. I longed for a book that would help me give voice to the prayers locked inside my heart.

I searched online for a website that offered prayers, but found nothing their either. So I began praying scripture and writing out my own prayers. Those became the basis for this book. You could really say the words in this book were forged in the crucible.

How (and why) did you become involved with the Blue Ridge Mountains Christian Writers Conference?

The Blue Ridge Mountains Christian Writers Conference was where I sold my first article — to Jesse Florea at Focus on the Family — way back in the early 2000s. It’s close enough to where I live (in SC) that I could attend without too big a drain on our family resources. The people at this conference mentored me, encouraged me and become my cheering section as I found God’s plan for my writing. Eventually I gained enough experience to apply for a faculty position. At the time the conference didn’t have much in the way of social media, so I offered to take that on. Alton Gansky took a chance on me and let me have it. The rest, as they say, is history.

When the words aren’t flowing — or when you want to celebrate if they are — what is your favorite comfort food and why?

If I need a snack, or a special treat, it’s Ben and Jerry’s Cherries Garcia. My husband has been known to sneak away to the grocery story on my worst writer’s block days and return with a small carton. Yes, there are pictures on FB.

I’m always a little amazed by this question. The short answer is that I’d be doing exactly what I’m doing right now, writing. Failure or success doesn’t enter into my decision on whether or not to follow God. I believe the success is pursuing God. Failure happens when I refuse to follow God. It’s at once that simple and that hard. 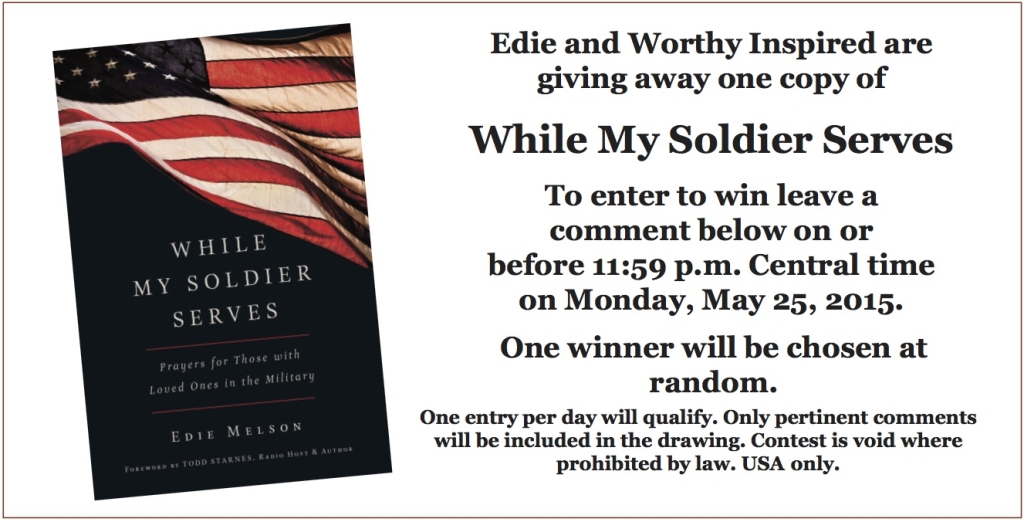 I think I have several passages that resemble my journey of faith. I’m a lot more like Miriam (Moses’ sister) than I care to think. I’m capable of bold moves, (like when she saved Moses) but I’m also capable of derailing a lot of people if pride gets in the way (when she criticized Moses). My life verse comes from Esther, so I also have an affinity for her journey: Yet who knows whether you have come to the kingdom for such a time as this? Esther 4:14b. I’m also a lot like Peter, sometimes I get it right and sometimes I don’t, but you always know where I stand.

I hope I’m the girl next door. I strive to be like Paul, all things to all people. I want to be relatable, so when God does something extraordinary it’s obvious to everyone that it’s Him at work and not me.

Right now I have a dog and a cat. Jake is fourteen and we refer to him as our hand-me-down dog. He was our oldest son’s, then our middle son’s, then our youngest son’s and now he’s stuck with us. He’s always beside me when I’m writing (and yes, he’s sitting here now, with his head on [my] foot). My cat is Emily Dickinson. She’s every inch a cat, but she loves me. She is perched above me and every afternoon, she demands her time with me by marching back and forth across my keyboard until I stop and spend some cuddle time with her.

Thank you, Edie! It’s a pleasure to have you as a guest at DivineDetour.

To purchase While My Soldier Serves, log on to: