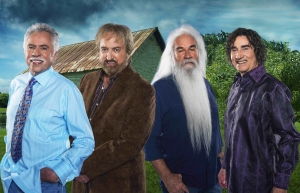 The lead singer of the Oaks, Duane also loves to find new music and has produced or co-produced a dozen of their albums, including their new project from Gaither Music, Rock of Ages, Hymns & Gospel Favorites.

Duane and his wife, Norah Lee, their two children, son-in-law, and four grandchildren—who are all gifted in music—reside in Hendersonville, Tennessee.

What started you on your musical journey?

I was the youngest of a large family. My mother and daddy were both very good singers and could read music, so music was just as natural with my family as everything else. I learned to sing as early as I can remember. At about five or six I directed my first song, Hand in Hand with Jesus, at the end of a singing school held in the summer at our local school. When the people gave me a very loud round of applause, I was hooked. So, I would say that my mother and father started me on my musical journey because I was born into a musical family. That’s where I learned my love of harmony singing.

Who were (and/or are now) your musical mentors or heroes?

I studied classical music in college, however, I was not drawn to that type of music for my career. It was the only type of music being taught in the period of time I was seeking higher education, and I wanted to learn how to sing, read, and compose music correctly, so studying classical music was the way to go.

I loved my teacher, R.G. Webb. He was in residence, getting his doctorate. He came from the Metropolitan Opera as the first tenor. After he finished his degree at my college, he went to London to become the featured tenor of the London Philharmonic Orchestra. In popular music, I am an avid collector of groups’ music, starting with the Sons of the Pioneers, the Everly Brothers, the Louvin Brothers, the great gospel groups, the great black gospel groups, the Platters, and basically, any group that sings harmony. I have never had a musical hero, but I have had several acts that I have studied… Elvis, Sinatra, Beatles, Stones, Nat King Cole, B.B. King, and so many of the greats that have spanned the test of time. 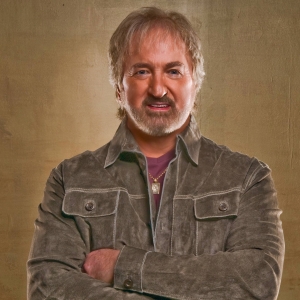 There was a time in our career that completely changed my way of thinking. We were a gospel group that had never performed a secular song. In the 70’s, we were at a show in Virginia, and we were not the typical gospel group. We dressed very hip, our hair was longer than most, and we had a band. Some of the gospel promoters did not like this. But, I felt that our music was more important than the outward appearance, so I wanted to make our music so good that we could not be denied. But one group of people had other ideas. We started our show with Doctor God. When we got to the end of the opening phrase about three rows of people near the front stood up, turned their backs on us, and with their backs to us walked out to the aisle. Then, in single file, they walked out on us. We finished our show, and when we got off stage I realized we no longer fit in the business part of gospel music. So, while I loved gospel music with all my heart and soul, I knew right then it was time to leave. We did, and we have never looked back. God had other plans for us. I could not see it at the time, but, when I got out of the way and let God put His divine direction on our career, as they say in the business, the rest is history. Thank you, God for divine direction. 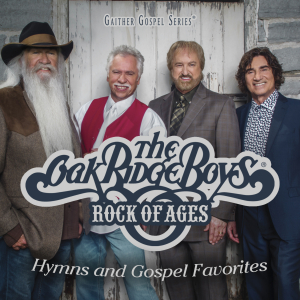 Let’s talk about Rock of Ages: Hymns & Gospel Favorites (Gaither Music, May 2015). Please tell us about it.

Bill Gaither asked us to do a hymns album that resulted in Rock Of Ages: Hymns & Gospel Favorites. The Gaither people asked Ben Isaacs and me to produce this collection of great hymns. The goal was to capture the emotion and passion of each “Oak,” when we were little boys growing up in church. And, we wanted to record it in a way that was “singable” so when people are listening to it in their car the entire family can sing along with the music they already know.

We wanted to keep it all about the vocals, so we just had a basic rhythm section, no extra instruments at all. The main emphasis was to capture the magic of four voices singing songs we had all learned as little boys, so most of the instrumentation was put on after the vocal work was finished.

How did you go about choosing the songs for the project?

The first thing I did was to send an e-mail to each of the Boys to ask each to send me songs they really wanted to sing. All of the Boys responded, and most of the favorites that each Oak listed are reflected in their featured leads.

It is difficult for me to pick a favorite track because every track took on it’s own personality and vibe. The emotion and passion that came from singing these old songs just filled up the studio, and each song was an uplifting experience.

I must mention our guests… Merle Haggard sent a song to us and asked if we would consider recording it. When I listened to it, I was frozen when I heard his recitation. So I called Merle and told him we would love to record it, however, I did not think that I could do that recitation justice. I asked Merle if he would record with The Oak Ridge Boys, and he said “yes.” This is an historic recording of The Oak Ridge Boys with Merle Haggard. He not only did the recitation on Sweet Jesus, he sang the last chorus with us.

Then our dear friends the Isaacs came by the studio to add their voices to a song I have had for several years, just waiting for the right album of songs where it could be included. After the Isaacs added their voices to Peace Within, in my mind I heard something else at the end. I have often heard black gospel singers talk about “moaning” instead of “singing,” so I asked Sonja Isaacs if she could put herself into that mindset and just moan a part on that last chorus… and wow!!!!!!! It just became pure magic. First take.

There were moments all through this project where our emotions overtook our voices, and there are breaks in our tones. We left those in, because they are real. We did not try to make a perfect recording; we tried to make a real record. We did not use a lot of “bells and whistles” or technology to make this a great record, we just tried to capture us doing what we do every day, every show, at our best. It’s raw, it’s real, and it’s honest.

When I mentioned a very limited rhythm section — Gordon Mote on piano, Ben Isaacs on up-right bass, Greg Richey on drums, and Jimmy Capps on guitar — all of these were basically for intros, turnarounds, key changes, and endings. All of the other instruments were added later. Ben Isaacs magically guided all of the musicians through the sessions and overdubs, with the help of engineer Mark Capps.

I am a lover of Southern cooked food, a ‘meat and three’ man. And if there is a big helping of ice cream afterwards, or in-between meals, I am a happy camper. I am also a Texas born man, so I love a great Angus steak cooked to perfection, and it is hard to beat that Texas bar-b-cue.

John 3:16 is my favorite scripture. But the teachings from the Bible that have helped me as I have aged are those that are centered around the “forgiveness” teachings. I learned how to deal with those things, which I cannot change, and people who have said or done things to harm me.

First, I prayed for forgiveness for myself. Second, I prayed for God to forgive those who said or did something to harm me. And then something wonderful happened. Third, God gave me freedom from those things and set me free.

I am a major, four-part harmony type of person.

I’m a dog lover, and I know you are too. Please tell us about your pets, if any, or your favorite pet as a child.

I am a dog lover. I have two dogs at this time, one outside dog, a lab, and one inside dog, a small, mixed breed. I also raise cattle on my farm. I rescue burros, and I rehab abused mustangs. I have had animals since I was a little boy. They are truly man’s best friends.

Thank you, Duane! It’s a special honor to have you as a guest at DivineDetour

To purchase Rock of Ages: Hymns & Gospel Favorites, log on to: