As a young child, Elizabeth Goddard fell in love with books and longed to write one day. Fast-forward quite a few years, to 2001, when her husband made a career change to Austin, Texas. That geographical detour put her at the right place at the right time.

You aspired to writing at an early age. When did you begin to study the craft and write for publication?

I joined ACFW (then ACRW) in 2001 when I met DiAnn Mills, Kathleen Y’Barbo Turner and Lynette Sowell at an American Christian Writer’s conference. Attending that one conference—my first conference—changed my life. I was placed in a critique group with ACFW and started submitting a chapter a week, and that was my first time to ever attempt to write a novel.

What was your big break? Did you have a mentor?

I didn’t have an official mentor but I had plenty of other writers around me to give guidance and encouragement. One of those was Lisa Harris. Lisa was in my first critique group and we’re still friends today. She and I discussed how we could break me into the publishing world and came up with our proposal for what is now titled Cranberry Hearts. We invited Lena Nelson Dooley, also a good friend and mentor, into the three book proposal.

Faith has everything to do with the writing. If it wasn’t for God chasing me for years to write, I would never have said yes to the call, because it’s a tough one. That’s faith working outside of the story, but inside the story I just allow my Christian worldview to flow naturally through the characters responses. I’m sometimes amazed at what themes will come out.

Oh, He does that all the time. In fact, the whole writing thing is a positive result of a detour. We moved to Austin that year and I did NOT want to leave family, but my husband had a job opportunity that he simply couldn’t turn down. It was because of the move that I attended the writer’s conference in Austin and I’ve already shared where that led in another question.  : ) 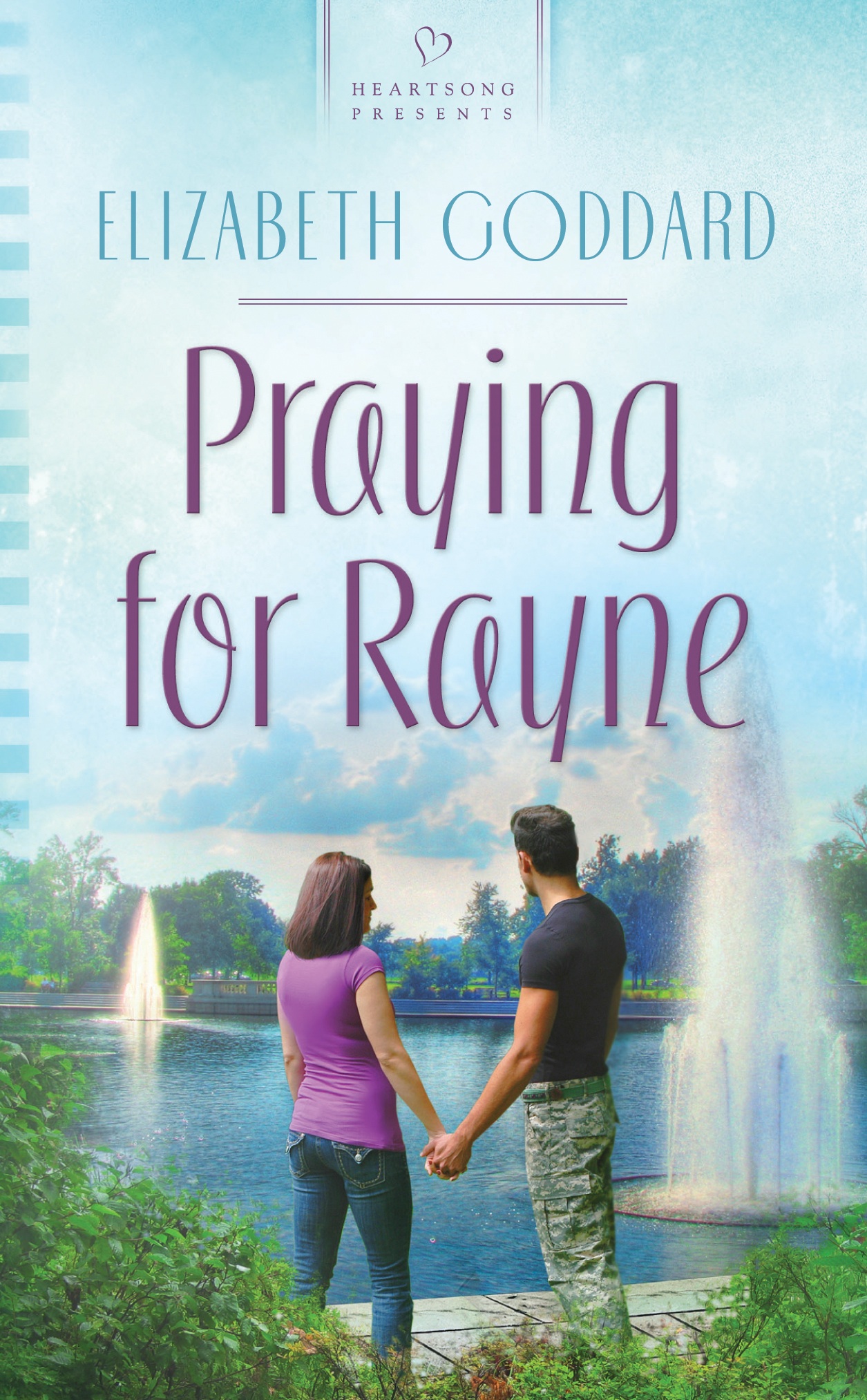 You have two books releasing in December. Please tell us about Praying for Rayne (Heartsong Presents).

Water speaks to Rayne like nothing else on the planet.

Which is why she cannot simply stay on the farm and marry Paul like everyone expects. Her job designing and choreographing magnificent fountains is a dream come true—so why does it seem that no one who says they love her can understand her need to create, to express the beauty she sees?

When Jack comes to FountainTech to manage its team of creative designers, he is amazed at the high level of talent he finds there. Expecting to challenge his team, he soon finds his own ideas being challenged, too—professionally and personally.

When charges of corporate espionage and theft arise, will the blossoming love between Rayne and Jack survive, or will it shrivel and die like a plant on the vine?

What was your inspiration for the story?

I had the title first because it was part of a three book proposal, but I saw a program about a company of designers who create magnificent water fountains and knew immediately that would work for my story. 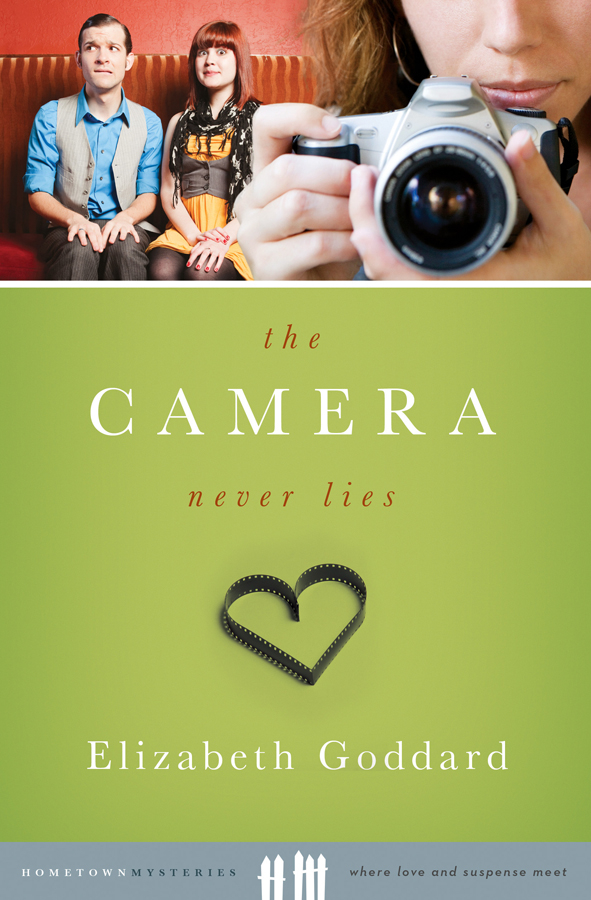 Your book, The Camera Never Lies (Barbour), was released earlier this month. Please tell us about it.

As Polly studies an endless line of potential suspects from safely behind her camera, she finds love staring back at her.

Will her uncanny ability to read emotions through a camera lens help prevent another murder—while exploring her own potential for romance?

Camera—as I call it—was a fun and quirky mystery with a hint of romance and I greatly enjoyed writing it. I hope readers will enjoy the mystery and suspense, and laugh at the right places.

Besides providing entertainment, what do you hope readers will take away from it?

In both stories, there are spiritual truths and I hope the reader will come away with one of those nuggets to think about, and hopefully, they will be changed in some way because of it.

After five books this year, what’s next for you?

Funny thing, that. It wasn’t until December last year that I knew I’d have five books releasing. I heard from the publisher that Camera was moved to December of this year. The schedule hasn’t let up much. I’m currently working on double deadlines—a book for two different publishers and the deadlines are only six weeks apart. Under the Redwood Tree (Heartsong Presents) is book one in my Redwood Coast series for Barbour, and Freezing Point is my romantic suspense title for Love Inspired Suspense. Both release in October 2011.

Do you even have to ask. I love chocolate of course. And I eat peanut M&M’s when the words don’t flow, and even when they do! My waistline is proof.

Yes. I play the piano, was in the orchestra in high school—played the cello. I love to play the violin or “fiddle” as my grandpa used to say, and guitar.

Ah, now that depends on the mood. I might be a flowing, breezing contemplative song like something by Enya, or I could be a fun hip hop song by someone like Toby Mac.

What a great question! I am the mysterious little girl next door attempting to be a strong super hero—they call me MOM! In all honesty, I think my family would say I’m a bubbly blond that no one would suspect loves science and math, much less understands it. (I know I twisted up all your choices.)

I’m severely allergic to all animals but I love them. Because we have kiddoes including my husband—we have six pets. Dekker, our schnauzer, is the family dog. Lulu the dwarf hamster belongs to my son and we have another hamster belonging to my eighteen-year-old daughter. Fran the cockatiel belongs to my son, Pickles the Quaker parrot is my husband’s along with Hermione the blue and gold Macaw. I take a LOT of allergy drugs to manage asthma and hay fever.  : )

Thanks, Beth. It’s a pleasure to have you at DivineDetour!

For more information about Elizabeth Goddard, visit her website at www.elizabethgoddard.com.

To purchase Elizabeth’s books, logon to: