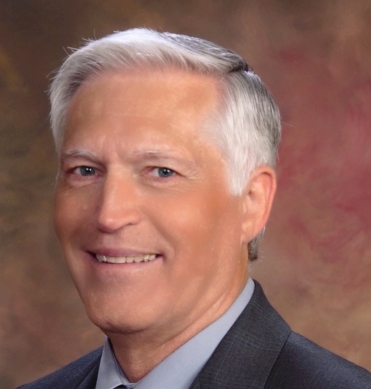 H. L. (Harry) Wegley served seven years in the USAF as an Intelligence Analyst and a Weather Officer. After leaving the military, he worked for a dozen years as a research scientist in atmospheric physics at a national lab, where he earned an advanced degree in Computer Science. For two decades he worked developing distributed computing systems for Boeing.

Since retiring in 2008, Harry has attended novel-writing workshops, seminars, and conferences, and published several books, including a devotional work and a series of novels. He is a member of American Christian Fiction Writers, Oregon Christian Writers, and the Christian Authors Network.

Harry and his wife live in the greater Seattle area.

What started you on your fiction-writing journey?

Since I was a kid I knew writing would be some part of my adult life, and it was. As a scientist I wrote reports, journal articles, and some books. But it wasn’t until, shortly after retiring, when I wrote up my childhood stories for my kids and grandkids, that I learned how fun writing can be. I’d collected information from events that occurred during my working years, incidents I thought would make a good thriller. When I started writing that first novel, not only was I hooked, but I found what I believe will be a major part of my ministry for my retirement years.

Just like all good novels include a plot twist or two, the Author of our lives often writes in a twist or two—many that ultimately blesses us more than our original plans. Have you ever experienced such a “Divine Detour”?

Yes, I have. My second novel, On the Pineapple Express, is a story about the rescue of a group of girls from international human traffickers. One of the captured girls, a courageous fifteen-year-old, Katie, intrigued me, so I fleshed out her character a bit and discovered she could play a key role in my story. Katie wasn’t a believer, so I was given an unexpected opportunity to include a sweet, simple, non-preachy gospel presentation to a girl whose heart had been prepared to receive it. My editor, Jamie West, helped me keep it short, sweet, and to the point. We must have done something right, because this character seems to have won the hearts of a lot of my readers, so much so that I kept her around for the rest of the series. 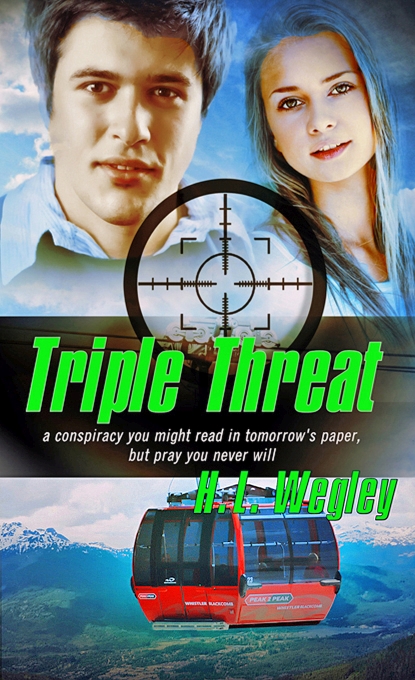 Let’s talk about Triple Threat (Harbourlight Books, November 2014). Please tell us about it.

This story stars an all-grown-up version of fifteen-year-old Katie Brandt, the girl I mentioned above. She has an IQ of over 180, is very athletic, but now is a beautiful young woman who‘s about to turn twenty-one. Katie is finishing her dissertation for a PhD in Computer Science. Back to the story—Triple Threat is the fourth book in my Pure Genius Series, a high-action, romantic suspense story about Katie and another early 20’s PhD candidate. During their dissertation research, Katie discovers a planned terrorist attack that dwarfs 9-11. In one thread of the story, there’s a sweet, first-love romance that’s soured at times by opposing worldviews. Katie’s a Christian. Josh is agnostic. The other thread contains a three-pronged terrorist attack that could cripple our nation, indefinitely. The way I chose to intertwine the threads leads to an entertaining, thrill-filled, humorous, and often romantic story line that keeps readers on the edge of their seat without being graphic or scary.

One other thing, the reader gets to see Katie field Josh’s questions, answering nearly every major objection raised against Christianity. There’s a lot more packed into this short read, but I’ve probably said too much already.

As a writer of thrillers and suspense, I keep a lot of info on terrorist activity. Occasionally, I’ve crept onto some of their web sites—scary. I found that some jihadists were inciting people to set our Western forests on fire. I combined that threat with one I’m more familiar with, cyberterrorism, and came up with a potential plot. One motive for writing the story was to illustrate how vulnerable the U. S. is to cyberattacks. We’ve made some progress since Triple Threat was written, but still . . .

My favorite is a steaming hot, homemade latte created using two shots of my wife’s cold-brewed, espresso coffee syrup, half milk and half soy with a pump of vanilla bean flavoring. If I’m not at home, I get Starbucks’ closest equivalent. Why? It tastes good and makes me feel wonderful . . . unless I drink too many.

As a kid I dreamed of making the U. S. Olympic team, but I never seriously pursued it, especially after a track injury, when I was fifteen, eliminated the possibility of competing at that level.

My present day dream, more compatible with a body that’s aching from numerous old athletic injuries, would be to write a Christian novel, one with the writing, the characters, and the plot so intriguing and well done that non-Christians would want to read it—a story that God would use to draw these readers to Himself.

I can’t think of a Bible story that describes my journey, but I know a verse that was a clincher in my decision to commit my life, in faith, to Christ, the last part of 1 Cor. 6:22: I tell you, now is the time of God’s favor, now is the day of salvation.

I’d been putting off a decision for three or four years, a decision I knew I should make. A certain young lady convinced me that the only time we have to make such a decision is now. We can’t do it yesterday and we don’t know if we’ll have any tomorrows. Twila Paris wrote and sang some beautiful, masterfully written lyrics expressing this very idea. The song is called, what else, The Time Is Now.

Oh, yes. I married that young lady a couple of years later.

Several years ago we applied for and got one of seven guide dog puppies shipped to our area for training. Our dog, Beau, was a beautiful, black Labrador Retriever—one of the most intelligent dogs I’ve ever known—and our family of five grew to love him. Since the failure rate in the program was over 90%, we were sure he would flunk out and we would get to keep Beau. But he was the only one of the seven dogs to make it through the year of training with us, through Guide Dogs for the Blind at San Rafael, and be assigned to a blind person. The day we shipped him to San Rafael there were a lot of tears, but we still thought he’d be coming back. Well, he passed his physical, all of the training and tests at the school, and was given to a blind lady in Vancouver, BC. She kept in touch with us and, when she retired him after ten years, she kept him as her pet.

One test we had to do with Beau, near the end of his year with us, was to put a raw steak on the coffee table and leave it for two hours with Beau loose in the house. If he touched the steak, Beau flunked out of the program and he was ours. No such luck. Dog gone! And then he was.

Thanks, Harry! It’s great to have you as a guest at DivineDetour.