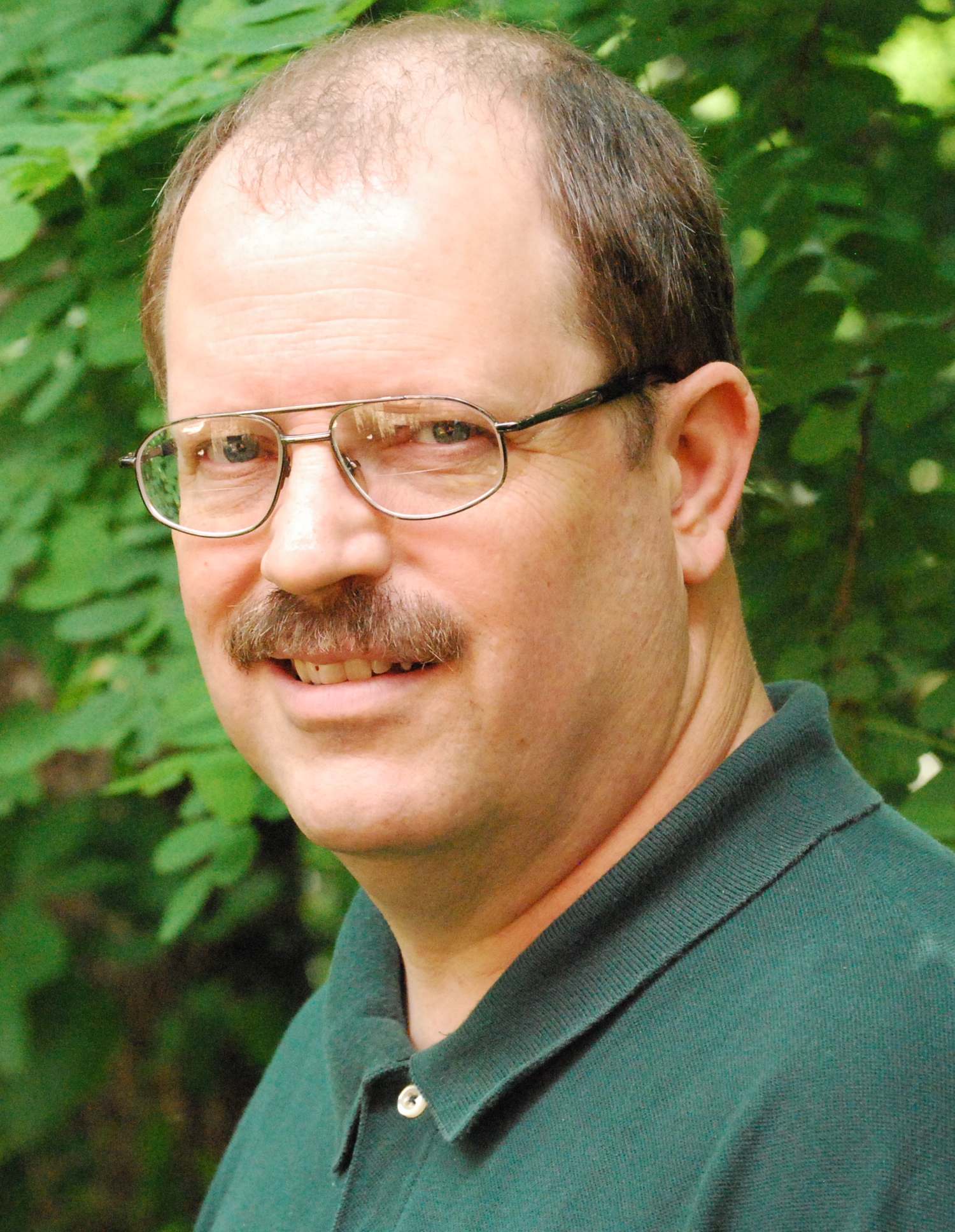 A man of many talents, James Pence is a performance chalk artist, singer, speaker, editor and collaborator—and author. In his spare time he teaches karate, writing, and art to home schooled children. While he has been called a “Renaissance man,” he prefers to be known simply as a follower of Jesus Christ and a storyteller.

A graduate of Dallas Theological Seminary, Jim’s range of experience includes ministry to adults, youth, and children. He has served as a youth pastor, youth camp director, and senior pastor. He has also worked in prison ministry.

Jim and his family reside in Texas.

What sparked your “storytelling” journey?

When my wife and I were expecting our first child, we learned about twenty weeks into the pregnancy that the baby had severe birth defects and would not survive long after she was born. For the second half of my wife’s pregnancy, we were expectant parents who knew that their baby would not live. During those months, I told myself that someday I would write a book about our personal tragedy. I never did write that book, but that experience set me on the path to becoming a writer. The story of our baby is told in full on my website.

I try to write from a Christian worldview; however, I don’t use fiction to preach a sermon. I want, first and foremost, to deliver a great story to my readers. I try to show realistic (read that “human” and “fallible”) Christian characters reacting to and exploring real world issues and questions. In Mercy Killer, the issue is whether euthanasia should be an acceptable practice.

We sometimes take an unexpected path in life—a detour we might not have chosen but one that God will ultimately use for good. Have you ever experienced such a detour?

The loss of our baby was, of course, just such a detour. However, a few years ago another detour led me on a new writing path. In March of 2008, a friend of ours named Terry Caffey experienced a terrible tragedy. Two young men came into his house at 3 a.m., murdered his wife and two sons, shot him five times, and set his house on fire. He managed to escape the house and crawl 400 yards to a neighbor’s. In the E.R. he learned that his daughter had been arrested and charged as an accomplice in the killings. Overnight, Terry lost everything. He almost lost his faith as well.

It’s a long story, but God did an amazing work in Terry. He forgave his daughter and the two young men who committed the murders, and now he travels the country sharing his story and speaking to teenagers about the consequences of their actions.

In 2009, I helped Terry write a book about his loss and what God has done since then. Tyndale published it as Terror by Night. It was my first book as a collaborator. Since that time, God has opened more doors for me to help other people tell the stories of how God worked through difficulties and tragedies. I never set out to be a collaborator, but God used a detour to lead me into an entirely different area of writing. 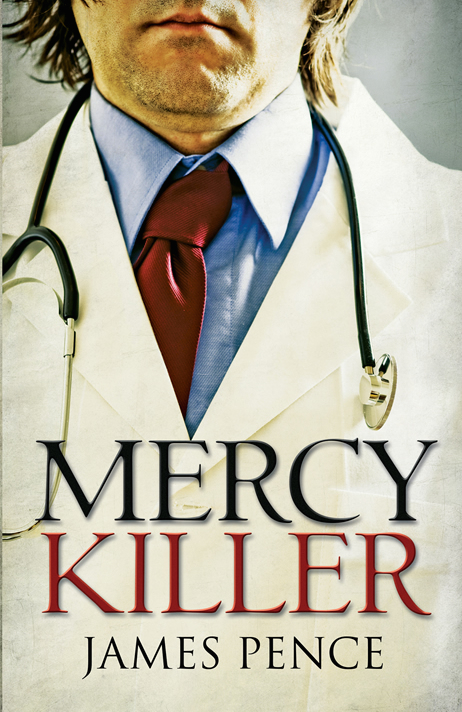 Let’s talk about Mercy Killer (Mountainview Books, May 2014). Please tell us about it.

Mercy Killer is a mystery/suspense novel set against the backdrop of the euthanasia, right to die debate. My lead character is a physician who is asked to join a clandestine euthanasia society that is operating in the hospital where she practices. The society flies under the radar and helps patients who wish to end their lives rather than fight their disease. What she doesn’t know is that a serial killer who calls himself “The Angel,” and whose M.O. is mercy killing, is also roaming the hospital. Rounding out the cast is Charles Hamisch, a retired homicide detective who has been diagnosed with Lou Gehrig’s Disease (ALS). Despondent and suicidal, the detective feels like he has no reason to live, until he is asked to assist in the search for the mercy killer.

What did you learn about life, faith, and/or even yourself in the process of writing this book?

When I write fiction, I tend to explore things that I am afraid of. In Mercy Killer I’m exploring what it would be like to live with ALS. Of all the ways to exit this life, Lou Gehrig’s Disease frightens me more than just about any other. With ALS you lose the ability to control your body, but your mind stays sharp. Because I’m a bit of a control freak, the prospect of being completely paralyzed, not even being able to speak, is very frightening. As I wrote Mercy Killer I did a lot of research on ALS and came up with a new perspective on living with the disease, as opposed to dying with it. That perspective is reflected in Charles’s storyline.

Hands down, my favorite speaking topic is sharing the Terror by Night story. It is an incredible testimony of God’s faithfulness in the worst of circumstances.

I’m also a performance chalk artist, and I often combine the Terror by Night story with a chalk drawing of a boat on a stormy sea. At the climax of the drawing I turn on a black light and a picture of Jesus at the boat’s pilot wheel appears in the sky, reminding the audience that Jesus will bring you to safe harbor if you trust Him.

Anything with chocolate—lots of chocolate. Why? Chocolate makes everything better.

Something quiet, along the lines of Moonlight Sonata.

Definitely the child in the adult’s body, with all the irrationality and childlike wonder that goes along with that.

Well, we have a neurotic Lab/Golden mix named Sandy. She’s quite handy as a weather forecaster, because when thunderstorms are brewing she gets a “TheWorldIsEndingWhyDon’tYouCare?” look on her face and retreats to our bathroom until all is safe again.

Then we have a tiny little Yorkie-mix named Skeeter. She’s a five-pound dog with a fifty-pound chip on her shoulder, and has been known to chase away dogs that are ten times her size. Although she’ll tolerate no other dogs, she loves people of all shapes and sizes, especially if they bring treats.

Next is our psychotic indoor cat, named Banana. (Don’t blame me, my daughter named her!) Banana is a Russian Blue which means, according to all the websites, that she’s laid back, gentle, and loving. Ummm, the websites haven’t met Banana. If she could speak, her favorite line would be, “Do that again and I’ll rip your face off.” We’ve been watching the Animal Planet show, “My Cat from Hell,” to better understand her.

Finally is our outdoor cat, Franklin. He’s supposed to earn his keep by killing and eating field rats (we live out in the country). Unfortunately, he hasn’t figured out that this is part of his job description. Nevertheless, he’s sweet and good tempered (unless he and Banana meet face to face). And even though he only catches butterflies, we still love him.

Thanks, Jim! It’s nice to have you as a guest at DivineDetour.

Thank you! It’s been my pleasure.

To purchase Mercy Killer, logon to: