Zann Renn ~ Away From 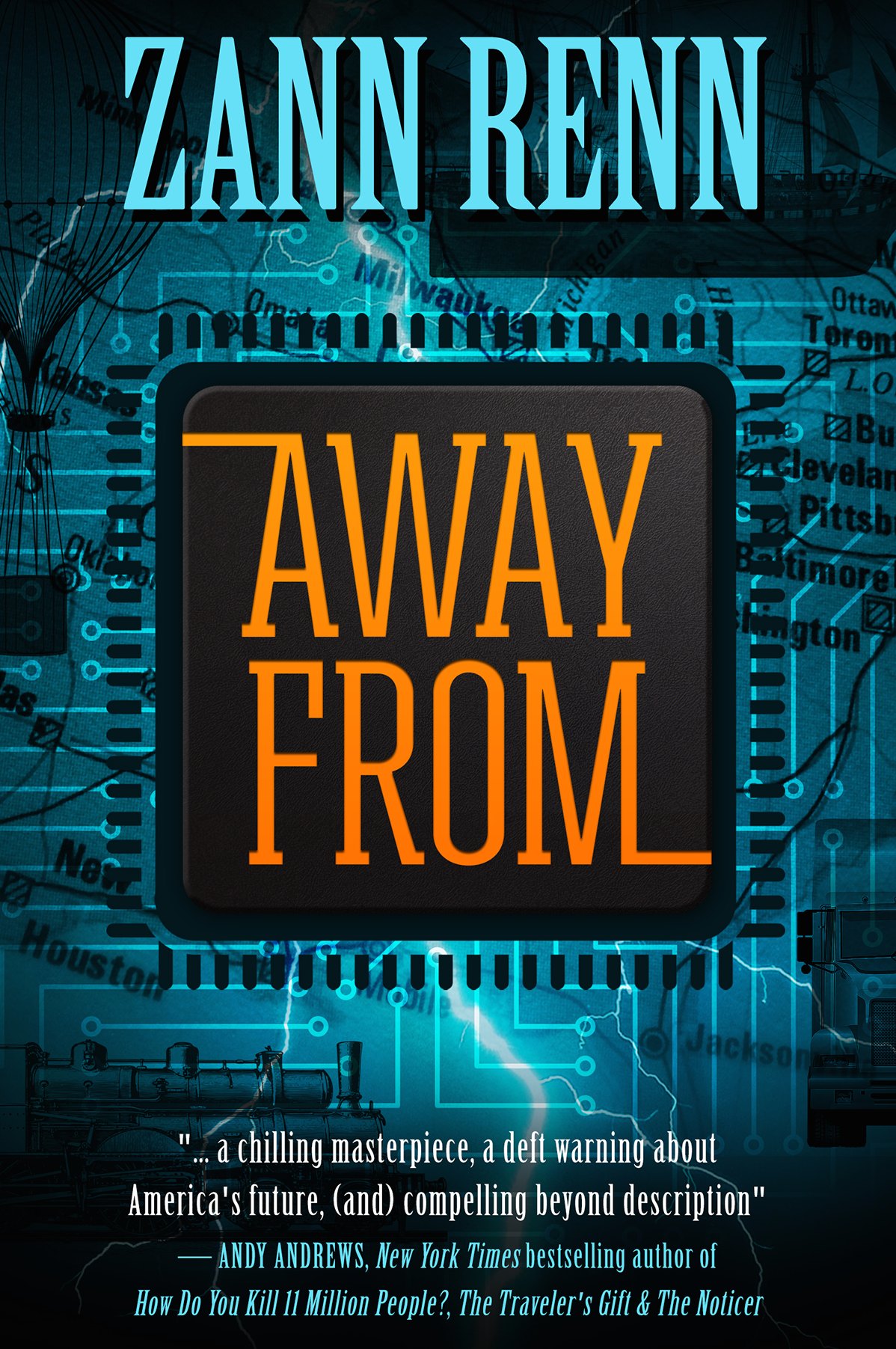 Zann Renn was born in the 1960’s and grew up in a small town in Indiana. Raised in a Christian family, within a creative environment filled with music and lively discussions, Zann attended a liberal arts college for undergraduate work in English, and later graduated with a Master’s Degree in English from Ball State University in Muncie, Indiana. Away From, Zann’s first novel, has been endorsed by New York Times Bestselling authors Andy Andrews and Ken Abraham.

Zann is married, has two grown children, and lives near Nashville, Tennessee.

Let’s talk about Away From (Restless Winds Publishing, May 2014). Please tell us about it.

Away From is a story set in the not so distant future, which chronicles the emigration of a group of rag-tag Christians from the United States, who are forced to escape by whatever means are available to them, antiquated or dangerous though they may be. The novel is also about the relationships between believers from very different backgrounds and ideologies trying to find enough common ground between them to work together and get along. Thematically the novel focuses on the marginalization of a group of people by a government that is supposed to represent them but fails to do so.

Did this particular book, or something else, spark your writing journey?

I have been a writer for many years under different names and in various genres. However, Away From was my first attempt at fiction. This particular book idea came to me literally in its entirety in the middle of the night. Fleshing out the characters and plot details took much longer, but it proved to be an exciting process. I come from a long line of writers, musicians, and poets, so expressing myself in this way has always come naturally for me.

My faith informs nearly everything I do. My guess is that a faith philosophy, or lack thereof, informs what most people do. Though I don’t agree entirely with any one of the characters in this book, and though I don’t even particularly like some of them, I am trying to present a Christian story as an insider rather than as an outsider. I have always been a bit of a renegade in most Christian circles, but all of these “characters” are my brothers and sisters in the faith, nonetheless. I love them for their convictions, for who they are, and for who they are not.

Besides entertainment, what do you hope readers will take away from Away From?

Any futuristic writer, whether it is Orwell, Wells, Bradbury or Huxley, is trying in some way to give his or her readers a glimpse of a possible future. Most of the time these “glimpses” in futuristic fiction are not all that idyllic, so this kind of writing becomes somewhat of a warning to those who might be considering heading down certain paths. This novel deals in particular with marginalizing groups of people through semantics, majority rule, and popular politics. At the least, I hope this book will provoke thought and discussion about how we can protect and preserve the rights of all people.

At one point in my life, a prophetic friend of mind spoke several “words” over me that God had given her. The last and maybe most interesting word was that I was to “enjoy the ride.” It was then that I realized that I would not be the one “driving.” I have always been an obsessive planner, which I think makes God laugh. God is a God of irony. So much of my life has been such an incredible surprise that had nothing to do with the plans I made for myself. It has been a risk for me to take my hands off the wheel, but it has also been the richest blessing of a ride filled with mystery, revelation and spectacular gifts I could have never anticipated.

Thank you, Zann! It’s nice to have you as a guest at DivineDetour.

Thank you for your time and for your interest in my book. God bless you.

To learn more about and/or purchase Away From,* logon to:

*Please note, based on reviews, this book is quite edgy.