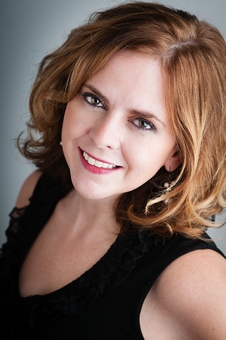 A national media commentator and the award-winning author of seven books, Jane Hampton Cook is also a former White House web master. It was during that time she discovered that historical stories were among the site’s most popular pages. The experience cemented her decision to passionately pursue U.S. history topics as an author.

She’s a member of the National Press Club and frequently guests on television, radio, online, and print outlets. She has appeared in several historical documentaries.

As an historical researcher and author, I’m sure you could cite countless examples of individual “detours” that impacted the way history was written. Has God ever set you on an unexpected path that changed your life for the better?

In December 2008 I was sitting and writing on my laptop at a Starbucks a few blocks from my sons’ preschool. A little before noon, I received a phone call from a producer at the Fox News Channel. This was completely out of the blue. I’d never talked to her before.

She told me that Neil Cavuto wanted a historian to come on at 4 PM that day and talk about four past presidential speeches—FDR’s fear itself speech, Carter’s “malaise” speech, Reagan’s evil empire speech, and one of Kennedy’s speeches. They wanted to discuss presidential leadership.

Though stunned, I agreed. Then I hiked it into gear to look up those speeches, asked my husband to come home from work, high tailed it to my sons’ preschool to pick them up, and within a few hours, I was on national TV talking about presidential leadership.

Though I wasn’t experienced doing television, I knew I wanted to keep the tone upbeat. Fox News anchor Neil Cavuto made it easy. He was great to me.

The producer called me a few weeks later. Then again. And again. The 2009 presidential inauguration also opened more doors.

Going on FOX became an unofficial monthly opportunity for me. I later learned that Rupert Murdoch, the owner of Fox News and other corporations, saw my first segment on Neil Cavuto’s show in December 2008. He called Neil after the show and told him that he liked that interview with me and wanted to keep doing those types of segments.

I didn’t set out to become a national TV guest, but I view it as God’s way of developing a new skill for me. It’s a way to try to be a light in a noisy, chaotic world. Too often TV deteriorates into negativity and I try to say at least one positive or hopeful thing. If I have to criticize, I avoid name calling or being demeaning.

So God’s detour became a new direction for me, an unexpected professional opportunity that changed my life for the better. 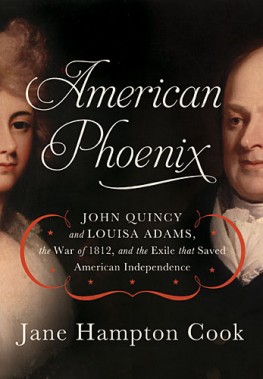 Let’s talk about American Phoenix (Thomas Nelson, 2013). Please tell us about it. What part does “faith” play in the story?

American Phoenix is the true story of John Quincy and Louisa Adams and the War of 1812. After resigning the US Senate in 1808, John Quincy Adams is a man who is down on his luck and thinks he’ll never serve the public again. Then his life takes a divine detour when President Madison decides to send him to Russia as America’s top diplomat there. John Quincy’s enemies are thrilled to get him out of the country, while his friends call it an honorable exile.

America’s place in the world is an important part of the story. Though it’s more than thirty years after the Declaration of Independence, Russia still hasn’t officially acknowledged US independence. America was hardly a power, much less a super one. Plus, in order to survive as a country, the USA had to thrive economically. If Adams could convince the emperor of the largest European country to accept US sovereignty and trade with American ships, then this Russian-American alliance would pressure England and France to end their trade restrictions against the USA and leave America alone once and for all.

John Quincy’s father, the former president John Adams, decides that Louisa should go to Russia with her husband but that their two oldest sons, ages eight and six, should stay behind in Boston. Heartbroken and declaring that ambition can never repay such a sacrifice, she accompanies her husband to Russia.

Both Louisa and John Quincy face numerous challenges on their journey and during their mission. A dangerous sea voyage, efforts to thwart US trade by other diplomats, personal tragedy, Napoleon’s invasion of Russia, and America’s war with England, all trap them in Russia longer than their worst fears.

Faith is an organic part of their lives and story. John Quincy and Louisa often wrote about their Christian beliefs in their diaries. As he embarked on their voyage, he looked to “the blessings of Almighty God, upon this my undertaking . . . and prepared alike for whatever event his Providence destines for its termination.” Little did he know that his destiny would be to help secure permanent peace for his country.

John Quincy would also contemplate the meaning of sermons and scriptures and compare the customs of church services in Russia with those in America. During some of her most difficult moments in Russia, Louisa also turned to her faith for comfort and hope.

Adams’s divine detour to Russia forever changed his life because it gave him the opportunity to be a part of the US team that negotiated the treaty ending the War of 1812. “I consider the day on which I signed it as the happiest of my life; because it was the day on which I had my share in restoring peace to the world,” he wrote.

Years later, Louisa also reflected on faith. “When I retrace my movements through this long, and really arduous journey, I cannot humble myself too much in thankful adoration to the Providence which shielded me from all dangers, and inspired me with that unswerving faith which teaches to seek for protection from above.”

She continued, concluding: “And when it is his will that I lay me down to sleep; that sleep, from which we wake no more in this world; may I die in my Savior Jesus Christ; in the full hope of those divine promises, which lead the purified Soul to heaven for evermore.”

God often uses our work to teach us something. What did you learn (about life, faith, and/or even yourself) in the process of writing American Phoenix—and what do you hope others will learn?

I wrote this book over a period of four years—lots of diary entries, historical research, etc. One element that jumped out at me was Louisa’s struggle with her female health. She wrote about her multiple miscarriages and preterm contractions. Because I had experienced preterm contractions with my second child and had to go on bed rest, I could relate to that difficulty. But I’d never gone through a miscarriage and wanted to be sensitive to women who had who might read the book.

So I wrote a medical fact profile of Louisa and took it to my OB-GYN, Dr. Glen Silas in Fairfax, Virginia. We talked through it and I had a better understanding of the causes of miscarriage and what women go through.

Then several months later, I became pregnant and miscarried at six weeks. I miscarried again about eighteen months later. After both miscarriages, when I had more emotional strength, I went back to the manuscript and re-wrote the passages describing and interpreting Louisa’s experiences and emotions. Suddenly I had an unwelcomed connection to my subject matter.

I learned that what makes history—and any story—memorable is relevancy. History comes to life when we tap the experiences and emotions that are common no matter the generation. That’s why the Bible is relevant to each generation.

Communication changes. Science makes new discoveries. Technology transforms time. But no matter the era, people need faith, hope, and love, especially in difficult times. Louisa needed hope after losing her pregnancies. I needed hope that I’d have another child, or, that I’d be OK if I couldn’t.

When Thomas Nelson decided to publish American Phoenix in June of 2012, the book was slated for release in May 2013. Little did I know that I’d give birth to my third son in August 2013. To have the book released and a baby a few months later was a beautiful and unexpected blessing of timing.

My hope is that readers will be inspired by John Quincy’s and Louisa’s journey and the character that they displayed when things beyond their control affected them personally. Both of them were American phoenixes.

He transformed from a man who lost the job of his dreams into a diplomat on path to become America’s sixth president. She transformed from a woman who doesn’t have decision-making power in her life into someone entrusted to make life and death decisions to transport herself and youngest child on a dangerous land journey from Russia to France in order to be reunited with her husband and older children.

America was also a phoenix, transforming from quaint country at war with England into a nation destined to become a super power based on representation, not royalty.

I love chocolate cake and pastries. I can easily bypass candy and ice cream, but I have a much harder time saying no to great cake.

Yes, I was a music major in college. I sing. I must say, however, that singing—as well as developing a web site for George W. Bush when he was governor and president—felt limiting for me as a talent. It seemed I could never get the sound like I wanted it or the design to be as I truly envisioned it.

But when I started writing books, I could write and edit what I was thinking or envisioning. Writing is an endless canvas for me, a better fit for my skills and creativity.

I would be a symphony, with many different movements, moods, and themes!

My husband thinks I’m the female lead—the driven diva, etc. And, I probably am much of the time at home.

Some people say I’m the girl next door, the down-to-earth American gal. I suspect that’s probably who I seem to be to others and on TV.

And although I’m very tiny and petite—five feet tall—I wear heels all the time. So literally I’m the little girl wearing heels, but I’ve mastered how to walk in them, until I buy a new pair.

In fact, last year when I was eight months pregnant, I walked without falling into my OB’s office. Dr. Silas said to a nurse, “She’s still wearing heels.” I replied, “That’s because I don’t own anything else!” That’s true, though most of my heels aren’t super high, just a good lift.

We don’t have any pets now—allergies, etc. But one of my favorite memories is giving a Dachshund puppy to my mom after her older dog passed and giving my husband a Sheltie puppy for his birthday after we bought a house and before we had children.

Thanks, Jane! It’s a pleasure to have you as a guest at DivineDetour.

To purchase American Phoenix, logon to: