Kaye Dacus is the author of humorous, hope-filled contemporary and historical romances with Barbour Publishing, Harvest House Publishers, and B&H Publishing. She holds a Master of Arts in Writing Popular Fiction from Seton Hill University, is a former Vice President of American Christian Fiction Writers, and currently serves as President of Middle Tennessee Christian Writers.

Kaye lives in Nashville, Tennessee, where she is a full-time academic advisor and part-time English Composition instructor for Bethel University.

Please tell us about your new book, Follow the Heart (B&H Publishing, May 2013), the first in your Great Exhibition Series.

An American woman is sent to England to marry wealth, but finds herself torn between the poor man she loves and the viscount who offers the wealth and stability that can save her family. 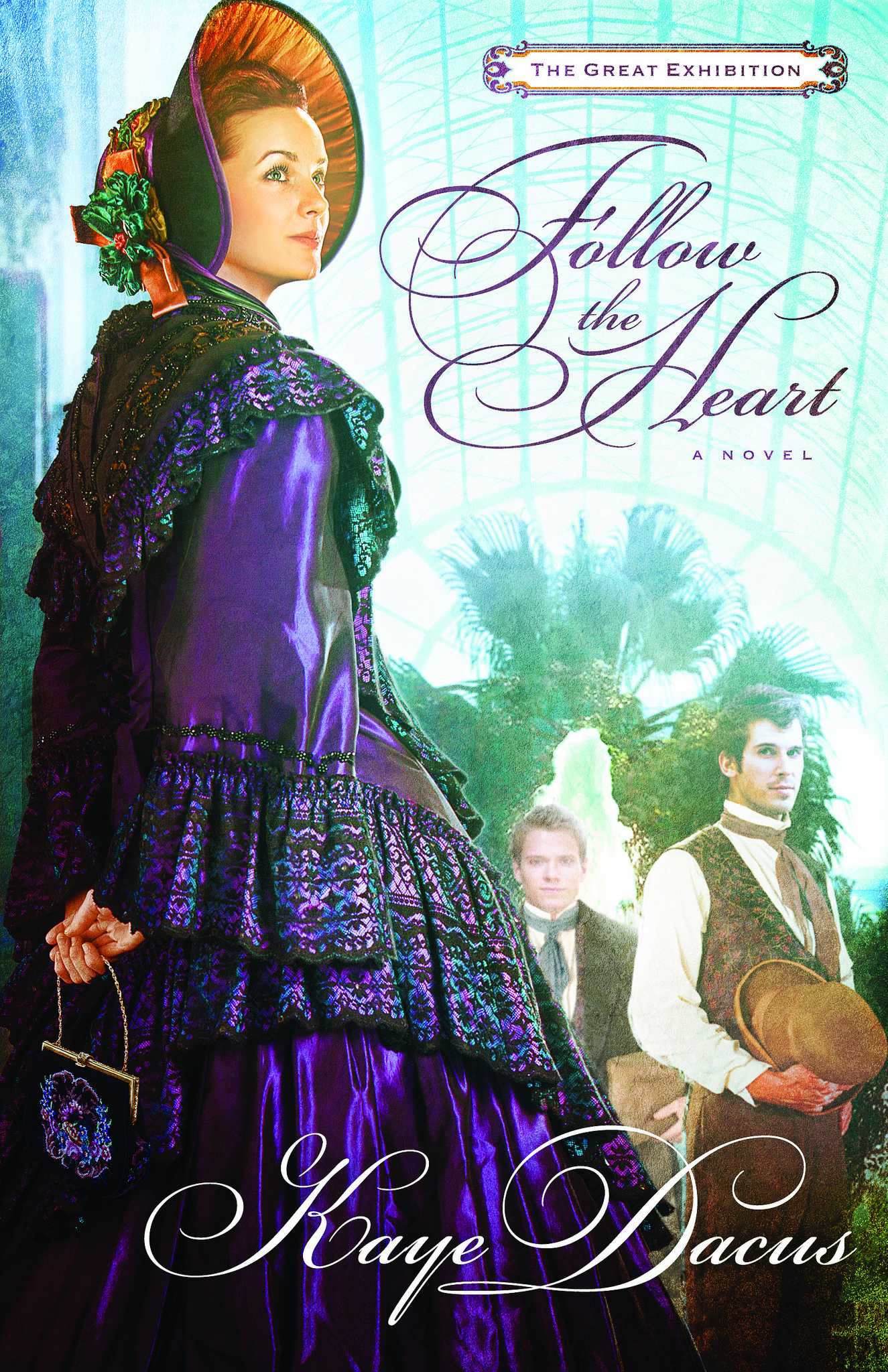 Because of the era in which it’s set, this series appears to be a detour—something a little different—for you. How is it similar to what you’ve written in the past?

Follow the Heart and the Great Exhibition series are similar to my contemporary series (The Brides of Bonneterre and the Matchmakers series with Barbour Publishing) as they are light-hearted, stand-alone novels which are tied together with recurring characters and a familiar setting.

They’re also similar to The Ransome Trilogy (Harvest House Publishers) as I try to fully immerse the reader in the language, fashion, and details of the historical era. And each book fulfills my promise of “Humor, Hope, and Happily Ever Afters” that my readers have come to expect.

What drew you to the Victorian era as a setting?

I love that it still has the sensibility of the Regency era—from the activities like balls and dinners to the formality of courting customs—yet in 1851, the world is on the cusp of the Industrial Revolution: train and steamboat travel, telegraph, indoor plumbing (“retiring/refreshing rooms” with pay toilets at the Great Exhibition!). I also love that women were starting to come into their own a bit more. Still not considered equals, but at least starting to get some recognition for their contributions and accomplishments in society.

What do you hope readers will take away from it?

Women, especially, tend to look at our choices as a series of obligations—we do what we feel we are obligated to do for the sake of our families, not necessarily what we feel our hearts are telling us to do. I believe, and it’s the theme of this book, that we spend too much time worrying about how we can fix/help/support our families (or those around us at work or in friendships) and not enough time listening to and trusting God. When we pray, we tend to tell God what’s wrong and ask Him to fix it. But do we ever really take the time to just be still and listen to what God is trying to tell us? And can we really let God take care of those we feel responsible for and let go of that burden of responsibility that may not, in truth, be ours to bear?

You write both historical and contemporary romance. If you had to pick a third genre for your next novel, what would it be, and why?

As Jeff Gerke (publisher, Marcher Lord Press) is fond of reminding me: everyone has a science fiction book in them somewhere. And he’s right. I’m a long-time sci-fi TV/movie fan (I’ve been to a few Star Trek conventions, after all), and I’ve recently been playing around with an idea for a sci-fi story/series. It’s mostly world-building and character development at this point, but it’s a fun diversion.

Where do you usually write? What’s the most unusual place you’ve written?

I can write pretty much anywhere, but mostly it’s in my recliner in the living room with my laptop. My spare bedroom is an office, but I rarely even turn my desktop computer on anymore.

A few years ago, when I was working freelance and traveling to speaking events, conferences, and appearances several times a month, I discovered that my laptop came with speech recognition software as part of Windows 7. With a microphone headset, I discovered that I could dictate into Word and redeem all of that travel time—and then I wasn’t having to try to furtively and frantically write when I got where I was going. Even though I don’t travel as often now, I do still occasionally use that as a time to get some word-count in so that I don’t feel so guilty about not writing when I get where I’m going.

What do you like to do when you’re not writing?

If I’m not at work and I’m not writing, I’m doing one of the following three things: hanging out with friends (usually dinner and a movie), watching TV/Netflix/DVDs at home, or reading.

Thanks, Kaye. It’ always nice to have you as a guest at DivineDetour.

For more information about Kaye, visit her website at www.kayedacus.com.