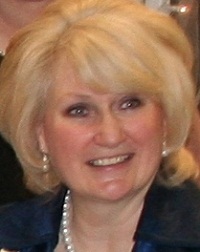 Author and speaker Christine Lindsay writes Christian historical novels with strong love stories. Her debut novel, Shadowed in Silk, set in India during the early 1900s, was awarded the ACFW Genesis in the Historical category in 2009. It also won the Grace Award in the Adventure/Action/Epic Category in 2011. Her second book, Captured by Moonlight, released earlier this month.

Christine, who makes her home on the Pacific coast of Canada, has an equally courageous and inspirational personal story.

Have you ever heard the pop song What Becomes of the Broken Hearted? I’m one of those people whom God healed from a broken heart. He gave me a new purpose and sense of joy, so I have to shout it from the rooftops.

My heart broke when I relinquished my first child to adoption way back when I was twenty-one and baby Sarah was three days old. Fast-forward twenty years later to our reunion. It was wonderful to see how God had blessed us both. I was happily married to a wonderful man, and my husband and I have three fantastic kids. Sarah had a beautiful childhood, and God had given her everything I had prayed for her. But my heart broke all over again, re-living the loss of giving her up in the first place.

However, I have seen miracles in my life—how God sent pink flowers to me at strategic times to lift my spirits and remind me that He had not forgotten me as Sarah’s birthmom. Then after our reunion, He healed my broken heart and turned the cathartic journaling of my birthmother experience into award-winning fiction that would encourage other hurting people, no matter what their circumstances. 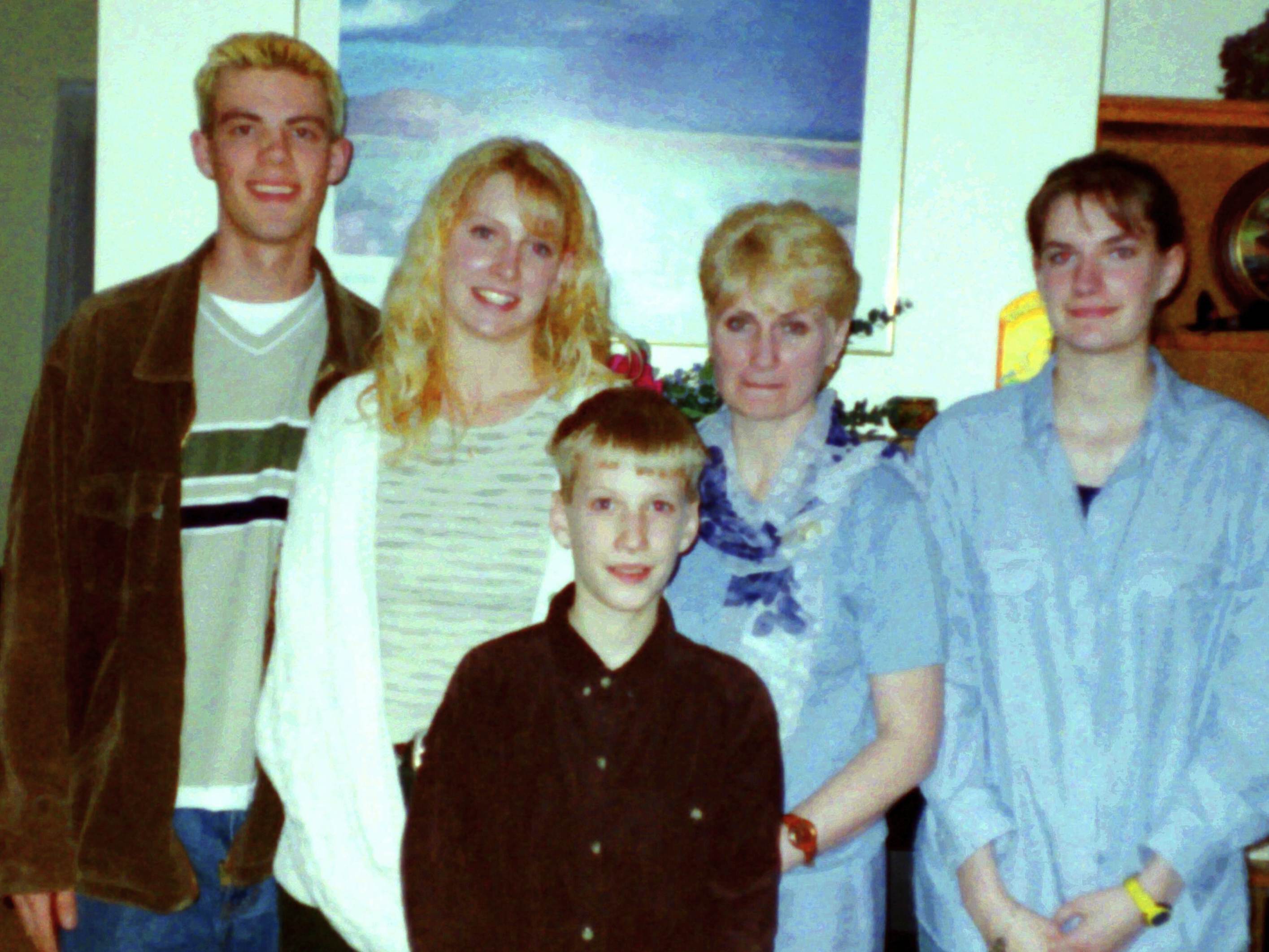 When I was praying all those years for God to arrange my reunion with the grown-up Sarah, I envisioned it as this perfect reunion of Sarah’s family and mine, so that we’d be like extended family. But the long-awaited and long-prayed-for reunion was nothing like I envisioned, and I was shattered. Sarah’s family did not want to meet me. And Sarah’s life was so full. Not much time for a relationship with me, and I blamed God for what I considered the greatest disappointment of my life.

He had such patience with me though. Several months after the heartbreaking reunion, my husband found me crying one day. He went out and returned a while later with a brand new pen and journal, and said, “Here honey, write it.”

That was the beginning of my writing which turned into that new sense of purpose and joy. But the amazing thing was how God used my writing to draw my birthdaughter and me into that close relationship that I longed for.

It happened years after our reunion when my first fictional novel was about to be released. Shadowed in Silk has nothing to do with adoption. It’s a historical novel set in India. My publisher asked for my input for the front cover, and when I saw their suggestions for the model, I thought, my goodness, they look like Sarah. On a whim I suggested Sarah, and very quickly it was arranged for a photo-shoot and Sarah was happy to be the model. 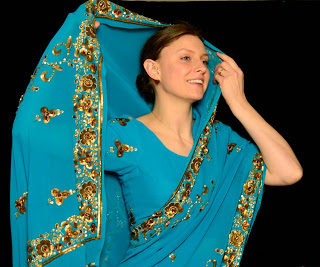 During the photo-shoot, Sarah and her husband Mark told us they were praying about going into fulltime missionary work. A number of months later it was such a joy to see how God had turned my broken heart into a muse to get me writing in the first place, and that He had allowed the beautiful face of my birthdaughter on the front cover of my first book, the series set in British Colonial India.

Sarah and her husband came to visit and told us they had decided on which mission they wanted to serve with, and that one of the organizations they would have under their sphere in interest was the Ramabai Mukti Mission in India.

I nearly fell off my chair in amazement.

I had never told Sarah, hardly anyone really, that the true-life inspiration behind my Indian Christian characters in my novels Shadowed in Silk and Captured by Moonlight was the India woman Ramabai who started the Mukti mission over a 100 years ago.

Only a tender-hearted Heavenly Father could have arranged for this entwining of Sarah’s heart and mine in the individual purposes He had given us both. 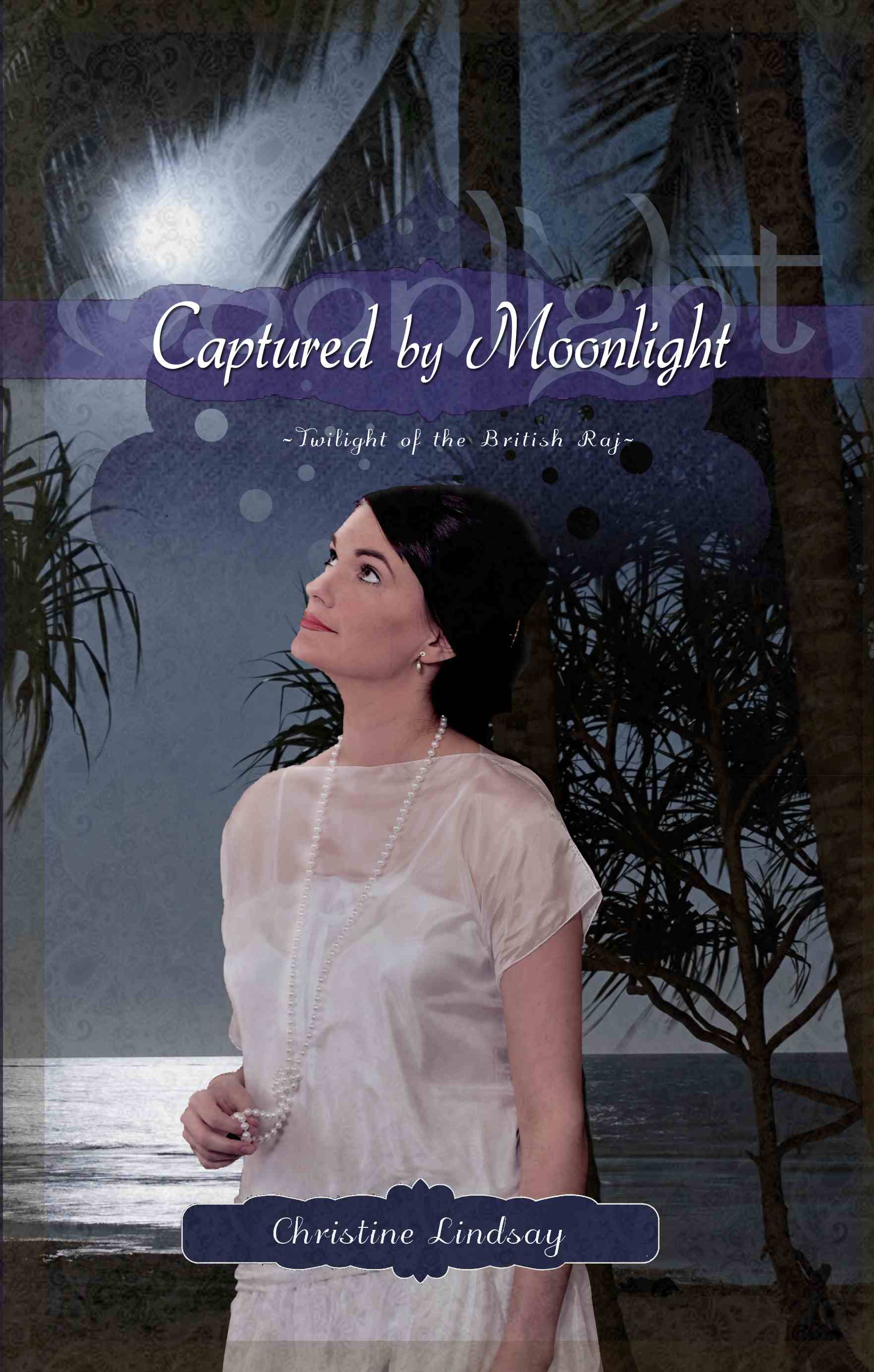 Let’s talk about Captured by Moonlight (Whitefire Publishing, May 2013). Please tell us about it.

Eshana is no longer a Hindu, and so she dresses in bright colors to show her joy in Christ. But when her traditional Hindu uncle captures her, he imprisons her and forces her to have her head shaved and to wear the course white funeral clothing of a Hindu widow.

Within her prison, Eshana is comforted by a little Indian girl who is only seven, but who is about to be married. Through her imprisonment, Eshana learns to yield to God’s detour, and let God change the plans of her life to suit His purposes. The results are glorious.

But the story has two heroines. Lieutenant Laine Harkness of the Queen Alexandra Imperial Nursing Corp is also captured. Not literally like her friend Eshana, but by her own past—the man who crushed her heart years ago during the war when he broke off their engagement.

Captured by Moonlight is a fast-paced adventure with mystery, romance, a cholera epidemic, cyclone, tigers and tiger cubs, and being held by the moonlight.

To get a good emotional feel for Captured by Moonlight click here on the book trailer. But turn up the volume on your computer, the music is lovely and fun.

Being British born, I need my cuppa tea. And I’m an ice cream addict. I have the pounds to prove that.

I love to sing in church. But all the musical talent went to my son, Rob, who has a BA in music, and who is currently serving the Lord in a band that seeks to inspire youth to look to Christ.

I think I already figured that out as the theme for my speaking engagements—the pop song, What Becomes of the Broken Hearted? Give your broken heart to God, yield to Him, and He will turn your heartache into incredible joy. I’m a walking billboard of that fact.

I’m a bit of the mysterious woman behind the dark glasses, but when the glasses are removed I’m the strong female lead. Reason being, that I had secrets—Number One, the secret of a child born out of wedlock. But then God turned that sad secret into a sense of purpose and joy that He now uses to encourage other broken people. I love to talk to groups such as woman suffering from all sorts of issues like addiction. People are so hungry for hope. And I’m here nowadays to tell them that there is hope only in Christ. But man . . . what hope . . . amazing hope!!!!

Oh we are big pet lovers in our house. We just laid to rest our beloved Springer Spaniel Zeke. We had ten wonderful years with him, but he became too ill. So we now have a new Sheltie puppy named Zoe. She’s doing great so far, except for a few accidents on the living room carpet.

We also have two cats—Penny who thinks she’s Margaret Thatcher, she’s so bossy. And Scottie who’s a nervous wreck thanks to Penny and the new puppy. But I’m watching out for Scottie. He’s my baby and chief editor.

Thanks for sharing your remarkable story, Christine! It’s nice to have you as a guest at DivineDetour.

For more information about Christine, visit her website at http://www.christinelindsay.com.

To purchase Captured by Moonlight logon to: