Kelly Irvin ~ Beneath the Summer Sun 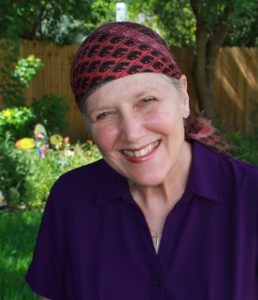 Two-time ACFW Carol Award finalist Kelly Irvin is the author of more than a dozen Amish books, including the critically acclaimed Amish of Bee County, Bliss Creek Amish, and New Hope Amish series. Beneath the Summer Sun is her second novel in the four-book Every Amish Season series.

Kelly and her husband live in Texas and have two children, two grandchildren, and two ornery cats.

As a multi-published author, what’s the driving force that continues to motivate you to write?

The ability to write these stories is a God-given talent. I’ve always written, but I didn’t start writing inspirational fiction until I turned forty-five. I feel as if God prepared me for this task through a myriad of life lessons over the years. Now He expects me to use this gift to bring others closer to Him through entertaining stories that provoke thought. Writing is also what gives me joy and takes my mind off other challenges in my life. I look forward to sitting down at my computer every day. Everyone should have a job that is so much fun!

Let’s talk about Beneath the Summer Sun (Zondervan, January 2018). What’s it about?

Jennie Troyer knows it’s time to remarry. Can she overcome a painful secret and open her heart to love?

It’s been four years since Jennie’s husband died in a farming accident. Long enough that the elders in her Amish community think it’s time to marry again for the sake of her seven children. What they don’t know is that grief isn’t holding her back from a new relationship. Fear is. A terrible secret in her past keeps her from moving forward.

Mennonite book salesman Nathan Walker stops by Jennie’s farm whenever he’s in the area. Despite years of conversation and dinners together, she never seems to relax around him. He knows he should move on, but something about her keeps drawing him back.

Meanwhile, Leo Graber nurtures a decades-long love for Jennie, but guilt plagues him—guilt for letting Jennie marry someone else and guilt for his father’s death on a hunting trip many years ago. How could anyone love him again—and how could he ever take a chance to love in return?

In this second book in the Every Amish Season series, three hearts try to discern God’s plan for the future—and find peace beneath the summer sun.

What led you to write this particular story

With this series, I wanted to focus on four widows, each one generation older.  Jennie is thirty-seven, she has seven children, and she’s raising them alone. She didn’t have a perfect marriage—far from it. Beneath the Summer Sun explores what happens to a woman who lives in a culture where divorce is forbidden, where the husband is the head of the house, and it’s unacceptable to complain when he treats her badly.

Forgiveness is paramount in Amish society. How do you forgive a man who vowed to love you, but instead abuses you? How do you learn to trust again when he’s gone? We know this happens in Amish society—not nearly as much as it does in the mainstream world—but it’s difficult to say how much because it is a closed society. While it sounds like a dark, depressing topic, Beneath the Summer Sun is a story of hope and learning to trust God for second chances. Readers will relate to Jennie’s challenges, and I hope they will recognize their own ability to trust in God for their second chances.

My editor said I’m really a women’s fiction writer masquerading as a romance writer. I like to tackle real life issues and address them through God’s filter. Joni Eareckson Tada says, “God permits what He hates to accomplish what He loves.” I was reminded of this truth as I wrote this story. Such stories are not everyone’s cup of tea, but there’s a place for them for readers who are hurting, who can’t understand how God would allow suffering, and who are seeking hope.

What elements most define who you are as a storyteller?

Readers tell me they feel as if they’re inside the heroine’s head. They feel as if they’re part of the family. I seek to immerse readers in the story through delving deep into the point of view of my hero and heroine. My voice defines my stories, making them uniquely mine in a popular genre crowded with writers. I strive for rich narration that helps readers “see” the location, the conflict, the world, through the character’s eyes.

Do you have a New Year’s Resolution?

I don’t usually make New Year’s resolutions, but this year I did—several of them. The top of the list is to treasure time, to value it, and use it well. We fritter away time, but it’s the most valuable resource we have. I also resolved to make a difference in 2018. I hope my stories will make a difference, but I also want to find other ways to help people through volunteering.

Thank you, Kelly! It’s great to have you back at Divine Detour.

Thank you for having me. It’s always a pleasure!

To purchase Beneath the Summer Sun, log on to: