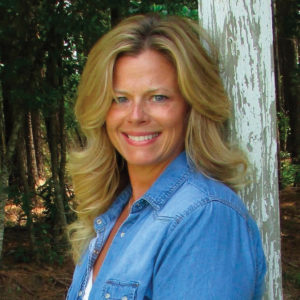 There’s a cartoon I watched growing up. Some of you may have seen it also. It’s the one where Wile E. Coyote attempts to catch the Road Runner. He exhausts all avenues and only ends up disgruntled and weary from his failure to catch that rascal!

Have you ever had a conversation with someone that left you feeling the same way? I know I have. I recall walking away from it thinking, Well, bless his heart, that fool doesn’t know how to work his ears and has a bad case of word diarrhea. People like this suffer from Restless Yammering Syndrome (yes, I made that up). Symptoms include: mouth spasms, ears that tune out everything but one’s own voice, and thoughts focused solely on self. But have no fear! This affliction is curable! All a person has to do is practice focusing on someone else’s words while firmly clamping the mouth shut.

All joking aside, not being heard—especially during heavy moments in life—can leave a person disheartened, doubting their self-worth, and feeling a lack of respect, as though they aren’t important enough to be heard. We all know someone who is exhausting to try having a conversation with. The person cuts you off at regular intervals, and the conversation leaves you feeling like you just finished running sprints for no good reason. Not even completing one full sentence, you wish that person would have simply listened for a change to what was on your mind. Folks get so caught up in demanding their voices be heard that they cannot hear anything beyond the volume of their own thoughts.

In Lulu’s Café (Tyndale House, June 4, 2019), our wise lady Lulu understood the importance of remaining silent and fully listening to someone at appropriate times.

Lulu stood stoically and chose not to say anything. At the moment, the girl didn’t need to listen. She needed to be heard.

I admit I have had bouts of RYS, and noticeably so as a mother. There are times I am busy and don’t pause long enough to really listen to what Nate or Lydia are telling me, missing most of their precious words. I don’t even realize how rude I am being until their shoulders slump and they begin to walk away. Their words are important, yet I just made them feel less-than by not truly listening. It’s then that I give myself a firm kick in the butt and ask them for a conversation redo, where I stop everything and fully focus on them and what they need to say. Sadly, sometimes I’m not given the gift of a redo. Instead, they continue walking away and mutter three defeated words that I caused by being too wrapped up in self.

Oh boy, does that sting. #mommafail

It would do us all good to put into practice what James 1:19 advises us to do. “Understand this, my dear brothers and sisters: You must all be quick to listen, slow to speak, and slow to get angry.”

Tonya “T. I.” Lowe is a native of coastal South Carolina. She attended Coastal Carolina University and the University of Tennessee at Chattanooga, where she majored in psychology but excelled in creative writing. In 2014, she independently published her first novel, which became a bestseller. Now the author of ten books, she resides near Myrtle Beach with her family. Learn more about Tonya on her website, and/or follow her on Facebook and Twitter.