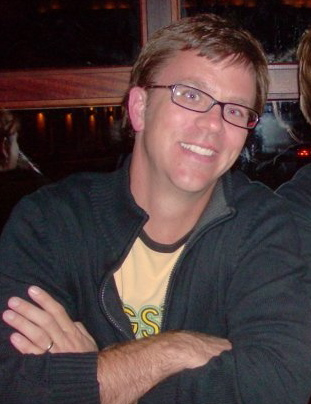 Michael Snyder studied music in college and played guitar professionally for many years. Then one day he traded music for writing.

His debut novel, My Name Is Russell Fink, released in 2008 to critical (and reader) acclaim. It was followed by Return Policy in 2009, and now—finally, after much anticipation—his third book, A Stand-Up Guy, will release in early August.

What diverted your path from music to writing fiction?

I believe it was plain, old-fashioned responsibility.

After graduating from Belmont with a degree in music I bounced around a few bands and played with various artists around Nashville. Then it dawned on me…the rest of my musician buddies were getting home at two in the morning and sleeping til ten. But I had to get up and go to work!

Symptoms of burnout gave way to raging disinterest and I pretty much stopped playing music for about a decade. But I guess all that creativity continued to course through me. Years late when I mentioned to my lovely wife that I wanted to try my hand at writing, she was instantly encouraging and has never stopped.

However…I’m still not getting as much sleep as my musician buddies from back in the day.

The cool part of the story is that I’m actually back into playing electric guitar most weeks at church, have accepted a few weekend road gigs, and I’m back to loving playing music again.

I know it’s a tired distinction, but I think of myself more as “a writer that happens to be a Christian,” not so much a “Christian writer.” That small disparity doesn’t change the way I feel about Jesus, but it’s enough to allow me to just write and let my faith inform the story organically. Whenever I try to shoehorn my beliefs into my fiction, it’s kind of a disaster.

There’s obviously nothing wrong with doing it the other way. It just doesn’t work for me.

What this actually looks like (hopefully) is authentic characters with real struggles, and oftentimes more questions than answers. It will come as no surprise, however, that the Holy Spirit does a much better job answering tough spiritual questions than me!

Your characters always seem to steal the spotlight in your books. Where do you “find” such quirky characters?

When that’s not working, I look to my family, friends, church, and the people I work with. That’s right, no one is safe!

I’ve always been drawn to life’s little oddities. When I’m around people I tend to notice mannerisms, ironies, subtexts, and odd bits of dialog. Later, I’ll catch myself remembering some little moment or phrase or action, then set about wringing a bunch of meaning out of it.

In the end, I doubt my observations have much in common with their source. But my little musings make a great launch pad for fiction. I think that’s why people remember the characters in my stories more than the plot points. (Or, it could be that I write really lousy plots!) 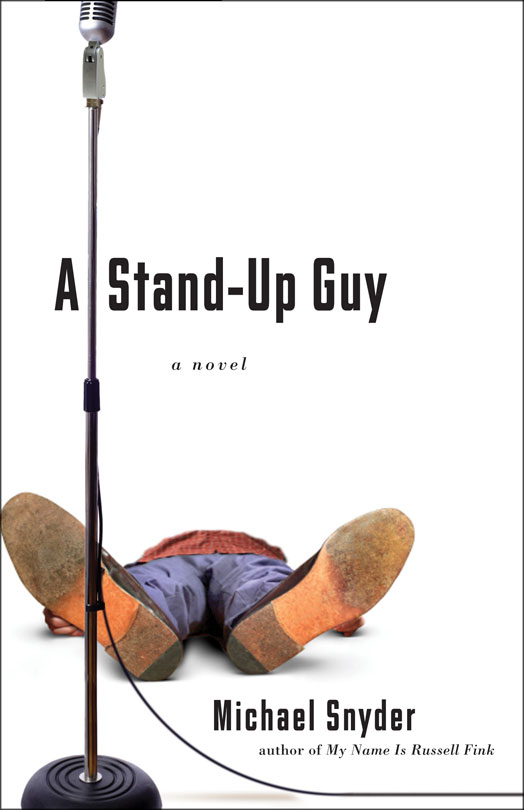 I’ve always believed two disturbing things about humor. One, most of it tends to possess at least a thread of hostility. And two, that the truth is always funnier than jokes people make up.

These ponderings eventually led me to the question: What if a comedian decided to tell the truth in his act, no matter who gets hurt?

Like most of my characters, Oliver Miles has a neurotic side. And he’s a much better comic than he realizes. To support his fledgling career he works as a third-shift security guard at a Nashville hotel. The hotel’s new night auditor, a girl named Mattie—she’s a wannabe songwriter, has a penchant for vintage clothing, and a nasty habit of breaking-and-entering. She also happens to be the most adorable kleptomaniac Oliver has ever met.

The problem is that he ends up using her in his act…along with his mother, his manager, his mentor, and everyone else in his orbit. By the time he realizes the power of telling the truth in his act, everyone he cares about has become grist for his comedic mill.

Eventually his comedy career blossoms in direct opposition to his personal life and Oliver has to figure out which is more important to him.

Well, I totally stole this from Lisa Samson who said she writes so that readers will know they’re not alone. (Or something like that, I’m totally paraphrasing here.)

I’m not nearly as interested in informing or entertaining readers (although those are nice byproducts) as I am engaging them. I just want the story to resonate in some way. It’s really that simple.

The nicest thing anyone’s ever said about my writing is that when they close the book they feel like they’ve had to tell good friends goodbye. My hope is that readers will feel the same about this book as well.

My wife and I attended the same church for fifteen years. We love the people, the pastors, and the teaching. However, we eventually realized that the youth group was not going to be a great fit (my kids are 13, 11, 9, and 6). When it became evident that change was imminent…I made a plan (this is where you cue the laugh track if you have one).

I decided we were going to visit every single church within a fifteen-minute radius of our home (our former commute was thirty-five minutes). My exploration began one morning when my lovely wife and three oldest kids had an early Sunday morning curtain call. So I plied my six-year-old with donuts and lemonade and set off for a non-denominational gathering that meets at a nearby elementary school.

As you may have guessed, we’ve never been anywhere else. And we’ve never been happier. It’s the most authentic group of people I’ve ever been around. And for the first time ever, my wife and I get to play on the worship team together. Yes, one could say we’re still making beautiful music together…

Coffee, with a little cream.

I’d love to elaborate, but that’s it. I love the taste, the smell, and the feel of warm brew swimming through my system.

Have you ever considered returning to music as a full-time career?

First off, neither my haircut nor my wardrobe are hip enough to support a full-time music career.

But to answer your question…Yes, I have considered it. But it’ll never happen. Music is something that I dearly love. But whenever I make it the main thing, the enjoyment starts to plummet and I find myself not liking it at all.

That said…I have been asked by a couple of artists to start doing some weekend shows, which I’m really looking forward to.

Actually, I’m an album guy, not a song guy.

And for most of my life I could not have answered that question. But last year Nick Hornby and Ben Folds collaborated on a new record. So…if I had to be a song, it would definitely be a track from that album (sans all the bad words), but I have no idea which one it would be.

By the way, I’m not meaning to claim it’s the best record in the world. But Nick and Ben do have a unique way of mixing art and play that I cannot help but envy.

I try to be a healthy mix of the two (just not at the same time in the same register…too much dissonance!).

More than anything, I think I’m a major/minor pentatonic scale—simple, accessible, playful, bluesy, able to switch tonalities by a well-placed string bend…and with a little work, able to get along with almost any chord progression.

Of course, that’s me talking. Ask people who know me and they’d probably just say, “He’s mostly out of tune. And has really bad timing.”

I’m the goofball cousin that lives over the garage…

Currently, we have two awesome mutts, Buddy and Skittles. We also have a couple of kittens living in the garage that are about to be released onto the property to hopefully scare away the snakes and mice (we live out in the country).

Recently though, we did lose one other dog and two other cats. Okay, we didn’t actually misplace them; they died.

Not to worry folks, I tend to end my novels on a slightly happier note!

Thank you, Michael! It’s great to have you as a guest at DivineDetour!

Thank you so much for having me, Kathy. And for you, dear reader, for dearly reading along here (and hopefully reading the book!).

For more information about Michael, visit his website at http://michaelsnyderwrites.posterous.com/

To purchase A Stand-Up Guy logon to: