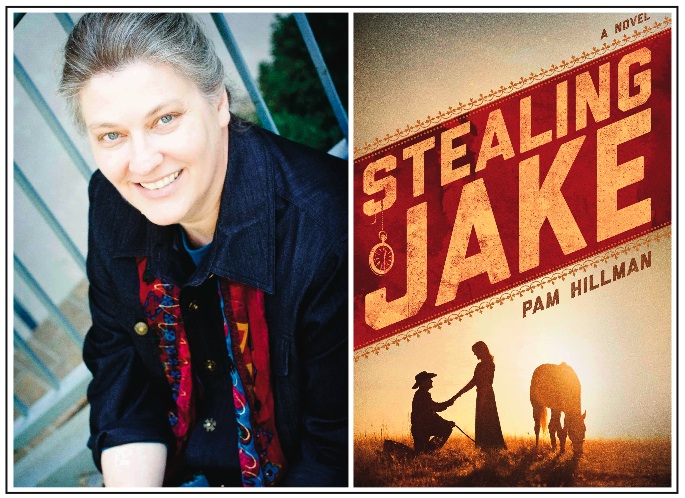 Pam Hillman writes inspirational fiction set in the American West and the Gilded Age. Her debut book, Stealing Jake, won the American Christian Fiction Writer’s Genesis contest and was a finalist in Romance Writers of America’s prestigious Golden Heart contest. She lives in Mississippi with her husband and family. Pam is giving away a Kindle on her blog. See details below.

When Livy O’Brien spies a young boy jostling a man walking along the boardwalk, she recognizes the act for what it is. After all, she used to be known as Light-fingered Livy. But that was before she put her past behind her and moved to the growing town of Chestnut, Illinois, where she’s helping to run an orphanage. Now she’ll do almost anything to protect the street kids like herself.

Sheriff’s deputy Jake Russell had no idea what he was in for when he ran into Livy—literally—while chasing down a pickpocket. With a rash of robberies and a growing number of street kids in town—as well as a loan on the family farm that needs to be paid off—Jake doesn’t have time to pursue a girl. Still, he can’t seem to get Livy out of his mind. He wants to get to know her better . . . but Livy isn’t willing to trust any man, especially not a lawman.

Tyndale House Publishers used to publish two Heartquest anthologies a year. Tyndale has been my dream publisher from the beginning, and I submitted novella proposals several times trying to break in. Stealing Jake (then Stealing Jake’s Heart) was one of those submissions. Tyndale put out guidelines for a Cowboy Christmas anthology, so the story had to involve Christmas and have a historical setting. Stealing Jake didn’t make the cut for the anthology, but I loved the idea so much that I went back to it later and turned it into a full-length novel. It just happened to be the novel my agent and I were shopping when word went out that Tyndale was launching the Digital First Initiative.

I honestly can’t remember how I came up with the exact idea for the pickpocket theme, but it was the old adage of opposites attract. If she’s a thief, he’s a lawman. Okay, she’s a reformed thief . . . or is she? lol 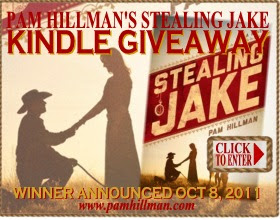 Oh my goodness! I try to learn from every detour, no matter how small. A few years ago, I was stranded in the DFW airport. The blessing was that I was traveling with someone who knew the ropes. I learned all about flying standby and rescheduling flights, and all kinds of interesting things. I was thankful for what I learned, and even more thankful that I didn’t have to deal with it alone.

I’m in a position at work where I have to talk to salespeople on the phone and in person, and negotiate deals all day long. It’s not a position I would have chosen for myself as I used to be fairly shy and awkward around strangers. That job detour gave me confidence in communicating with professionals in the writing industry. I’m very thankful to my employer for pushing me out of my comfort zone.

Thanks, Pam. It’s nice to have you as a guest at DivineDetour!

To purchase Stealing Jake, logon to: