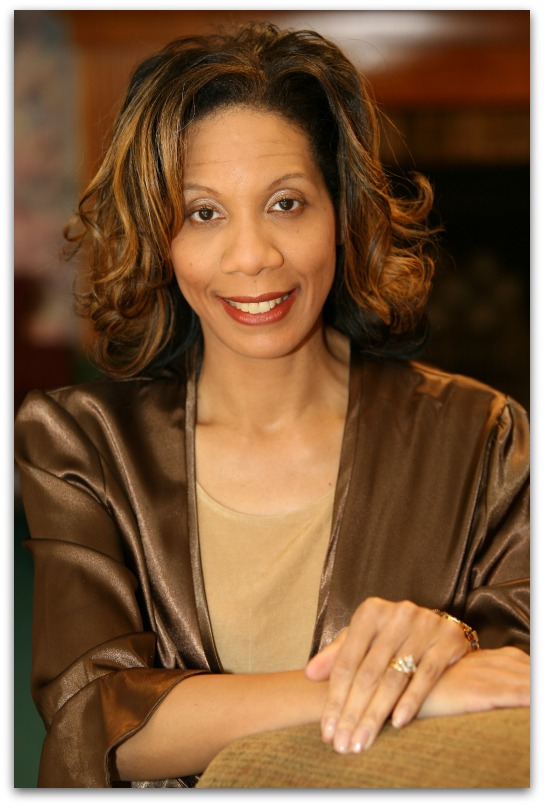 A self-proclaimed genealogy sleuth, Pat Simmons is passionate about digging up the dirt on her ancestors, then casting them in starring roles in her novels. She is also a passionate Christian.

Pat and her husband live in Missouri and have a son and a daughter.

Which came first, your pursuit of mass communications or the desire to write fiction? Was one a catalyst for the other?

I majored in mass communication because I’m a nosy person by nature.

I am not the typical “I knew I wanted to write since Mrs. Parks’ third grade class…” Nope, that is not me. During grade school, I did develop a thirst for reading, so when my local libraries sponsored the “Read 100 Days” challenge in the summers, I was on it.

BECAUSE of my degree, I landed a spot as a radio talk show host. That venue gave me a wonderful opportunity to interview new and veteran authors, including greats such as Nikki Giovanni.

At the time, I didn’t know the difference between a self-published and traditionally published author. To me, a good book is a good book whoever publishes it. Hearing their stories of motivation and perseverance sparked a challenge in me to see if I could do this.

It wasn’t the best time, but I tested the waters as a storyteller during a sad occasion. A father-like figured passed away. After his funeral, I returned to the family home to help prepare food while others went to the cemetery. Some family and friends came back with me. As we waited, I shared this tall tale about a story I had in my head. Soon, I had captured more people’s attention. It didn’t take long for my tale to get taller. When some discovered that nothing I said was true, an aspiring author was born.

You are a self-proclaimed “genealogy sleuth.” Are there other writers in your family history?

Nope. I’m the lone ranger from a line of school teachers.

My faith means everything, including in my writing. One day, I had a horrible book signing where everyone seemed to pass by me, regardless of what angle I used to promote my book: local, African-American, Christian—nothing worked.

I was so upset and heartbroken. When I got home from that signing that lasted five long hours, instead of the normal two, the Lord chastened me and told me, “It’s not about you, it’s about me.”

I gave Jesus the Lord, a mock salute and said, “Yes, Sir.” After that I view my signings differently. I still want to out sell my books, but I’m mindful of the fact that it’s “about Him and not me.”

It happened before my first published book. I had written two manuscripts and was about to start on a third one. None of them were published. I didn’t have a deal or an agent. Then God directed me to write Guilty of Love. Instantly, I was opposed to it because of the controversial subject matter. BUT GOD…He blessed me more than exceedingly above all that I could ever hope for with record sales and glowing reviews. Wow.

Ephesians 3:20-21: Now unto him that is able to do exceeding abundantly above all that we ask or think, according to the power that worketh in us. Unto him be glory in the church by Christ Jesus throughout all ages, world without end. Amen. 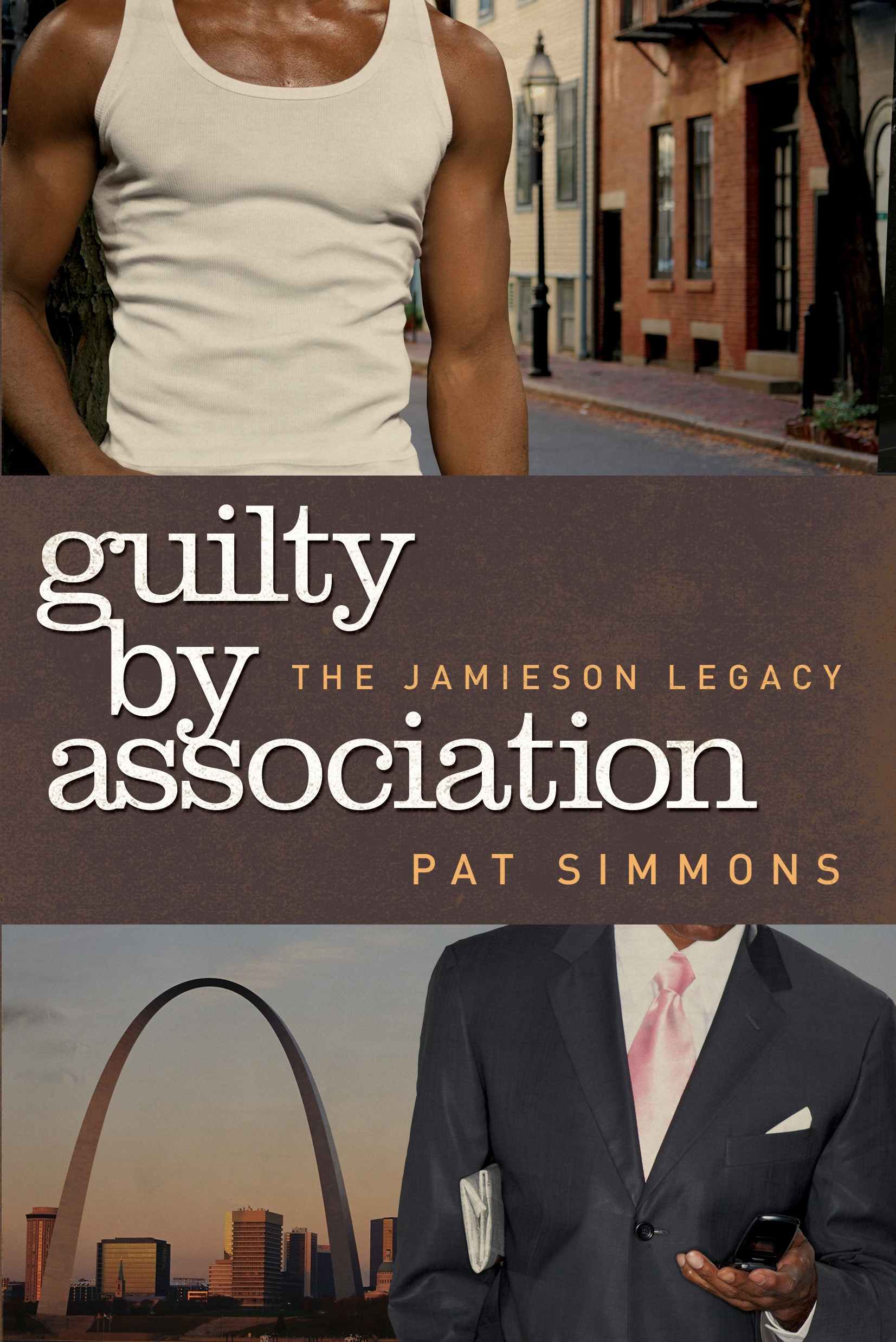 Let’s talk about your new book, Guilty by Association (Lift Every Voice, January 1, 2012). Please tell us about it.

Because of my news background, I’m topic/subject driven. I enjoy reading quick, light-hearted stories, but when I write, I want to tackle subject matters that give readers a Selah moment. (Stop and think about it.)

Guilty by Association is no different.

Because my Jamieson Legacy series have African-American genealogy tidbits incorporated into the storyline, I wanted to tie that into “the angry black man” syndrome.

However, the term is not limited to one ethnic group. It happens among any culture. What that term means is the anger that rises up in our youth that they become skinheads, join gangs, or become violent offenders like the teenage shooters at Columbine, etc.

It is my belief that the black young men’s anger can be traced through the generations back to the mistreatment during slavery era. SO in Guilty by Association, I used a wise old woman to weave together scriptures and slavery atrocities to heal my character’s angry soul. So far, the feedback has been amazing. Oh, I guess I should say that ALL my books have a happy ending. It’s a love story that overpowers Kidd Jamieson’s anger.

What do you hope readers will take away from these stories?

In Guilty by Association, my goal is to encourage parents, girlfriends, wives, and families to hang in there with our youths. We need to pray for patience as God deals with the lost sheep. Amen. The other novels in the series will focus on hard issues: the single pregnant woman and the man who deserts them (The Guilt Trip, June 2012); the intellect who over analyzes God’s simplistic approach toward salvation (Free from Guilt, October 2012); and there are others. But my stories always have a happy ending. In all my stories, the black men are the head of strong, positive God-fearing families and that’s important to me because I don’t think the good guys ever get the attention they deserve.

Candy, cookies, and cake. It’s that surge of energy, which is a bad habit that I’m trying to break. But it works.

To the human ear, no. To the angels of the Most High God, I have been known to make a joyful NOISE unto the Lord. Off key, mind you.

“How Great is Our God.” I like LaRue Howard’s rendition. That is a worship song. I hope your readers will take the time and listen at http://www.youtube.com/watch?v=T0bKSvCUrn0.

I would be the little girl trying to walk in heels of other great people who accomplished things before and during my time.

I’m a dog lover and I love canine characters. You have one—with the ominous name of Silent Killer—in Guilty by Association. Is he patterned after a family pet?

LOL. Actually, Silent Killer was based on a true story about an injured police dog that thwarts a would-be robber in the apartment of a former police officer. Stupid, huh? The man broke in and didn’t hear or see the dog coming until it was too late. Can we say he left a trail of blood? The suspect didn’t die, but maybe he’ll think twice about “breaking and entering.”

What’s the saying, “A dog’s bark is worse than his bite” hadn’t met Silent Killer.

Thank you, Pat! It’s a pleasure to have you at DivineDetour this week—the first of the new year.

Kathy, thank you for this wonderful opportunity to get to know you and your guests. And to talk about my passion: genealogy and the handsome Jamieson men. God bless you!

For more information about Pat and her books, logon to her website at www.patsimmons.net.

If you’re interesting in purchasing an autographed copy of Guilty by Association and/or other books by Pat, logon to http://shop.patsimmons.net/.

Or purchase the book at traditional and online retail outlets, including: