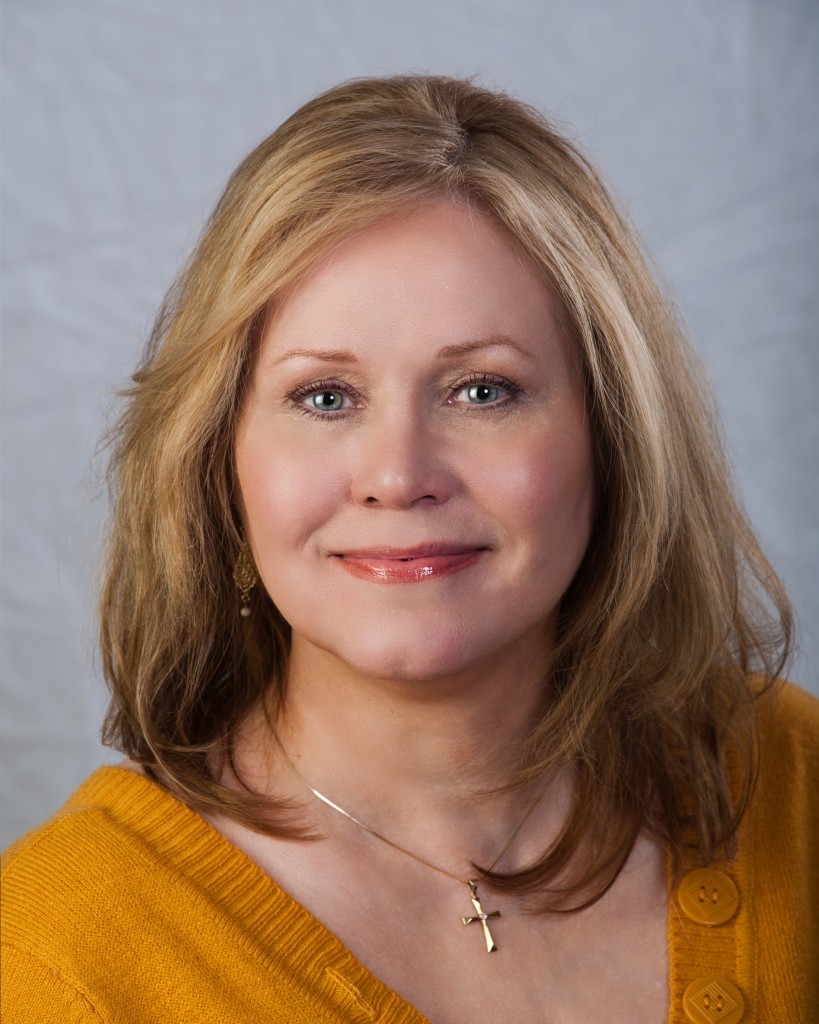 The daughter of a poet father and writer mother, Paula K. Parker has always been surrounded by words. Early training in music and theater led her to the arts, which brought her to Nashville, where she and her husband, Mike, helped establish Carpenter’s Playhouse and LampLighter’s Theater (now Springhouse Theatre Company).

Since 1995, Paula has been a professional freelance writer. She has more than 1000 articles, sketches, plays, scripts, nonfiction books, and novels to her credit and contributed to the award-winning Thomas Nelson Bible-zine, Becoming and The Young Believer’s Case Files with Stephen Arterburn (Tyndale). Her stage adaptations of Jane Austen’s Pride & Prejudice and Sense & Sensibility have been performed on stages across the United States.

Writing has been a huge part of your life. If writing weren’t an option, what would be your second career choice?

Teaching. I worked as a Teacher’s Aide in a special education school and later home schooled our five children for seventeen years. I also taught a Creative Writing class to a group of teenagers.

Oh my, yes; it has happened so many times I couldn’t begin to list them all. One of the earliest ones I recognized was that if my grandmother had taken piano lessons, then I never would have met my husband. Another one; I can look back and see that if God had answered my prayers the way I had wanted, I would still be living in Lubbock, TX, and would never have moved to Nashville, TN, met the people who connected me with the writing industry, and would have never become a published writer.

My faith affects all my writing, from the articles for parenting magazines, to stage plays, to corporate copywriting, to my books. I never accept a writing job that would go against my beliefs. For writing assignments or books that are not overtly faith-based, I strive to be professional and pleasant in my dealings with the editors or publishers, whether they are with faith-based companies or not. I pray over these writing assignments as much as I pray for the times I have written devotional content for Bibles or have written biblical novels. 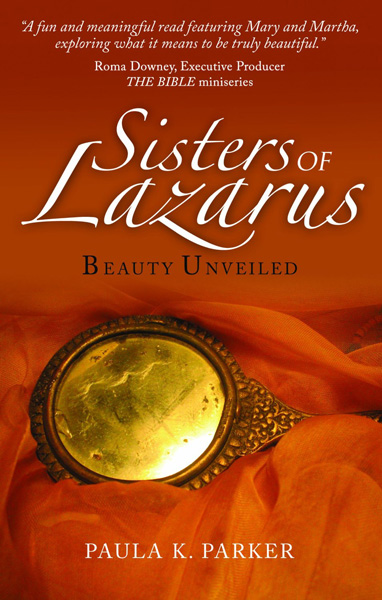 Let’s talk about your new book, Sisters of Lazarus (Authentic Media, September 2013). Please tell us about it.

Sisters of Lazarus: Beauty Unveiled is the novelization of the biblical story of Mary, Martha, and Lazarus. It is set in the first century Israel and, as much as possible, I have tried to remain faithful to the settings and culture of that time as well as to the Scriptural story.

In the book, Martha and Mary are at two ends of the spectrum. Martha, the elder, is plain and self-conscious, and sees her value only in her housekeeping, cooking, and being known as a great hostess. Mary, the younger, is beautiful and vain and believes her outward appearance is her only asset. Their worlds are turned upside down when their brother Lazarus offers hospitality to the popular and intriguing new teacher named Jesus.

I needed a new headshot for the book’s cover. Before the photo shoot, I had my hair cut and colored, bought a new top and spent a long time on my makeup. David Warren—who did the photo shoot—is a fantastic photographer who tells you, “Lift your chin . . . tilt your head . . . lower your shoulders . . . open your eyes.” I have never had a photo shoot with David that I did not love the pictures. Yet, when my husband, Mike, and I were looking through the proofs, Mike kept raving over how beautiful the pictures were and what a great job David did, and all I could do was focus on my wrinkles, under-eye circles, hair and makeup.

There I was, getting a headshot for a book whose underlying message is that our value is not in our appearance or accomplishments, but rather in the fact that we are created and loved by God, and all I could do was wonder if my picture could be Photoshopped.

I play the piano and harp.

A folk song. I love songs that tell stories.

Although I appear to be strong, inside I am the little girl who hides from the world.

We have three dogs, all mutts, named for fictional characters, and they are all related.

Captain Jack Sparrow—‘Jack’ or ‘Jackie’ for short—is a mix of a golden lab, Jack Russell terrier, and Dalmatian. He is a social dog; if he has to choose between being with people or eating, he chooses people every time. In fact, after setting his food bowl down, we have to pat him on the head before he will eat.

Jackie mated with one of our daughter’s dog, Violet (Baudelaire from Lemony Snicket’s A Series of Unfortunate Events). After Violet gave birth, we were able to find homes for all the pups but two, which Mike and I decided to keep.

Perrin (named after one of the characters in Robert Jordan’s Wheel of Time series) is larger than Jack and looks like a golden Rhodesian ridgeback. Perrin is sweeter than he looks and, unlike his father, he prefers food to people.

Sunny (named after the character in Robin McKinley’s Sunshine) is smaller than her father, mother or brother. When she was born, she was all black with one ice-blue eye and one eye half blue and half brown. Last year, however, she started developing white spots all over her body; now we tell everyone she is a reverse Dalmatian. Sunny is skittish around strangers but, among the family, she acts like she is queen of the realm.

Thanks, Paula! It’s nice to have you as a guest at DivineDetour.

Thank you so much for having me as a guest.

To purchase Sisters of Lazarus, logon to: