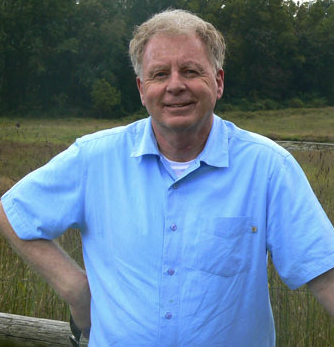 Roy Lessin is a co-founder of DaySpring, the world’s largest Christian greeting card company (now a subsidiary of Hallmark Inc.) and served as a senior writer for the company for more than thirty years. The author of many devotional and gift books, he is a recognized biblical teacher and provides content for the Meet Me in the Meadow blog, which has an audience reach of over one million.

Roy and his wife Charlene once served as missionaries in Mexico and Puerto Rico. They now reside in Arkansas and have two children and four grandchildren.

When did you discover you wanted to be—and had a gift to be—a devotional/inspirational writer? In what way did you first put that gift to use?

When I was in grade school, writing was the furthest thing from my mind. The only class I ever flunked was tenth grade English.

The college I attended lost my entrance exam scores, and since my brother had attended the same school, they decided to use his test scores to evaluate me. The problem was that my brother had majored in journalism and was an excellent writer. Based upon his scores I was placed in an advanced writing class.

I did terrible in that writing class. I turned in fifteen assignments during the semester and received the same grade each time, a D minus. At the end of the course my teacher told me, “You cannot write college level material.” I agreed. I couldn’t get out of that class fast enough.

After my first semester in college I came to a personal faith in Jesus Christ as my Lord and Savior. My life was changed. I wanted to study the Bible and left college to attend a Bible School in the Midwest. One of the courses at the Bible School was English and composition. However, this time my writing experience turned into something positive.

Through those assignments I discovered I greatly enjoyed expressing my thoughts in concise ways and in simple terms. Years later, this writing style would play a major part in the ministry God would lead me into.

My first published writing happened during my second year in Bible College. The inspiration came when I was given night-guard duty and had to stay up all night watching the campus. To help stay awake, I decided to write a gospel tract. I titled it Religion is a Drag. I finished the tract a few hours before dawn. Since I had no publishing contacts, I decided to self-publish the tract. After having it proofed and checked for doctrinal accuracy, I had 500 copies printed.

About a year later, I received a letter from the American Tract Society. The letter stated that they had come across a copy of Religion is a Drag and wanted my permission to reprint it and add it to their line. I enthusiastically gave them the okay, and received a check for $10.00 in return. About twenty years later, I discovered that the American Tract Society still had Religion is a Drag in print and had sold almost one million copies.

I believe God is allowing me to participate in His work, rather than Him participating in my work. My writing is an outflow of His working within me. Faith is so closely tied to the whole of who I am and what I do that I cannot separate them. It would be like asking, “What part do my lungs play in my breathing or my heart play in my circulation?” My breath and my blood cannot operate independently of the organs that support them, and my faith cannot operate independently of the One on whom I totally depend.

When you come upon a detour it’s usually a surprise and unwelcomed. Thankfully, a detour does not mean the end of the journey, just a different way to get to the destination.

I faced my biggest detour in the early 80’s. Our company, DaySpring Cards, had recently moved our location from Southern California to Northwest Arkansas. Before the move I had become involved in speaking, traveling, and conducting seminars. I thought the move to the middle of the country would make it easier for me to travel and take speaking engagements while still fulfilling my responsibilities at DaySpring.

One night, while sharing my testimony at a local church, my voice began to tighten. It became uncomfortable for me to speak but I wasn’t sure what was causing the difficulty. In a few days my voice seemed normal again and I thought the problem had passed. However, it wasn’t long before the problem returned. Once again it became difficult to speak. This time my voice problem lasted for several days before returning to normal. This pattern continued for several months. One day, my wife and I needed to meet with the principle of the local junior high school. When we got to the meeting I found it so difficult to speak that I whispered to (my) wife, “You will need to do the talking today.” My voice never returned to normal.

It took five years of searching, asking questions, visiting doctors, and trying everything I knew, before I actually discovered what was wrong with my voice. I discovered I had a neurological voice disorder called Spasmodic Dysphonia. I had no idea what that meant, but at least my problem had a name.

After years of further research, I discovered that my voice condition was rare and that there was no known cure. Because the condition became chronic, I had to cancel all speaking opportunities and say “no” to all future invitations. Not only did public speaking become almost impossible, but so did my communication with family and friends. Slowly, my personality began to change and I became more socially withdrawn and tried to avoid any type of speaking situation. Talk about a detour! I thought I would never speak in public again.

Over thirty years have passed since I first developed Spasmodic Dysphonia. As I look back, I see a strong redeeming thread running through these years. Yes, I had to step away from the “pulpit,” but God gave me a pen. It was the detour of my voice condition that moved me onto the pathway of a full-time writing ministry. The pen literally became the voice that God used to allow me to speak to others the things that I heard Him saying to me. 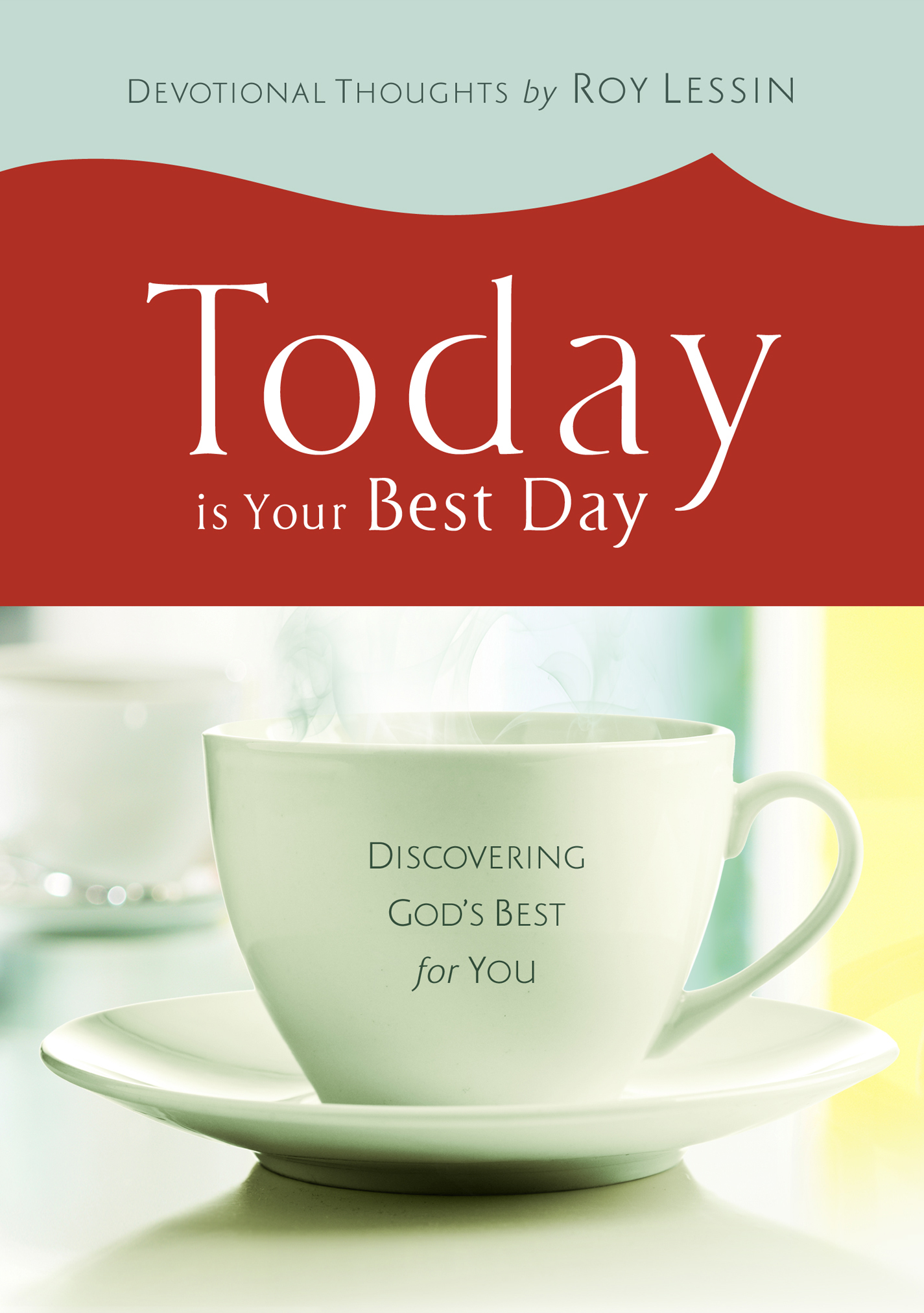 Let’s talk about Today Is Your Best Day (New Leaf Publishing Group, February 2012). Please tell us about it.

Today Is Your Best Day is about living every day in the light of who Jesus is and what He is doing in your life. The book brings to the reader over sixty reasons why, as a believer and follower of Jesus Christ, each day is your best day.

Too often, we think about our days as being good or bad, depending upon what happens to us and what is going on around us. God has not called us to live a life that is defined by our circumstances, but by His will being done in us and through us.

The Apostle Paul was a follower of Christ who lived through incredible hardships and difficulties. The Lord even told Paul shortly after his conversion on the road to Damascus, that he would suffer greatly for his obedience to God’s call. Nowhere in Paul’s writings does he ever complain about what God was doing in his life or how God was using him. Paul does not evaluate his life based upon his circumstances. He never tells us that he had a good day or a bad day, but he does remind us often that every day is God’s day. Paul “counts it all joy” to be able to serve the living God.

My prayer is that God will use Today Is Your Best Day to help encourage believers to rest their heads upon their pillows each night, no matter how difficult the day has been, and say with full assurance of faith, “Father, today has been my best day because I lived it for You and for Your glory.”

Where did you get the idea for the particular theme in this book?

I noticed a focus in the market place aimed at trying to help people be happy and live fulfilled and meaningful lives. What I didn’t notice was a focus upon the importance of seeing life from God’s point of view instead of our own point of view.

You are both a father and grandfather. Are there other writers in your family?

My dad was an outstanding writer. My brother, Don, was also an excellent writer. However, God used my dad as a bible teacher and my brother as a missionary and pastor. Neither one was ever used by the Lord in a writing ministry. Today, both my son and daughter are gifted writers, and I see the same gifts in my grandchildren.

I’m afraid all my comfort foods have gone with the wind . . . last year I had major surgery to remove a cancerous tumor the size of a baseball . . . I have since been advised that sugar feeds cancer . . . so goodbye pie, ice cream, and all their “comforting” friends.

Can’t sing a note or play a toot. I once took singing lessons, but after several lessons my teacher remarked, “There’s nothing I can do to help.”

However, to my joy, I have had several of my writings put to music and recorded by other artists.

Unbroken by Laura Hillenbrand . . . an amazing story with a powerful ending.

Please tell us about your pets, if any, or your favorite pet as a child.

Even though hamsters, fish, birds, cats, and dogs have all taken up residence in our home at various times, there are no pets at the moment. My favorite pet was our parakeet, who added to his large vocabulary such phrases as, “The King is coming!” and “Glory to God.”

Thank you, Mr. Lessin, for the encouragement you have shared with others through the years. It’s a pleasure to have you as a guest at Divine Detour.

To read or subscribe to Roy’s online devotional blog, Meet Me in the Meadow, visit http://roy.dayspring.com/.

To purchase Today Is Your Best Day logon to: