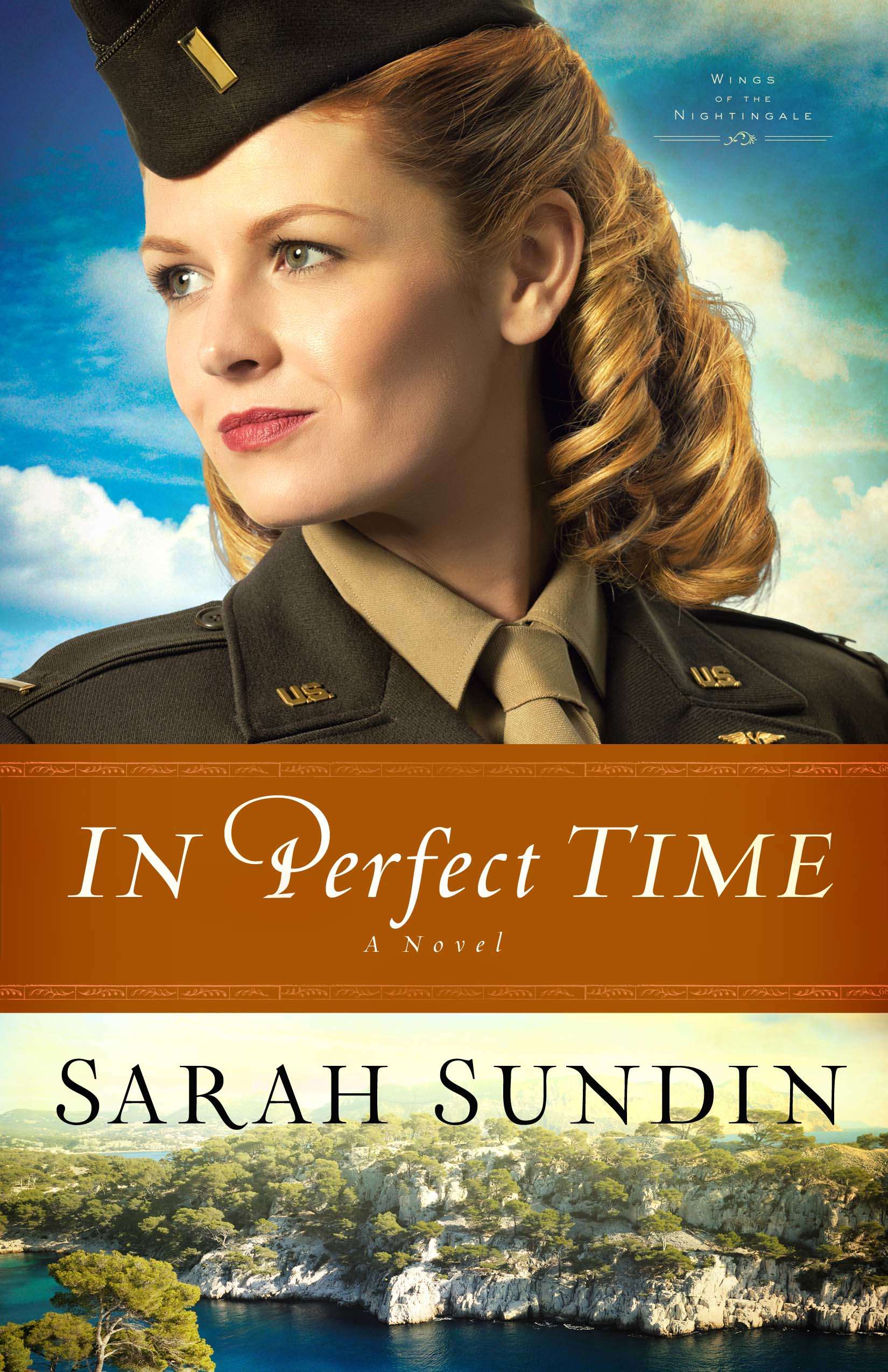 When Sarah Sundin first began writing more than a decade ago, it was family tales that drew her to the World War II era. Her grandfather, Frederick Stewart, served as a pharmacist’s mate (medic) in the U.S. Navy, and her great-grandfather, Roderick Stewart, flew a B-17 into Pearl Harbor during the attack.

Sarah recently released her sixth book, In Perfect Time. She is a member of American Christian Fiction Writers, the Christian Authors Network, and the Advanced Writers and Speakers Association.

She and her husband, Dave, are the parents of three children and reside in northern California.

Let’s talk about In Perfect Time (Revell, August 2014), the third book in your Wings of the Nightingale series. Please tell us about it.

In Perfect Time is the last book in the Wings of the Nightingale series, but it stands alone. It was a lot of fun to tell the story of Lt. Kay Jobson, a WWII flight nurse known for having a boyfriend in every airport throughout Italy and southern France. But her bold and confident façade masks deep hurts. C-47 pilot Lt. Roger Cooper just wants to get through the war in one piece so he can become a big band drummer. And he wants to avoid women, especially a dangerous dame like Kay. But when he gets a glimpse of Kay’s hurt and vulnerability, he realizes the story of his painful past might be what she needs most.

WWII was fought, almost literally, around the world. How do you decide on the geographical location of your series? What locations do you hope to include in future books?

The stories have guided the locations, but I also try to pick places with inherent appeal, like England for the Wings of Glory series. For the Wings of the Nightingale, I needed a combat theater where flight nurses served for a long enough period to write a three-book series—which meant the Mediterranean or the Pacific. So I asked my editor which setting they’d prefer, and she said the Mediterranean. Of course that meant some lovely romantic locations—and sadly, I had to go on a research trip.

My next series, Waves of Freedom, follows three American naval officers in the Battle of the Atlantic. I chose Boston as the main setting because it was a destroyer base in WWII, and because I love the city. It’s beautiful and it’s steeped in history. Plus my aunt lives there, so I’ve visited several times, including last month. 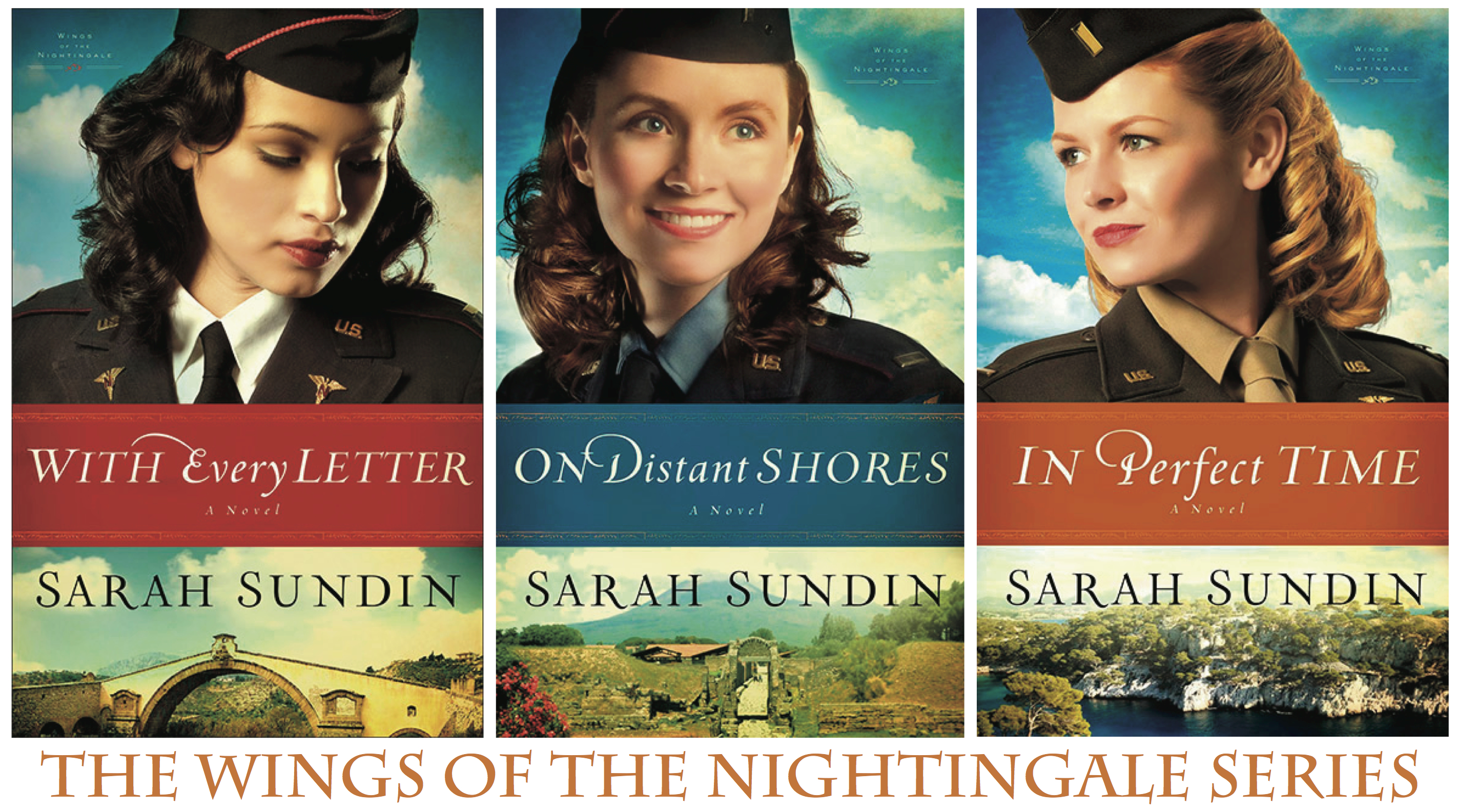 You’ve included a number of study questions at the end of In Perfect Time. I’d like to turn one of those on you . . . Sometimes it’s easier for others to see our talents than to see them ourselves. Has anyone pointed out a gift to you that surprised you—but turned out to be true?

Absolutely. In Bible study in 2002, the teacher kept telling me I was a teacher. Not that I should become one, but that I was one. Later that year, a good friend asked me to help her teach Sunday school because she thought I’d be perfect for it. I didn’t quite believe either of them and felt completely unequipped. But there was a tugging on my heart, and I knew it was from God, and I knew I had to obey. So I took on a small group for Bible study and helped with Sunday school—and loved it! I haven’t stopped since, and I’ve added public speaking on top of it.

God used a detour in my daughter’s life to teach me some major lessons. At first my husband and I were quite upset that she wasn’t following the four-year college plan we’d laid out for her. It was a good plan. A very good plan. But it was ours. God finally had to shake me and say, “Whose plan do you think is better? Yours? Or Mine?”

A year later, I see this new path is exactly what my daughter needed. She’s thriving and happy, and our relationship is stronger than ever. About once a week, I find another reason I’m happy for this detour.

So once again, God taught me an important lesson about His goodness and His sovereignty and my own noxious pride. Sigh. 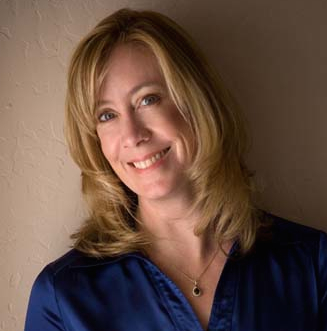 My favorite read this summer has been Melanie Dobson’s Chateau of Secrets. This is the first time in years I’ve read an entire book in one sitting. I was completely drawn in—a Frenchwoman in WWII hides Resistance members in the tunnels under her chateau—which is occupied by Nazi soldiers. This is based on a true story, and it’s mesmerizing.

I’m really enjoying Casting Crowns’ Thrive. Not only is the tune catchy, but the message is important. God didn’t create us to just “get through” life. He wants us to thrive, to find our purpose in knowing Him and making Him known.

Depends on the day. A verse I’ve leaned on all my life is Philippians 1:6: “Being confident of this, that he who began a good work in you will carry it on to completion until the day of Christ Jesus.” I find it so comforting that I’m a work in progress, that He continues to work in me every day—well, every day I let Him!

Thank you, Sarah! It’s great to have you back at DivineDetour.

To purchase In Perfect Time, logon to: