Shannon McCombs—or simply Shannon, as she is known to many radio listeners and television viewers—has been a well-known name and face to music fans for more than two decades. As the long-time “voice” of CMT (Country Music Television), the host of several nationally-syndicated radio and television shows, and the “red carpet” reporter and/or producer for the Country Music Association, Academy of Country Music, and Grammy awards shows, she conducts hundreds of interviews each year. 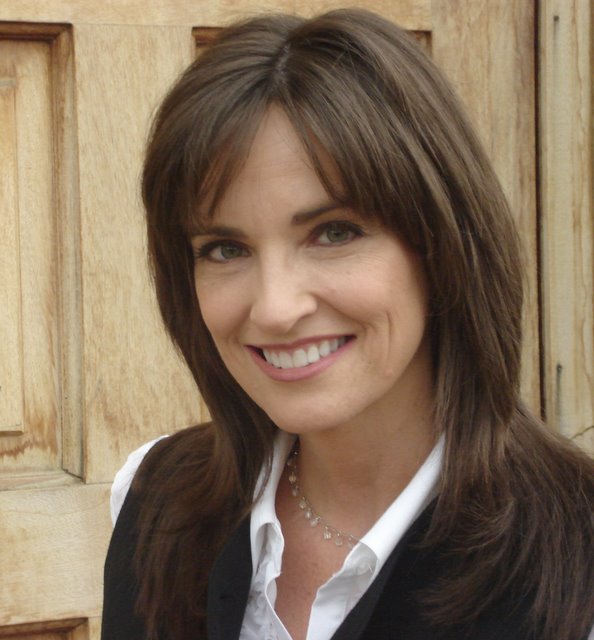 How old were you when you knew you wanted to work in the entertainment field, and how did you go about achieving your goal?

I don’t remember my exact age, but definitely pre-teen. My brother Dwight had a cassette recorder and when my cousin Donnie would visit we would “play DJ.” Our make believe radio station was W-I-L-D. Can’t tell you how many times I’ve looked for those old cassettes!

Just out of high school I started making my rounds to radio stations, and my first radio job was “selling” commercials with the promise of recording my own spots—that is, IF I sold anything. Good thing I was still living at home and didn’t have to pay rent! Eventually I got an on-air job when a slot came open and I was the only one that knew how to run the board. Yes, Divine intervention!

Your first on-air job in Nashville was in “rock and roll.” Why and/or how did you transition into country music? Was that the same time you transitioned from radio to television?

I actually tried getting a job in country music (WSM am) before I landed at KDF, I just didn’t have the experience for the time slot. Country music was always my ultimate goal. Luckily the KDF gig was overnight, and Bill Pugh the Program Director was willing to take a chance on me—that was in 1985. My transition into country came about with a show called “The Country Music Video Album Hour” on TNN in 1993. For a while I did both. I remember interviewing Motley Crue on the radio one day and heading out to the TV show to interview Randy Travis that afternoon. It was a crazy time!

More times than I can count, and honestly more times than I know. My move to Nashville was one of them. I was so set on working in the country music industry that I almost didn’t take the job at KDF. A friend of mine had to talk me into applying for it. So many wonderful things, experiences, and friendships came from that…and still do. I can’t imagine that piece of the puzzle not being there.

You were tapped to establish XM Radio’s country music presence in Nashville, as on-air personality, producer, writer, etc. What was your biggest challenge with that?

Explaining what satellite radio “was going to be.” Seems almost comical now, but I hit so many walls of negativity, it was like going into a storm everyday.

During your career you have conducted thousands of interviews—from Steven Tyler of Aerosmith to Porter Wagoner at the Grand Ole Opry. You have an innate gift for making people feel comfortable, but no doubt you have learned a lot along the way. If you were teaching Interview 101, what is the most important thing you would want to share with your students?

Thank you! I love my job, love music, and have a great respect for those who make it. I occasionally teach media and I always tell artists that there’s a lot to be said for body language, and not only the words spoken, but the tone and level of your voice.

If you could do it all over again, what’s the one question you wished you had asked and to whom?

John Denver—any question would have worked. He’s the one interview I’ll always regret not having. Never had the opportunity to meet him either, but was working on it. He was in Nashville a lot and recorded here, and I kept just missing him all over town. That will be my “Heavenly Interview.”

I eat pretty healthy, but when I go off the deep end I love ice cream—Reeses peanut butter.

This website features literary as well as music guests, so I like to mix it up a bit. You’ve covered the entertainment industry for many years; is there an autobiography in your future? If so, what would you title it?

No autobiography in my future. I know a lot of great stories, but most of them I can never tell…I’d be out of work.

Anything that Rod Stewart would sing on stage every night.

Not knowing how to read music, I don’t have a clue, LOL. Major sounds much better, I’ll be that.

Everyone wants to be the mysterious one, but I’m probably more the girl next door that’s still trying to learn how to walk in heels. 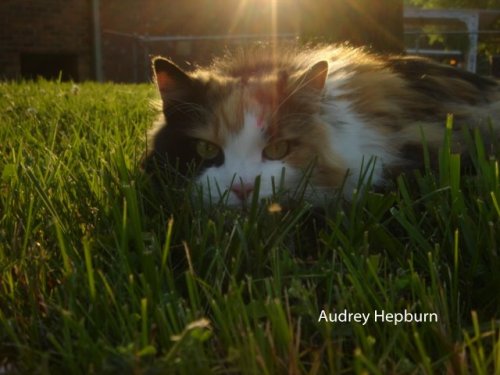 I’m a dog lover, so I have to ask…do you have pets? If so, please tell us about them.

I love animals! Have three cats, all came to me as strays. Audrey Hepburn, she’s around 15 years old, long-haired calico, and queen of the house. Elizabeth “Milk” Taylor, she’s 10 or 11, very shy, black and white tuxedo, with a splash of white on her lip, looks like the “got milk” commercials. And the newest addition Kitty Kitty Wells, she’s two. Kitty moved into my dad’s barn last winter up in Kentucky and when he passed away a few months ago, she moved in with me. She’s trying her best to take over Audrey’s throne.

Thank you, Shannon. It’s a pleasure to have you at DivineDetour!

You’re welcome—thanks for including me!

To learn more about Shannon, logon to her official website at http://www.shannoncountry.com/.