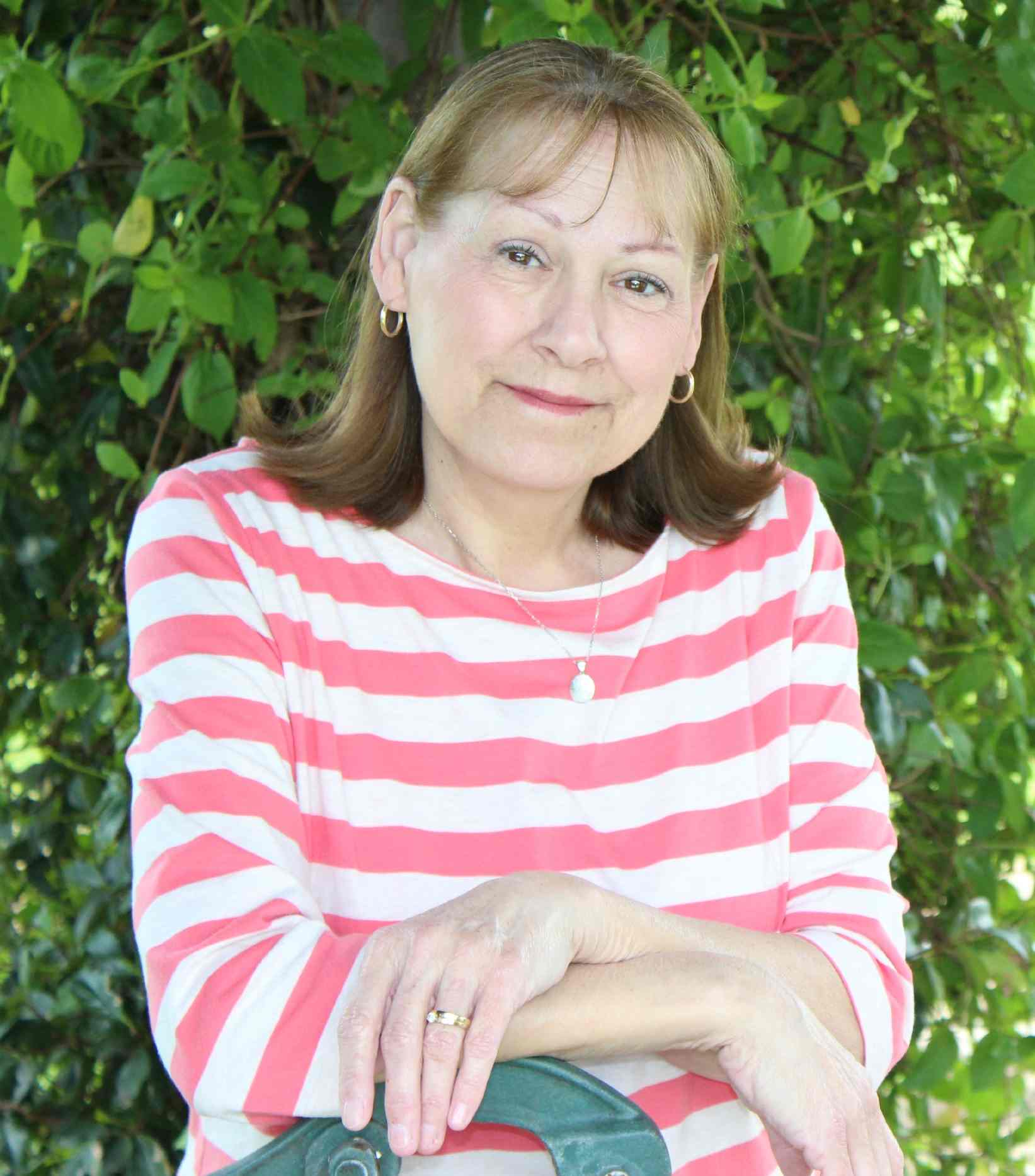 Multi-published Christian author Sharon K. Souza writes contemporary women’s fiction—stories that deal with difficult issues such as infertility, infidelity, and catastrophic illness. Although she occasionally accompanies her husband, Rick, on international trips to build churches, Bible schools, and orphanages, she is also happy to remain at home creating adventure through fiction.

Sharon and Rick live in northern California and have three children and seven grandchildren.

You’ve traveled internationally many times because of your husband’s work, but what sparked your writing journey?

I have had the privilege and thrill of traveling to several countries, including South Africa, with my husband, Rick, who has traveled to many countries physically and strategically building the kingdom of God. But my writing was sparked long before I even imagined I might participate in such great adventures. I remember in sixth grade our teacher gave us a creative writing assignment, to which most of my classmates groaned out loud. Me? I couldn’t get to the pencil sharpener quickly enough, eager to begin writing. But I was in my mid-thirties when I began writing my first novel. As with many authors I know, that manuscript will never see the light of day, but it was a starting place for me, an exercise that showed me I really could write a novel. No one was more surprised than I was. I’ve been writing ever since. I’m about to begin my twelfth novel, and I’m as excited about this one as I was the first.

There have been many detours in my life, and I would venture to say they’ve all been positive, though they may not have felt like it at the time. But God was truly directing my path long before I recognized it, so how could the detours be anything but positive. The one that applies most to my writing life occurred early in 2005. I received a large postcard in the mail advertising the upcoming writers conference at Mount Hermon, near Santa Cruz, California, which is only a two and a half hour drive from where I live. I thought, Wow, I would love to go, but it’s not possible. I was scheduled to be in Atlanta with Rick the week of the conference, to help with a missions conference he was participating in. Tickets bought and paid for, hotel booked. So maybe another time. That’s what I told myself, and yet I couldn’t throw the postcard away. I left it on the kitchen island, where it sat for several weeks, where I was drawn to it over and over again.

Then one evening Rick picked up the postcard, which I hadn’t even mentioned to him, and said, “I think you should go to this.” I said, “I’d love to, but it’s the week we’re to be in Atlanta.” Without hesitation he said, “No, I think you should go. I’ll take Mindy (our older daughter) to Atlanta.” So I went right in and registered. I can’t tell you how excited I was, or how nervous. I applied for a spot in the first fiction writers’ critique group at the conference, facilitated by author Gayle Roper, and submitted my chapter to her online. There was room for only twelve writers, and this was less than three weeks before the conference. A long shot? Yes indeed. Surely all the spots had been filled. I couldn’t believe it when I received an email from Gayle late one night saying I was accepted.

While I was at the conference I met editors who liked my writing, whose encouragement gave new life to my hopes and dreams. While it was still two years before I received a contract, it was the “detour” that caused a reversal in my circumstances, and that postcard was the hinge. To this day I don’t know why I received it, or how in the world I got on their mailing list. I just know the remarkable difference it made in my life.

My relationship with Christ is the most important thing in my life, so my faith plays a huge role in every aspect of my life, writing included. I don’t think it would be possible for me to create a story without that part of me showing through. But I make an intentional effort not to be heavy-handed in that regard. It’s my goal to write fiction that a Christian would not hesitate to share with a non-Christian family member or friend. Because of that, my sister Janet was my target audience when I wrote. She was the lone holdout in our family when it came to accepting God’s gift of salvation. Thankfully, she accepted that gift a little over a year ago. But prior to that, she was easily turned off by all things Christian. So, while I would never compromise the message, I tried to present it in a non-threatening way. I let my characters ask the hard questions, and I never presumed to have all the answers. Because who does? I write from my life experiences and share what I’ve learned. That’s the best any of us can do.

Let’s talk about your new book, Unraveled (CreateSpace, August 2012). Please tell us about it.

Unraveled is the story of a young woman named Aria Winters who is bored with her very privileged life. So she goes to Moldova to teach English to a select group of kids. Aria is ill-equipped for the world she finds herself in, but is trying to make the most of it. The couple she’s staying with is in the process of building what they call Hope House, which will be a place where young women who are rescued out of trafficking can be ministered to. Aria is really drawn to the project, and wants to help. But through no fault of her own, something happens to one of her students, and she takes responsibility for it, and it nearly undoes her in a lot of ways, including her faith. Unraveled is the story of Aria trying to find her way back.

As in all my books, I address hard topics, but with a good deal of humor. I honestly believe there’s almost nothing we face that can’t be better navigated with a good dose of comic relief. I love to laugh, and I love to help people laugh. It truly is good medicine. My favorite emails or notes from readers are the ones that say, “I was crying one minute and laughing the next.” I love that.

Entertainment is the first job of fiction, but as a reader I want to gain something from the time I invest in a novel. I want my readers to gain something as well. In Unraveled, I’d like readers to understand that we can take our failures to God and know without doubt that He will never beat us down with them. There truly is no condemnation when we take our broken selves to One who knows how to fix the broken places in our lives.

I’ve been a Christian since my mid-twenties, but I still have a difficult time grasping the truth of my previous answer. When it comes to grace, I tend to think, “Yeah, but what about that, Lord? Forgiveness for that can’t come as easily as forgiveness for my lesser sins, right?” That’s where Aria is through much of the story. She believes she has to add works to grace for the really big sins in her life or the slate will never be wiped clean. I struggle with that in my own life. I think most of us do. Unraveled was a reminder to me that grace + nothing = salvation. End of story.

For me it’s a combination. Something sweet (translated Snickers) followed by something salty (translated Ruffles potato chips). But I’m equally satisfied with an order of edamame from my favorite Japanese restaurant. Okay, maybe not equally, but satisfied.

My dad was a great guitar player and singer. While I love to sing, I describe myself as a background singer, not a soloist. But when it’s just me in the house or the car, all bets are off.

I’d be a Janis Ian song. One of my all-time favorites is At Seventeen. I have the YouTube clip of her singing it saved in My Favorites folder, and listen to it often. If not Janis, I’d be a Simon and Garfunkle song. Though there was never a more devout Beatles fan than me.

Hmm. That’s a hard one. I tend to be surprised when someone remembers me, so I’m more the “mysterious female next door in socks” type. My husband would argue that I’m definitely the strong female lead, the stubborn strong female lead, so let’s not ask him. Besides, I’m pretty sure that’s what he loves about me.

We have a wonderful Australian Shepherd named Toby. He’s one of the best dogs we’ve ever had. But for a number of years we had a feisty Lhasa Apso named Snickers—who, surprisingly, was a great watchdog. Snickers actually has a role in Unraveled.

Thanks, Sharon. It’s nice to have you as a guest at DivineDetour!

Thank you for having me, Kathy. It’s been a pleasure to be here.

For more information about Sharon, visit her website at http://www.sharonksouza.com/books.html. You can view the trailer for Unraveled here.

To purchase Unraveled logon to