Matthew 11:25  At that time Jesus answered and said, I thank thee, O Father, Lord of heaven and earth, because thou hast hid these things from the wise and prudent, and hast revealed them unto babes.

Sometimes God uses children to deliver His call. Just ask Shawn Lamb. She’ll tell you that she began writing Young Adult Fantasy at the request of her young daughter. She’ll also tell you that God has had His hand on many things in her life. 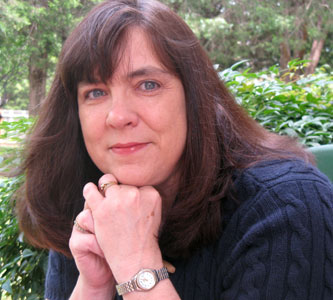 Creativity is often innate. Did you begin writing as a child?

Yes, I did. Actually, the basic story for Allon was started when I was 16 years old. Back then the kingdom was called “Shiloh.” Some how—or more rightly, divinely—I happened to have all the notes, a rudimentary map, and the first chapter.

Through the upheaval of life, I only have two things remaining from my childhood, my dad’s glove from when he played major league baseball and a collection of my early writing. I didn’t know what was in the collection until my daughter asked me to write a fantasy, and I went looking for story ideas.

Was there an a-ha moment when you decided to turn writing into a career, or did your interest in it develop slowly?

There wasn’t an “a-ha” moment. Writing has always been a part of me but developed into a passion as I got older. I can’t remember a time I didn’t write.

Do you (or did you) have other career aspirations?

Yes, medicine. I was in emergency medicine and search and rescue for years before I got married. God has a way of changing one’s perspective when His plans for you are different than your own. I never abandoned writing and the pursuit of publication, but I didn’t know if it was practical.

You write YA Fantasy. What genre do you prefer to read when kicking back with a good book?

Historical fiction. In fact, I was actively writing and being courted by several Christian publishers for my historical fiction before my daughter asked me to write a fantasy story. Those contracts falling through gave me the time to dedicate to fully developing Allon. Again, God’s timing—I wanted historical fiction and didn’t know much about fantasy, nor was I interested in the genre.

My daughter. Her simple request has turned my heart and mind toward young adults.

Faith influences everything in my life. Honoring God is my number one priority in whatever I do. I could have been published by several major general market publishers in the early 1990s if I did what they asked and put sex into my books. But being a published author isn’t worth the compromise to my heart, soul, and mind before God.

Yes, with Allon. I had only written the first two chapters when my daughter began sharing Allon with her friends and classmates. They couldn’t believe I was doing this for her, and they became intrigued by that fact. Soon they became hooked on the story and came over after school to discuss it. Conversations about characters, plot lines, etc., gave way to more personal discussions when a few opened up to me about their lives.

Many of these were immigrants or refugees from other countries, thus of different faiths and cultures. It amazed me how God was using my story to draw them out, to encourage them and help them understand some difficult concepts of adapting to a new country.

Across the spectrum, the main thing these kids spoke of was a desperate need for “hope.” Many certainly didn’t have it where they came from due to war, poverty, or oppression. It was elusive here in the U.S. as they struggled to fit in. God placed it in my heart to address those issues in my stories.

You are a prolific writer. How do you discipline yourself to write every day?

I cannot—not write. I don’t know that it’s a discipline issue, unless to say, I have to make time for other things. : )

Let’s talk about your new book! Insurrection is the second in your Allon series. Please tell us about it.

Insurrection takes place four years after Allon. This is mainly a story of the contrast between two families caught up in an unexpected rebellion and the choice they make in response.

Two of the primary characters are teenage boys, Wess (16) and his brother Bosley (14). They were in the first book. Nephews of King Marcellus, they are faced with a choice of taking advantage of a coup against Ellis or helping him, the man who defeated their uncle and changed their lives.

There are themes of mercy and forgiveness, consequences of choices both past and present upon families and individuals by either the decision they made or someone else made. 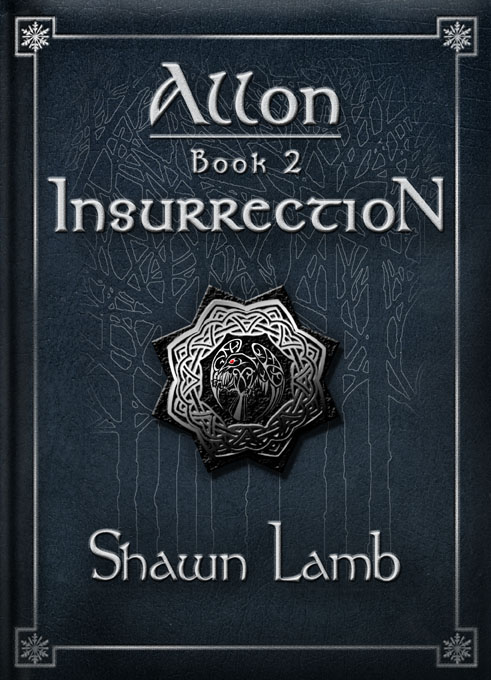 Where did you get the idea for the series?

Since I began Allon the stories have just flowed, almost effortlessly. I now have ten complete manuscripts—five of which were written in 14 months, each between 85,000 to 100,000 words. I chalk it up to God’s blessing since I barely think or take breath between them, I simply write.

Besides providing entertainment, what is the one thing you hope readers will take away from your books?

If what happened with my daughter’s friends is any indication, I’d like to see them embrace the themes. Magic is entertaining and imaginary, and I purposely downplayed the use of it compared to some—although the supernatural is an important aspect of the stories—to show how true courage, integrity, faith, and strength come from within a person to help them face and overcome adversity.

I sing first soprano and have done solos, duets, etc.

Soundtracks. I’ve became so conditioned to listen to music to score the scene I’m writing, it’s hard to listen to anything with words. I guess I’m weird that way.

An heroic John William theme. (No, not JAWS! I hate sharks.)

I think a combination of the strong female and girl next door. I can step up in a crisis and have, but am perfectly content playing a supportive role to my husband and daughter.

I’m a dog lover. Please tell us about your pets, if any.

We used to have three dogs and one cat, but all have passed on, so we’ve been pet free for three years now. My favorite dog was Boots. She was a pure breed Flat-Coated Retriever. If I ever get the desire to have another dog—that’s the breed I’ll get. Boots died ten years ago, and I still miss her. But with book promotions heating up, traveling is easier without pets.

For more information about Shawn Lamb and her books, visit http://www.allonbooks.com/home.htm.

NOTE FROM SHAWN: From the website are links to my blog and the ALLON Facebook Group page. I’ve been posting updates on Insurrection in both places. Bookmarks, flyers and promo video are coming soon.

On Sept 3-5, 2010, I’ll be featured as an Emerging Author at the Decatur Book Festival in Decatur, GA. I’ll be speaking and signing copies of Allon, along with promoting Insurrection. Last year 190,000 people attended the festival. If anyone is in the Atlanta area over Labor Day Weekend, check out the festival.